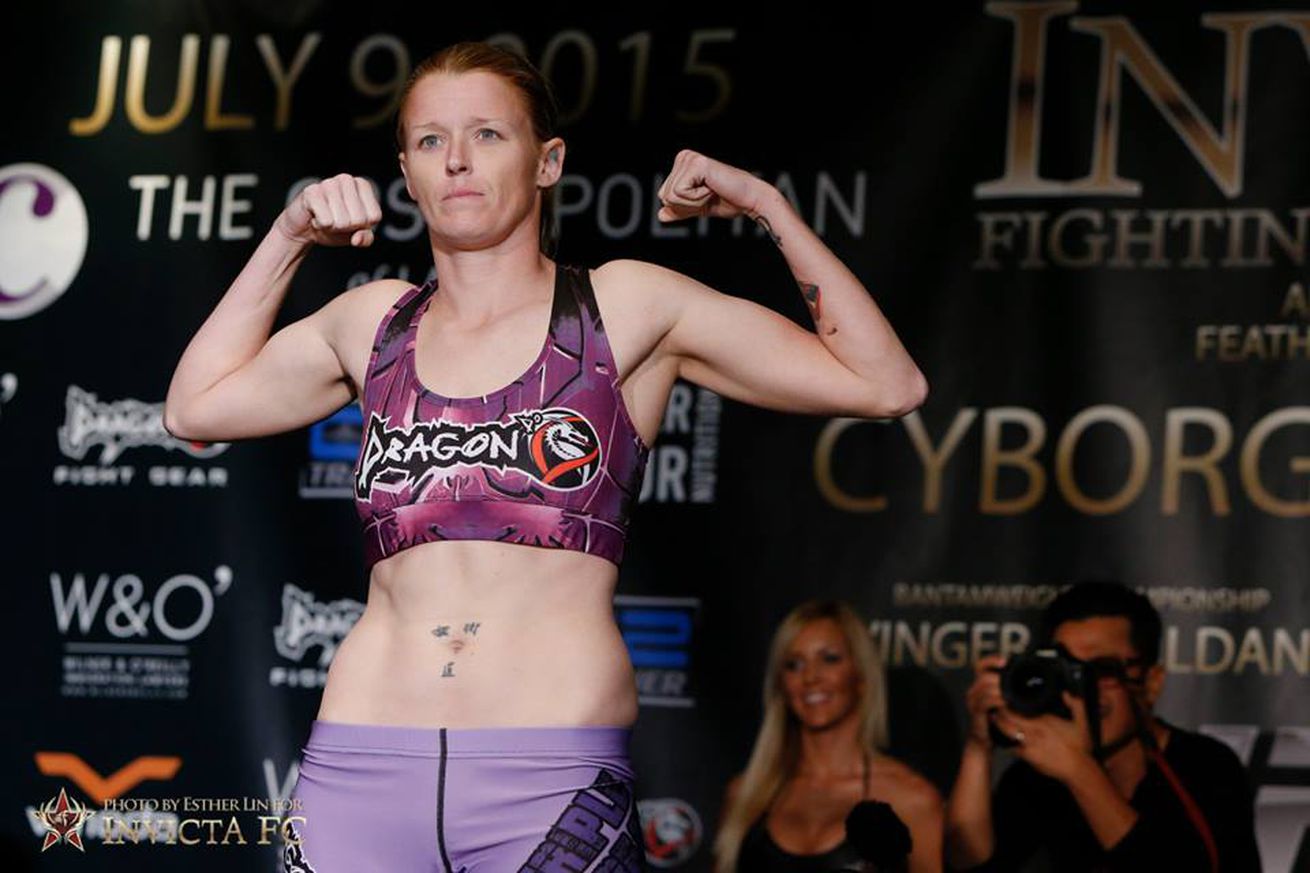 Even the now-great Georges St-Pierre wasn’t opposed to begging to get what he wanted, dropping to his knees in a now-infamous post-fight interview in an attempt to get a shot at the Welterweight title.

“It’s not that I don’t want to fight for UFC,” Evinger said. “I just don’t want to fight for somebody that doesn’t want me to fight for them. That should be anybody’s outlook on anything in life. Why should I try for something when they don’t even want me here? Obviously, I’m still gonna do the best I can do, but I’m not gonna beg to do something,” said Tonya to MMA Fighting prior to defending her belt against Yana Kunitskaya in the first round Saturday night at Invicta FC 22 in Kansas City.

For the longtime veteran, getting looked over is the story of her combat life.

“I just hate watching myself get overlooked,” Evinger said. “It was the same way in wrestling and it was the same way in every sport. I don’t fit that mold that people like right away. I think when they get to know me, they like me and they understand my sense of humor and who I am and that’s when I become friends with people. But a lot of people at first think I’m an asshole. I rub off on people the wrong way, I guess.”

The 35-year old is currently riding a 10-fight win streak, but as far as the naked eye can see, she is not on UFC’s radar.

This, despite the fact that many Invicta FC colleagues before her have gotten their chance at the big leagues such as Angela Hill, Alexa Grasso, Michelle Waterson and Cris Cyborg, just to name a few.

Do you want to see Evinger show off her skills inside the infamous eight-walled cage.?