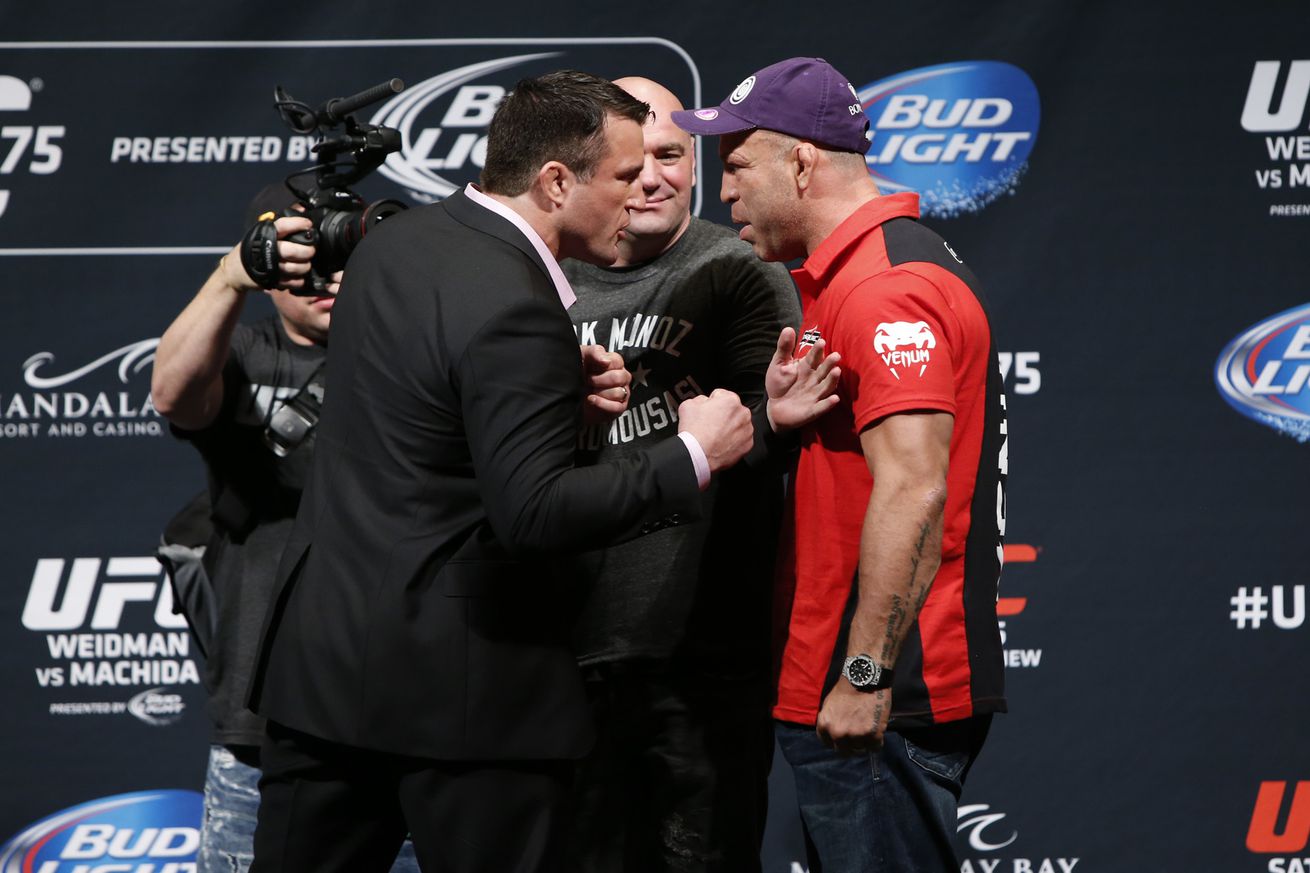 When Bellator first tried a pay-per-view event, back at Bellator 120 while still under the steely frills-free eye of Bjorn Rebney, there was a healthy amount of harrumphing to be heard if one only cared to listen. Muhammad Lawal and Quinton Jackson, the headliners for that show, had a beef that went back to van ride they took together in 2009. You might remember the other passenger, poor Bobby Lashley, left grinning in between.

The fight took place in Jackson’s native city of Memphis. Or rather, across the river from Memphis in Southaven, Miss., which isn’t exactly the fight capital of the world.

Did any of it feel arbitrary? Oh yes. Arbitrary as hell.

For a product that people had long been used to getting for free (and even then, at times reluctantly), it was a hard sell to the public. Jackson and Lawal was an old grudge in want of resolution, but not necessarily in need of our disposable income. The hook for Bellator 120 was really the lightweight title bout between Michael Chandler and Eddie Alvarez, who were trilogizing an epic series that was MMA’s version of Gatti-Ward. The bang-for-the-buck element fell to Tito Ortiz, a behemoth brand name welcoming the 185-pound champion, Alexander Shlemenko, to his density field. The bonus appearance was Michael Page, the balloon man in the wind tunnel, who fought Ricky Rainey.

It didn’t help matters that Alvarez fell out and was replaced by Will Brooks, but that show did somewhere in the vicinity of 100,000 buys. That low number might have signaled an end of pay-per-view delusions for some brands, but not Bellator.

Three years later the promotion will attempt its second PPV, and this time there are a few key differences. Instead of the Landers Center in the crooked letter state, it will be held on June 24, at none other than historic Madison Square Garden — the fight world Mecca. And instead of Rebney getting called a “d*ck rider” by Lawal on the way out, it’ll be Scott Coker and his merry band of relics on the way in.

If there’s one familiar special guest in this second PPV it’s this: The Old Grudge.

Chael Sonnen and Wanderlei Silva, who brawled visibly (though technically off-the-record) during a taping of The Ultimate Fighter Brazil 3, are going to finally meet. For patient people who’ve been dying to know how this all plays out, come June there will be resolution. This has been a fight well over three years in the making. It feels much longer.

The UFC tried to make that match at UFC 173, then the TUF Brazil 3 Finale, then again at UFC 175, but…I mean, how else to say it? UFC 175 in retrospect played out like a drug sting. Wanderlei ran from sample collectors beforehand, was plucked from the card and replaced by Vitor Belfort, and was then subjected to Sonnen’s mockery. Then Sonnen popped for a scroll of illegal substances, was plucked from the card, and made the mockery of the sport itself. The fact that Belfort — who was embroiled in the great TRT/TUE ethical quandary of that year — carried the least red tape into the situation tells you all you need to know about Wandy-Sonnen.

The thing is Sonnen and Silva don’t like each other, and that’s your premise for Bellator 180. General dislike. Never mind that Sonnen only returned from the two-year suspension (refashioned his “retirement” through that stretch) with a thud against Tito Ortiz in January, or that Silva last fought a month before Conor McGregor’s UFC debut — the grudge has no shelf life. Pending the New York commission throwing cold water on things, Sonnen and Silva will finally get to the bottom of this feud that has suffered so many detours along the way, gone through so much regulatory intervention, been so largely forgotten by the passage of time that it feels new again. This here is a faculty fight for the satisfaction of seeing one or the other get their ass handed to them. Those right there are the extent of the stakes. Belfort’s vision of a “legend’s division” is already alive and well in Bellator.

The addition of Fedor Emelianenko and Matt Mitrione in the co-main is fine, but a little odd given that we already had our minds around it in a different way. The fight was going to be broadcast on Spike TV in February, but was cancelled at the eleventh hour when Mitrione was forced out due to kidney stones. So what does it say that a fight that was destined for free television shows up again behind a pay wall? That the bluest balls you never asked for can turn back to normal for a tidy sum.

Good thing for Douglas Lima vs. Lorenz Larkin. The UFC was foolish to let the 30-year old Larkin walk, given that he just completely annihilated Neil Magny, scored a win over Jorge Masvidal, and once upon a time took out Robbie Lawler. His only loss in his last five fights was a split decision against Albert Tumenov. Larkin is at the top of his career, facing the 170-pound titleholder Lima, who has compiled a highlight reel of KOs (Koreshkov, Hawn, Saunders, Baker, et al). That’s a damn fine fight.

And the great thing is that Bellator’s 170-pound division is full of spry, momentous match-ups beyond Lima and Larkin, especially with Paul Daley or Rory MacDonald happening in May. In the traditional sense of fights within divisions being towards something, Lima-Larkin is towards something beyond just a title. So is Michael Chandler’s title defense against Brent Primus. The sidelines are active for that bout, as evidenced by Patricky Pitbull’s fleeting sanity. Sometimes it’s not just the fight that’s are fun, but the erupting volcanoes around it.

If Coker and Co. are able to score a devil’s lure of a fifth bout — a Gina Carano would certainly be nice, but perhaps a Tito versus Ryan Bader (there, I said it), or Michael McDonald against Joe Warren, or even if Aaron Pico is bumped to the main card — Bellator’s second PPV has a chance to achieve one of Coker’s favorite words.

Bellator 180, with its oddities and old grudges, its future-rich stirrings and pyrotechnics is shaping up to be a fun card. It’s a hell of a lot more substantive on whole than UFC 208, and more ridiculous fun than UFC 210. Think the main players are washed up? The night after, on June 25, the UFC will run a fight night from Oklahoma City featuring B.J. Penn. Heading into that, it’ll be like MMA just left Mardi Gras.

It remains to be seen if people are willing to buy into Bellator’s idea of fun, though, if for no other reason than they’re the ones selling it.