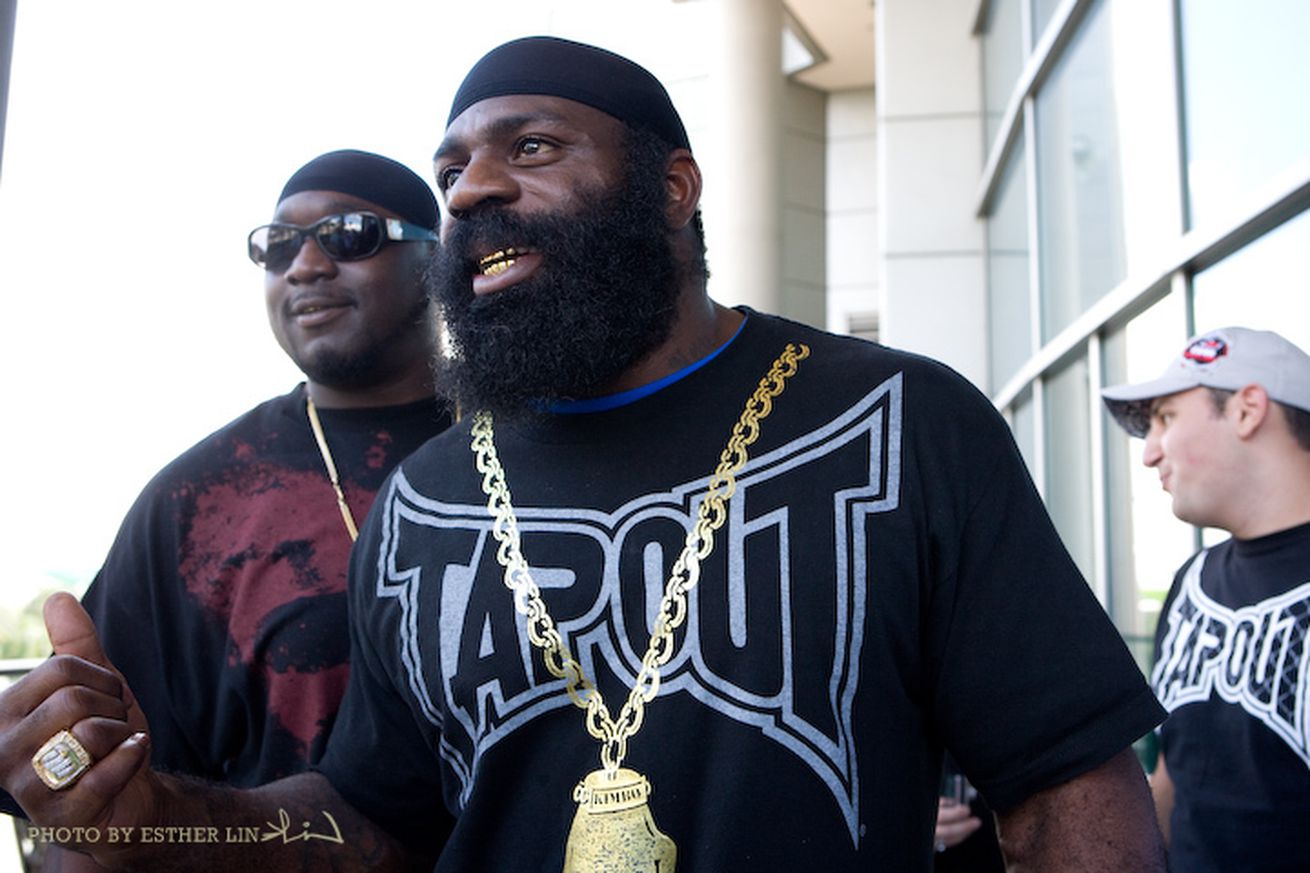 “He’s a seven-figure n—– that moved in with the white folks,” DaDa said.

Slice, for his part, makes it equally clear that if DaDa wants to proclaim himself king of the hood, that’s fine with him.

“I don’t care what he has to say about the community and what he do,” Slice said. “I’m a family man. I got a wife. I got six kids. The goal when you’re a kid is to move up and out of the hood.”

The two were in town recently to work on promos for the Feb. 19 card in the same studio in which the legendary music video for Nirvana’s “Smells Like Teen Spirit” was shot.

Unlike the chaotic scene at the end of the video, DaDa and Kimbo were kept apart. That could be in part because Dada, who has gained a measure of notoriety since the release last year of the popular Netflix documentary Dawg Fight, won’t let the matter of who’s real drop. DaDa, who promotes backyard fights in the Miami suburb of West Perrine, ripped into Slice for what he perceives as Slice’s lack of connection to his roots.

“People is just focused and disappointed that you never came back,” Dada said. “That was the thing. You never came back. You know there’s people suffering inside of the city. You know? You know what needs to be done. That’s why the rich get richer and the poor get poorer. The majority of the celebrities never have to pay for anything, hardly ever. They get caught doing a lot of stuff. So why don’t you use your black star power like I ….View full article