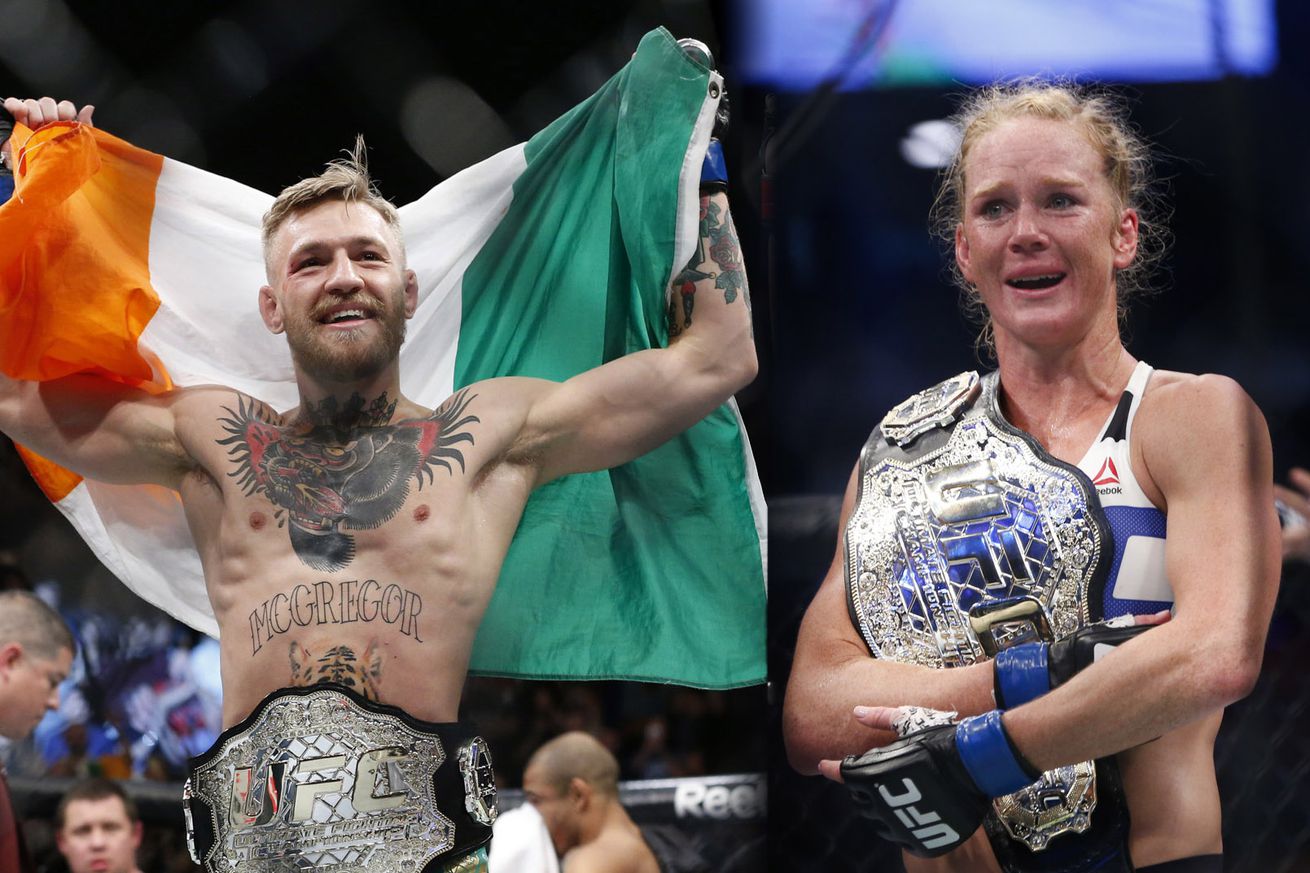 There will be two title fights headlining UFC 197 on March 5 in Las Vegas, it was officially announced Tuesday on UFC.com.

UFC featherweight champion Conor McGregor will move up and challenge Rafael dos Anjos for the lightweight title in the main event and Holly Holm will make her first title defense against Miesha Tate in the co-main.

Brazilian media outlet Lance was the first to report the champion vs. champion fight Thursday. Soon after, Bleacher Report’s Jeremy Botter had the news on both huge bouts. MMA Fighting confirmed with sources Thursday night that the fights were a go.

McGregor (19-2) will try to make history at UFC 197. No other fighter has held two different UFC belts at the same time. Two men, B.J. Penn and Randy Couture, won belts in two different divisions, but not consecutively. Penn was the UFC lightweight champion in 2009 and moved up to fight welterweight champion Georges St-Pierre for that title, but lost.

The brash Irishman, who has finished all but one of his UFC opponents, already has collected a number of records in a short amount of time. McGregor, 27, won the featherweight title from Jose Aldo via 13-second knockout at UFC 194 in December. That event broke the UFC’s gate mark at MGM Grand Garden Arena. McGregor’s win over Chad Mendes at UFC 189 in July held the previous record. UFC 194 also reportedly went over 1 million pay-per-view buys and UFC 189 came close.

Dos Anjos (25-7) has emerged over the last two years as a legitimately elite fighter after an uneven beginning to his UFC career. The Brazilian has won five straight and took the lightweight title from Anthony Pettis in a ….View full article