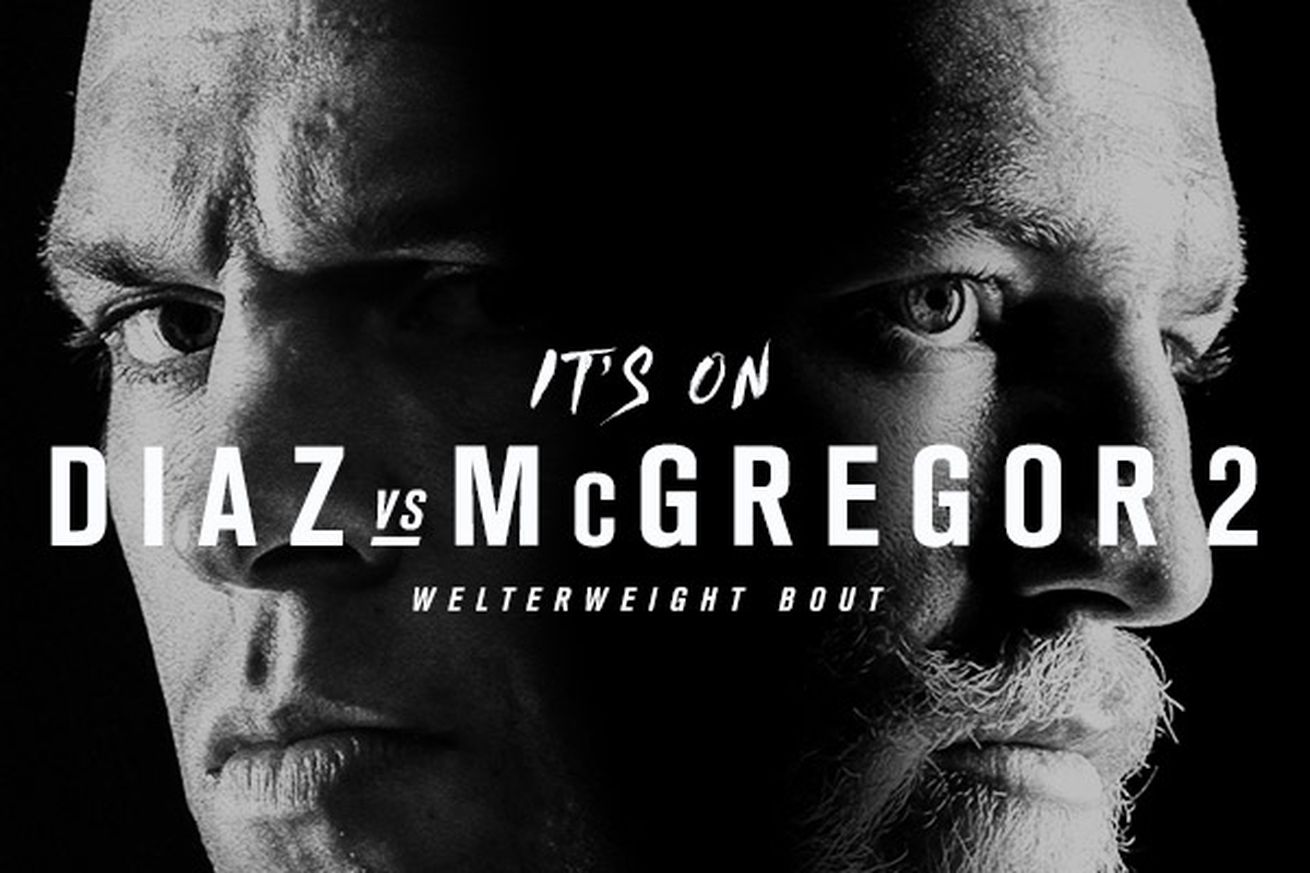 Thanks to his second-round submission win over Conor McGregor at the UFC 196 pay-per-view (PPV) event earlier this year in Las Vegas, Nevada, Nate Diaz has assumed top billing for their welterweight rematch at UFC 202, recently announced for Aug. 20, 2016 in Las Vegas, Nevada (more on that here).

That’s roughly one month away and you can check out the sneak peek of their fight poster above.

McGregor will be looking to avenge his UFC 196 loss, which came by way of second-round submission last March. Diaz, meanwhile, attempts to further extend his financial control over the world’s largest (and most profitable) combat sports promotion.

The duet were originally expected to headline UFC 200; however, some “Notorious” shenanigans threw a monkey wrench into those plans. Jon Jones took over as event headliner; albeit temporarily, but that’s all water under the bridge at this point.

To see who else is fighting at UFC 202 click here.