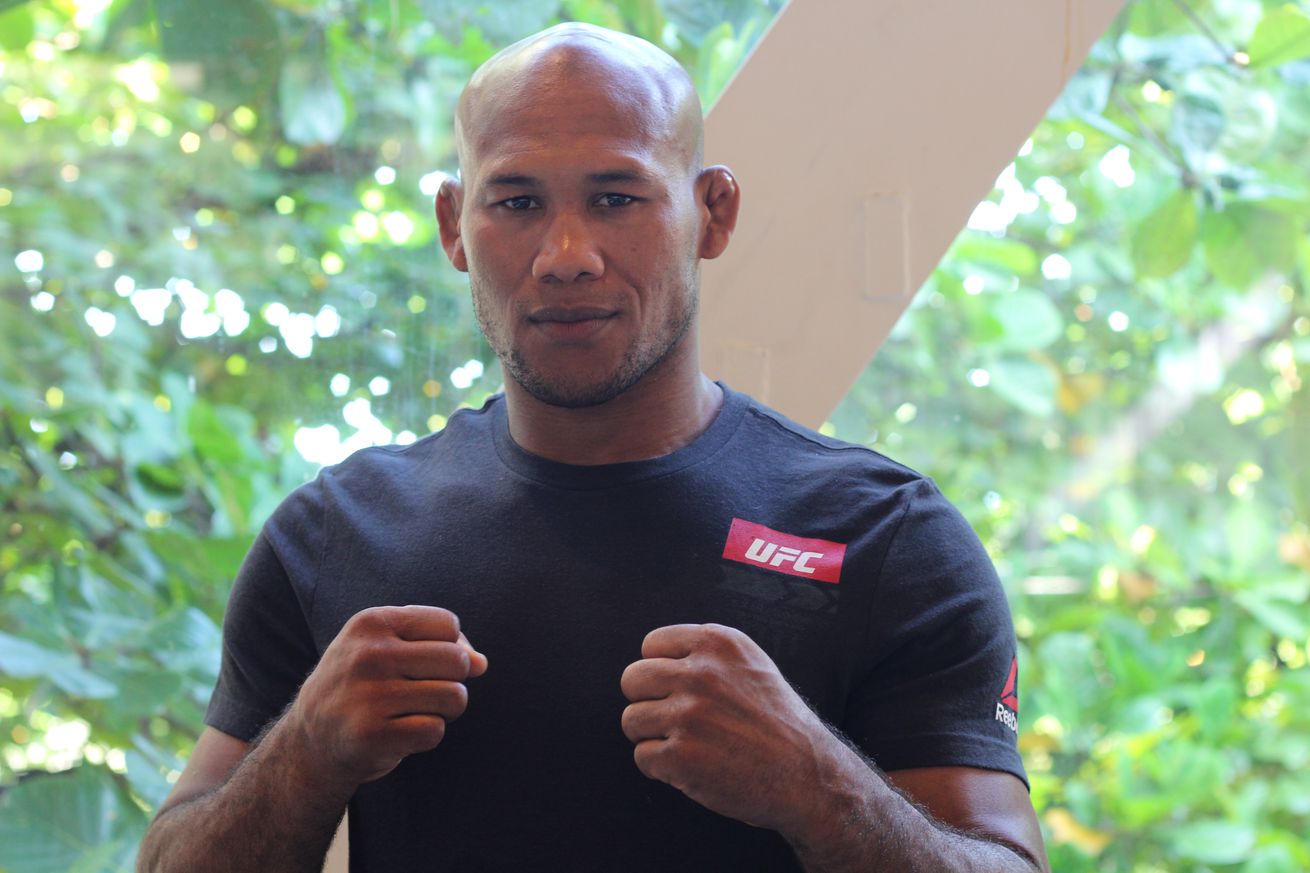 RIO DE JANEIRO — Much of the talk surrounding Ronaldo Souza ahead of his UFC on FOX 24 clash against Robert Whittaker has either been about his quest for the middleweight belt, the fact that he’s not fighting Luke Rockhold or Yoel Romero, or the upcoming title bout between Michael Bisping an Georges St-Pierre.

Make no mistake about it, though: “Jacare” is not overlooking Whittaker.

Souza and Whittaker will collide on April 15 in Kansas City, and the Brazilian is aware of the risks his opponent brings to the table. After making quick work of Vitor Belfort and Tim Boetsch in his last two fights, “Jacare” plans on ending Whittaker’s six-fight winning streak with his jiu-jitsu.

“I asked for a fight with Luke, but they realized later that he’s running, he doesn’t want to fight,” Souza said Wednesday during a media day in Rio de Janeiro, Brazil. “I also asked for Romero, but they told me Romero would wait for the belt. So they gave me Robert.

“He’s a tough athlete, a new guy that is coming up, so I have to be careful. He’s really tough. I’m focused. I’ll follow my strategy and submit him. That’s my game plan.”

Souza is currently ranked No. 3 in the official UFC middleweight rankings, while Whittaker sits at No. 6. Critics could make the case that a win at UFC on FOX 24 won’t make any difference for the Brazilian in his title run, but “Jacare” explained why he’s taking the fight anyway.

“Nothing ventured, nothing gained,” Souza said. “I’m the champion and I believe I can defeat anyone. A champion has to act this way. I have to work and fight. If I haven’t fought Tim Boetsch, how long would I be in the sidelines? If you take a good look, every athlete that stays out for a long time doesn’t come back well, and my focus is to stay active, working. It may not seem like it, but my focus is the belt.”

Whittaker, Souza says, “has great boxing, moves forward a lot, has good combinations too, and is really fast for the middleweight division, so I have to be smart in this fight.” However, being under pressure is when Souza believes he’s at his best.

The jiu-jitsu ace feels that UFC on FOX 24 is one of the last steps before a championship fight. He also clarified his recent comments about retirement.

“Everybody asks me when I’m going to fight for the belt and I get upset because I don’t know what to answer,” Souza said. “Fans are asking that a lot. I think that after I fight Robert, after I do one more fight, I don’t know, my time will come.

“The belt is important. I work to be the best. I was the champion in Strikeforce, I was world champion multiple times in jiu-jitsu, and my focus is to be the UFC champion as well. I have this dream. But if it doesn’t happen, I’m cool with it. When I said I can retire if I get tired of this, [I meant] that I won’t do something that makes me feel bad. I can do it, retire to teach jiu-jitsu. But I’m not thinking about it right now.

“I’m always focused in the next fight, I stopped thinking about the belt, it seems like I’m running after the wind,” he continued. “The goal is to work and move forward. In some way, I’m doing one step after the other towards my goal. Ask for what? I have to work, show my work inside the Octagon and do it for the fans. They will speak for me. (…) I have a good paycheck. I’m making more (money) than Bisping because I fight more often than him [laughs].”