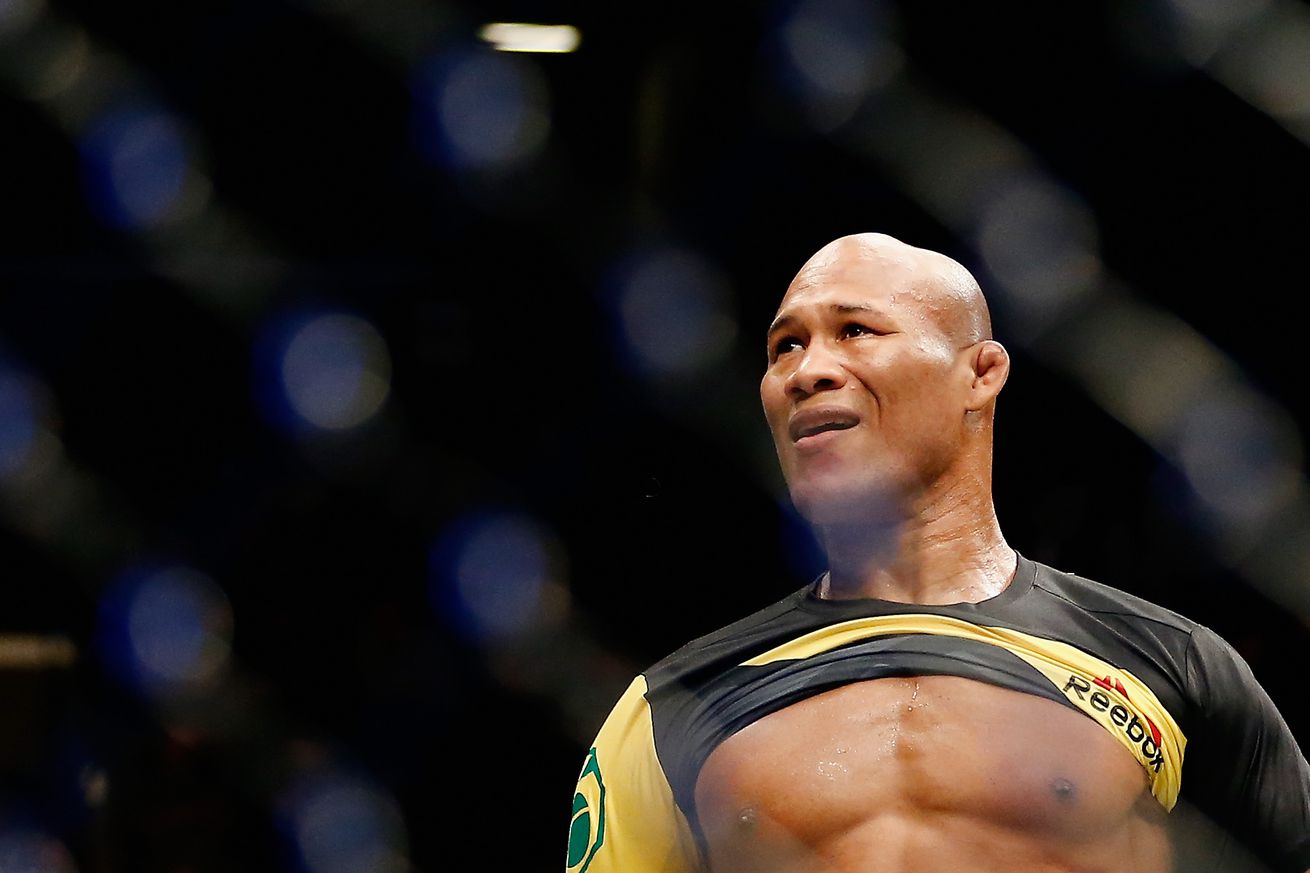 Former Strikeforce middleweight champion Ronaldo Souza is about to complete the final fight on his existing Ultimate Fighting Championship (UFC) contract, a 185-pound showdown against the venerable Robert Whittaker at UFC on FOX 24.

More on that upcoming showdown here.

Souza is currently ranked No. 3 in the crowded 185-pound division, which means a loss this weekend in Kansas City will lower his asking price at the bargaining table. A win, however, and it’s right back in the division title hunt.

Assuming there’s a pot of gold at the end of the middleweight rainbow.

“We’ve been going back and forth (with UFC officials) for a while,” Souza’s manager Gilberto Faria told MMA Fighting. “We still have not reached an agreement on his value, but we will continue to talk after the fight. Our goal is to reach a new agreement shortly. The UFC middleweight belt is Jacare’s goal. With a good contract in place, we will keep fighting the best middleweight talents out there and earn the title shot.”

No. 5-ranked Gegard Mousasi wrapped up his UFC contract last weekend at UFC 210, by way of controversial stoppage of Chris Weidman, and would no doubt like to extend his time inside the Octagon to hunt down the next middleweight champion (whoever that may be).

In not, both “Jacare” and “The Dreamcatcher” can always go home again.