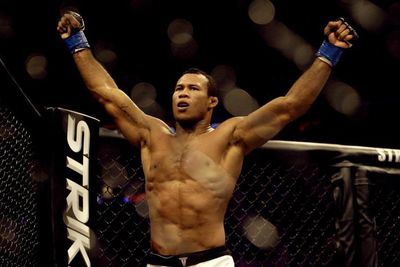 RIO DE JANEIRO — Ronaldo Souza wants a shot at the UFC title, and he thinks Luke Rockhold shouldn’t be the next in line.

Rockhold faces 185-pound champion Chris Weidman on Dec. 12, while “Jacare” battles Yoel Romero on the same night. Souza is aware of the tough competition ahead of him at UFC 194, but thinks he should be the one facing Weidman for the gold.

“Absolutely. He absolutely leapfrogged me, he shouldn’t be next,” Souza said of Rockhold during a UFC 194 media day in Brazil. “It should be me. It’s about time, my friend. I have this tough fight ahead of me. I won’t be a hypocrite to say it’s going to be an easy fight. I’m ready for a tough war, I’m ready to fight three rounds and suffer, but I’m ready to win.”

Souza lost his Strikeforce belt to Rockhold in 2011, but guarantees he has nothing personal towards the AKA product.

“Man, I think about getting the title, against Chris or Luke. It doesn’t matter,” he said. “Everybody talks about rematch, but to me that fight is in the past. I look ahead. But it would be cool to have an opportunity to ….View original article