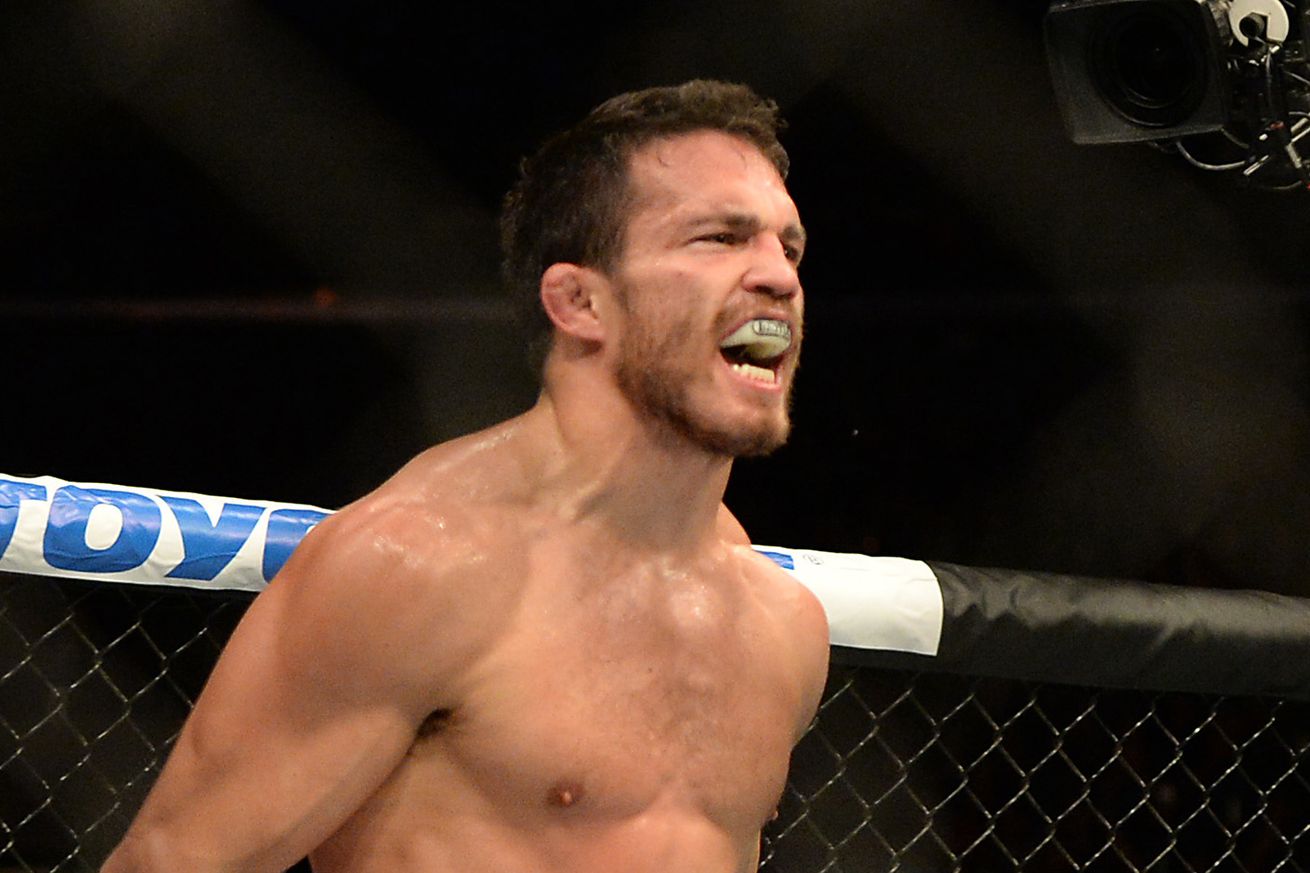 In what was one of the weirdest endings to a fight in mixed martial arts (MMA) history, Jorge Masvidal was awarded the technical knockout (TKO) victory over Jake Ellenberger after Jake’s foot got stuck in the fence during last night’s (Sat., Dec. 3, 2016) Ultimate Fighter (TUF) 24 Finale “Johnson vs. Elliot” event in Las Vegas, Nevada.

Unbeknownst to him, Masvidal proceeded to rain down strikes on Jake before Herb Dean out a pause in the action to clarify the rules with representatives from the Nevada State Athletic Commission (NSAC).

After a brief discussion, Jorge was given the TKO win since Jake couldn’t “intelligently defend himself.” And how could he with his toes stuck in the cage? As a result of the bizarre ruling, “The Juggernaut” plans to appeal the loss.

“It was very bizarre. My foot got caught in the fence and I assumed it would be restarted. At least that’s how I understood it, ” said Jake during his Fox Sports 1 post-fight interview. “I could defend myself because my mind was clear and I assumed he would restart it. But then they told me it’s over, so i have no idea,” said Ellenberger.

“But, like I said, I assumed they would restart the fight but they told me it was over,” he added. Still, Jake says he won’t accept the loss on his record, as he intends to appeal the controversial call.

“We keep moving forward, that’s all we can do. Appeal and hopefully it gets turned into a no contest,” concluded Ellenberger.

Seeing as how this is a first in Ultimate Fighting Championship (UFC) history, the appeal process could be tricky, but it’s safe to assume that Jake has a good chance to get it over turned.

Which means Ellenberger vs. Masvidal 2 could be in our future.