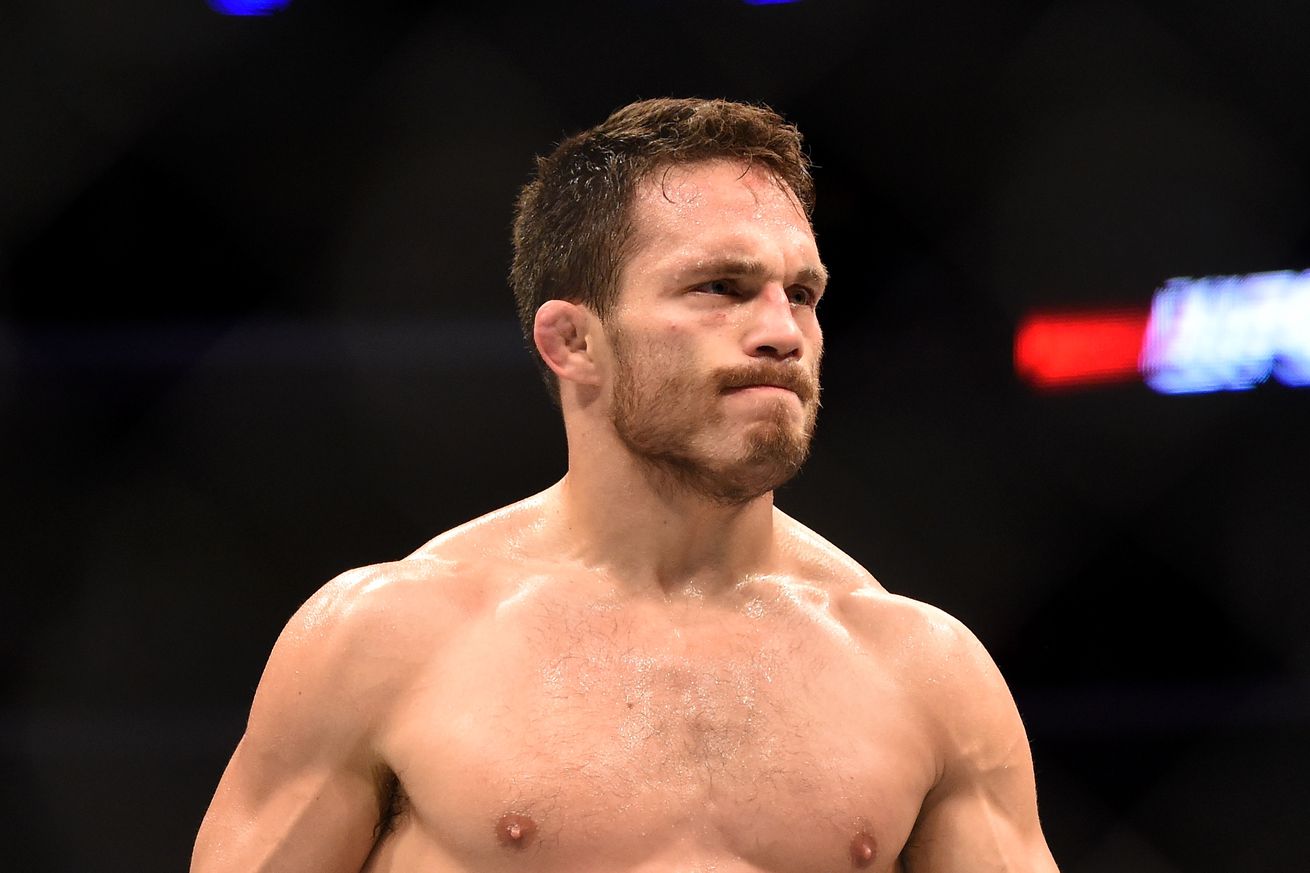 Jake Ellenberger vs. Mike Perry, according to LA Times.

Ellenberger (31-12), at one time, was one of the most feared strikers in the 170-pound division, capturing six straight and toppling the likes of Jake Shields and Diego Sanchez, among others.

Unfortunately, “The Juggernaut” has not won back-to-back fights in over three years and has been finished in four of his last six losses. One more high-profile defeat and the soon-to-be 32-year-old slugger could be on the chopping block.

Perry (9-1), meanwhile, is also looking to rebound from a recent loss, having been out-handsomed by Alan Jouban last December on FOX. “Platinum” has become something of an internet sensation — on the MMA boards — for his foulmouth and frequent humor.

He also has nine knockouts in nine wins.