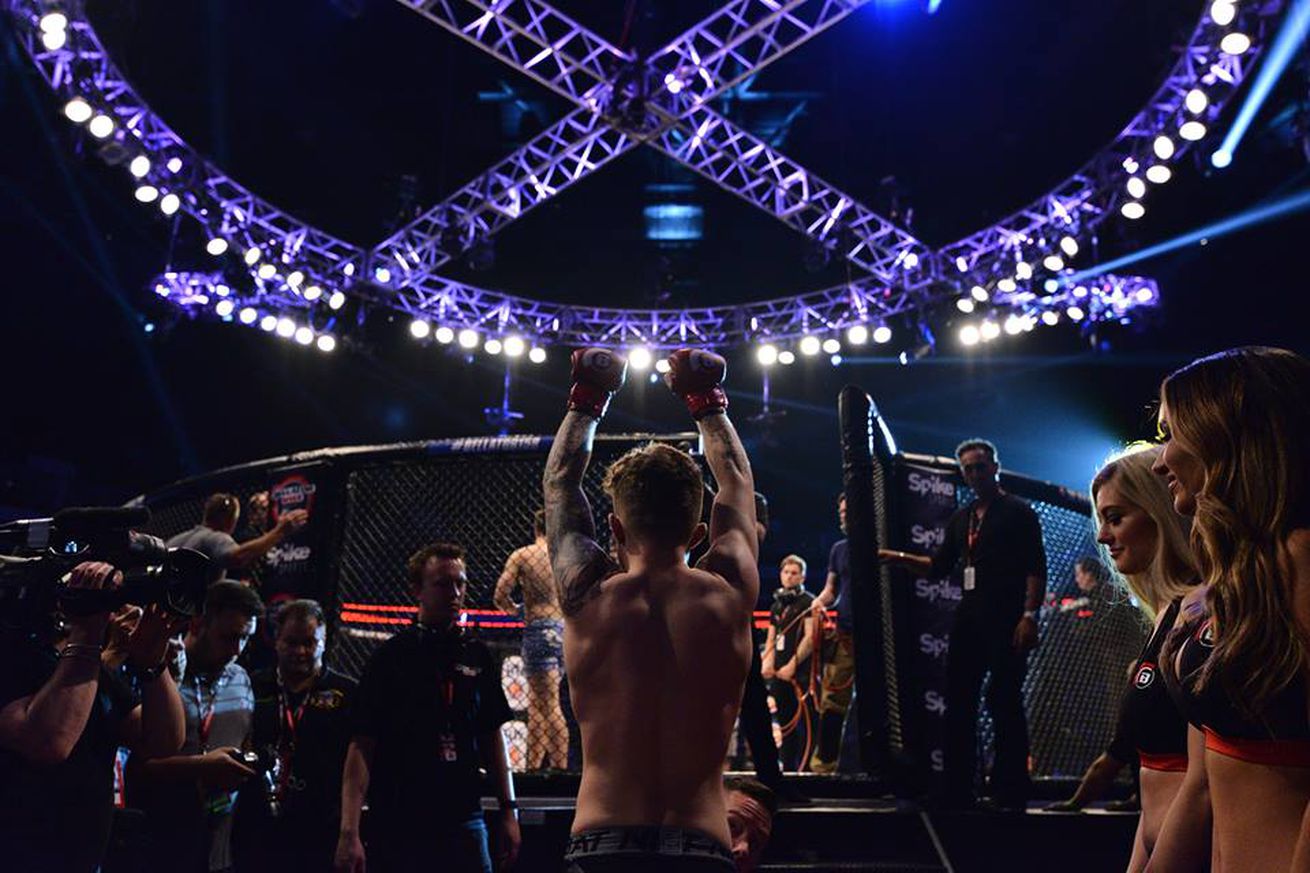 The stage is set for James “The Strabanimal” Gallagher to transform into the next up-and-coming mixed martial arts (MMA) star when the talented Irish Featherweight battles Anthony “Pretty Boy” Taylor in the co-main event of Bellator 169, which takes place at 3Arena in Dublin, Ireland, on Dec. 16, 2016.

MMAmania.com confirmed the 145-pound match up, which was first ignited on social media, this afternoon.

Gallagher, who was born and raised in Strabane, West Tyrone in northern Ireland, started his MMA career under John Kavanagh out of SBG in Dublin, Ireland. He has, naturally, already drawn comparisons to fellow Irishman — and UFC Featherweight champion — Conor McGregor because of their many similarities. Their comparisons come from them both being from Ireland and apart of Kavangh’s team. Indeed, anytime you garner comparisons to MMA’s biggest draw, stardom and popularity will surely follow.

“Strabanimal” was originally booked to fight in Israel in November, but the moment Bellator announced it was headed to Dublin, he was removed from the card to fight in his home country. Shortly thereafter, Gallagher and Taylor started their war of words on social media. Gallagher will definitely draw some “Mystic Mac” comparisons, predicting a first round finish. “Pretty Boy,” meanwhile, offered a prediction of his own — a first round knockout.

Gallagher is undefeated (4-0) in his professional MMA career, including a decision win in his Bellator debut against Mike Cutting three months ago. He finished his first three fights via submission. As for Taylor, he is even (1-1) in Bellator competition, coming off of a 27-second technical knockout over Victor Jones back in May.

3Arena in Dublin will definitely be hostile as they cheer for one of their own when fight night arrives.

To check out the latest Bellator ….View full article