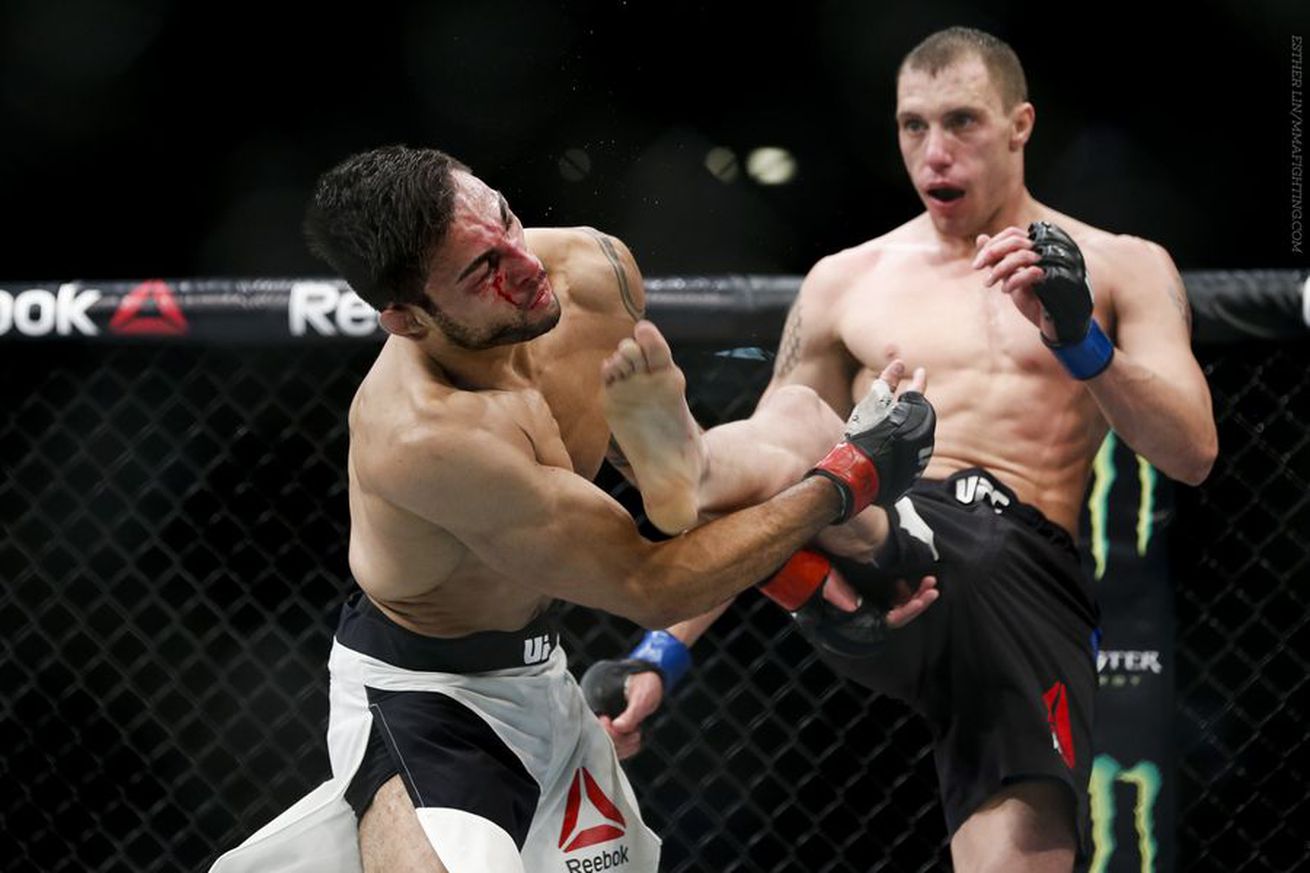 Rising lightweight star James Vick is sticking around with the UFC.

The 11-1 fighter has signed a new four-fight contract with the promotion, Vick informed MMAFighting.com.

Vick had one fight left on his deal after defeating Marco Polo Reyes at UFC 211 last month and then signed on for four more recently. He said he his next bout isn’t booked just yet, but he has been campaigning to fight veteran Evan Dunham. No fight with Dunham has been finalized at this time.

Either way, one of the UFC’s brightest young talents has decided to bypass free agency and will continue to fight for the organization.