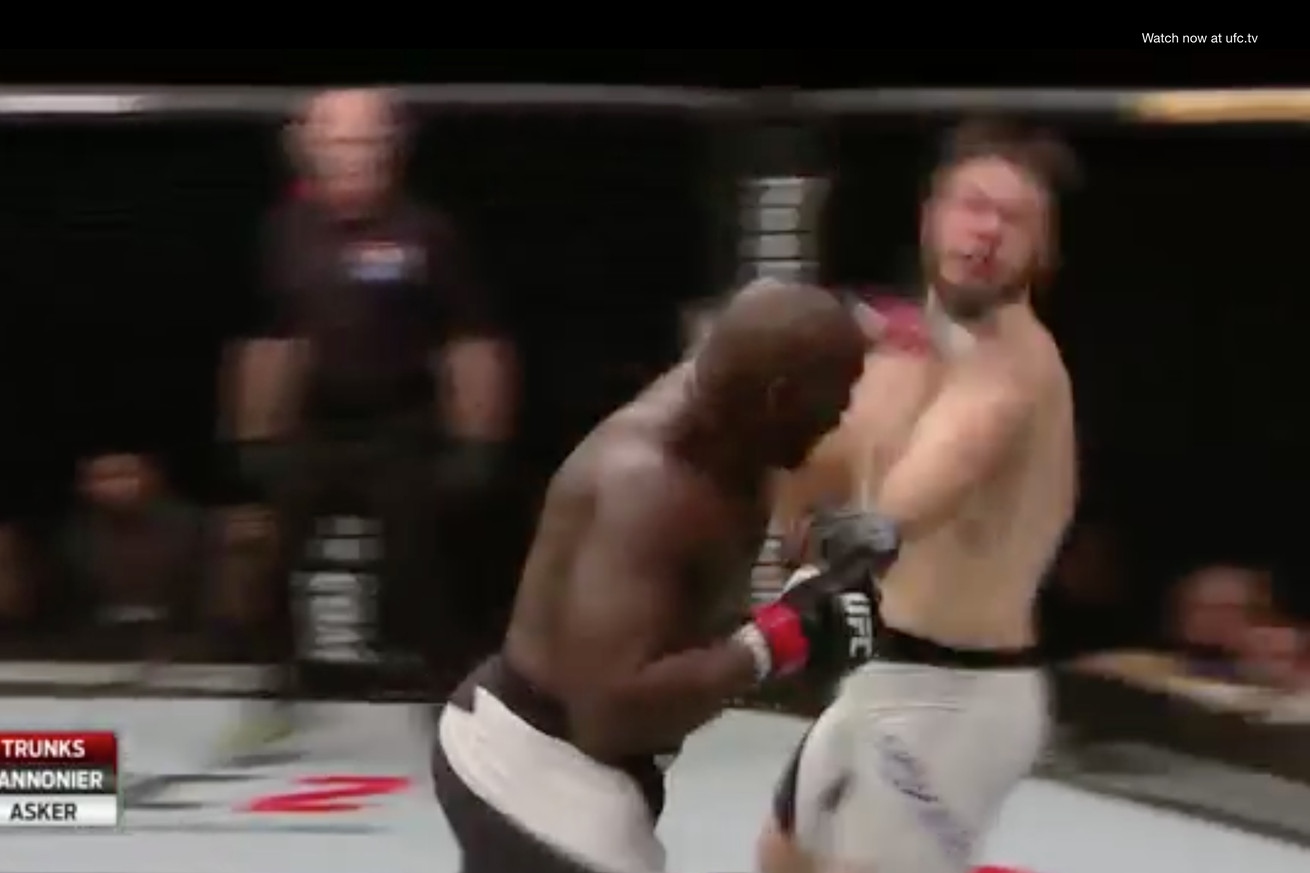 Heavyweight Jared Cannonier (8-1) earned his first UFC win with a bang. The 32-year-old American blasted his opponent Cyril Asker with a left hook, sending him straight to the canvas at this Sunday’s UFC Fight Night 86. The referee stopped the fight at 2:44 of round one.

In his post-fight interview, Cannonier said that he’s a small heavyweight and will likely move down to the light heavyweight division. Prior to this win, Cannonier made his UFC debut at UFC 182 back in June 2015 where he lost to Shawn Jordan via knockout.