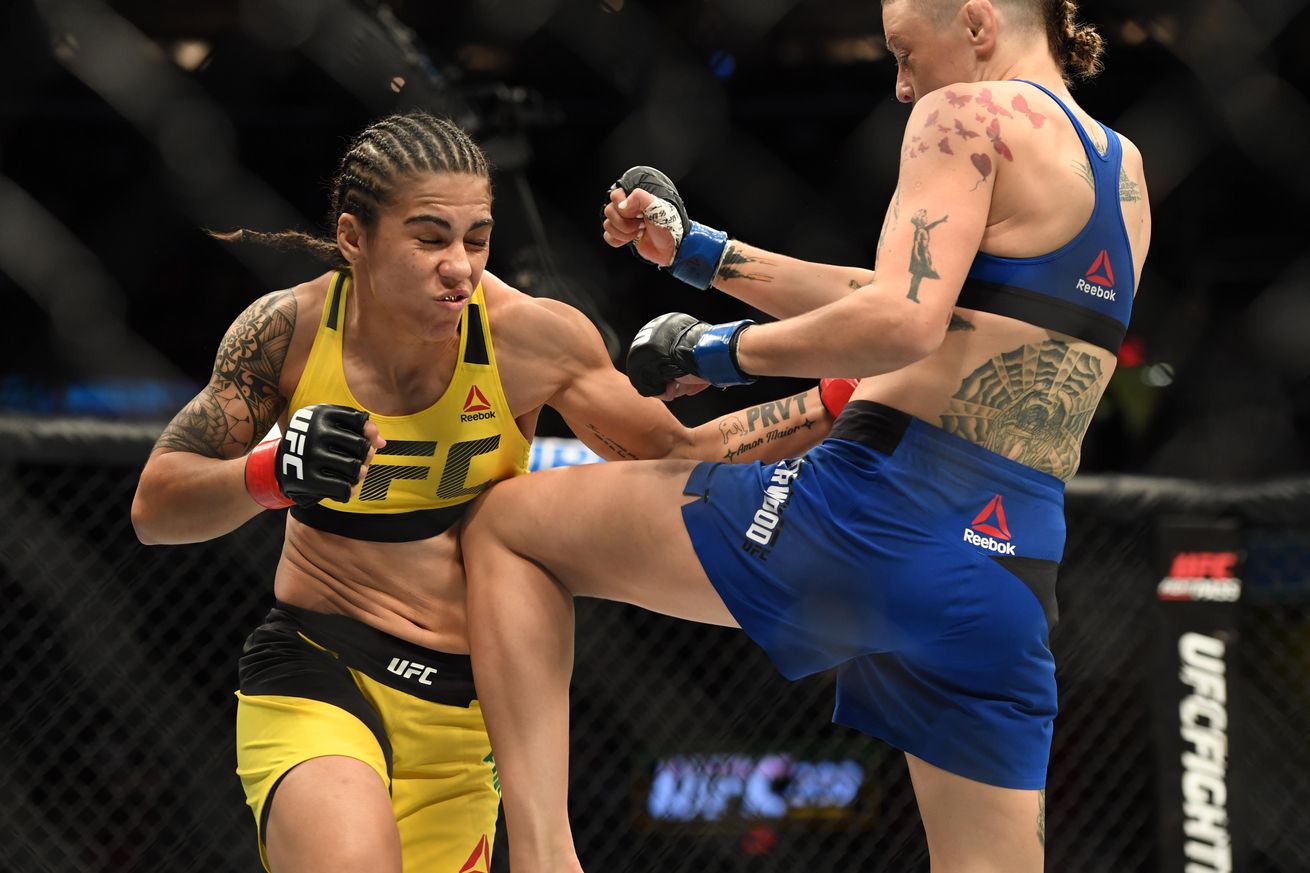 Since dropping down from 135 pounds, Brazilian youngster Jessica Andrade has taken the Ultimate Fighting Championship (UFC) strawweight division by storm. The 25-year-old recorded a knockout victory of Jessica Penne at UFC 199 in her 115-pound debut and recently submitted promising title contender Joanne Calderwood at UFC 203.

As Andrade quickly rises the strawweight ranks, she draws closer to undefeated champion Joanna Jedrzejczyk. Despite being a champion who has demonstrated world-class striking en route to defending the title three-straight times, Andrade believes Jedrzejczyk isn’t equipped to absorb damage.

“Joanna’s weak spot is Jessica Andrade,” said the Brazilian in a recent Q&A (h/t MMA Fighting). “In her last fight against Claudia [Gadelha], we could see that Joanna has a weak chin. The other girls are scared to trade with her. I’m not scared. I’ll go there to knock her out.”

While Jedrzejczyk may put herself at risk on the feet, she has begun to land her own offense at an unprecedented rate. Over her last three title bouts, the Polish champion has landed an average of 174 significant strikes. That’s downright absurd.

“Joanna is a great athlete, has good grappling, good striking, a lot of cardio, but her punching power is weak,” added Andrade. “I’ll do a great camp, get there well prepared. I’ll probably fight again before. I want to get well prepared to fight five rounds when the time comes.”

With Jedrzejczyk currently scheduled to defend her title opposite Karolina Kowalkiewicz at UFC 205 on Nov. 12 from New York City, New York, Andrade will have to wait until 2017 to get her hands on a title shot. If everything goes as planned, she will have the opportunity to pit her aggressive offensive style against Jedrzejczyk’s precision and shot selection.