Home MMA News Jessica Andrade: UFC champ Joanna Jedrzejczyk has a weak chin, and I will knock her out
ShareTweet 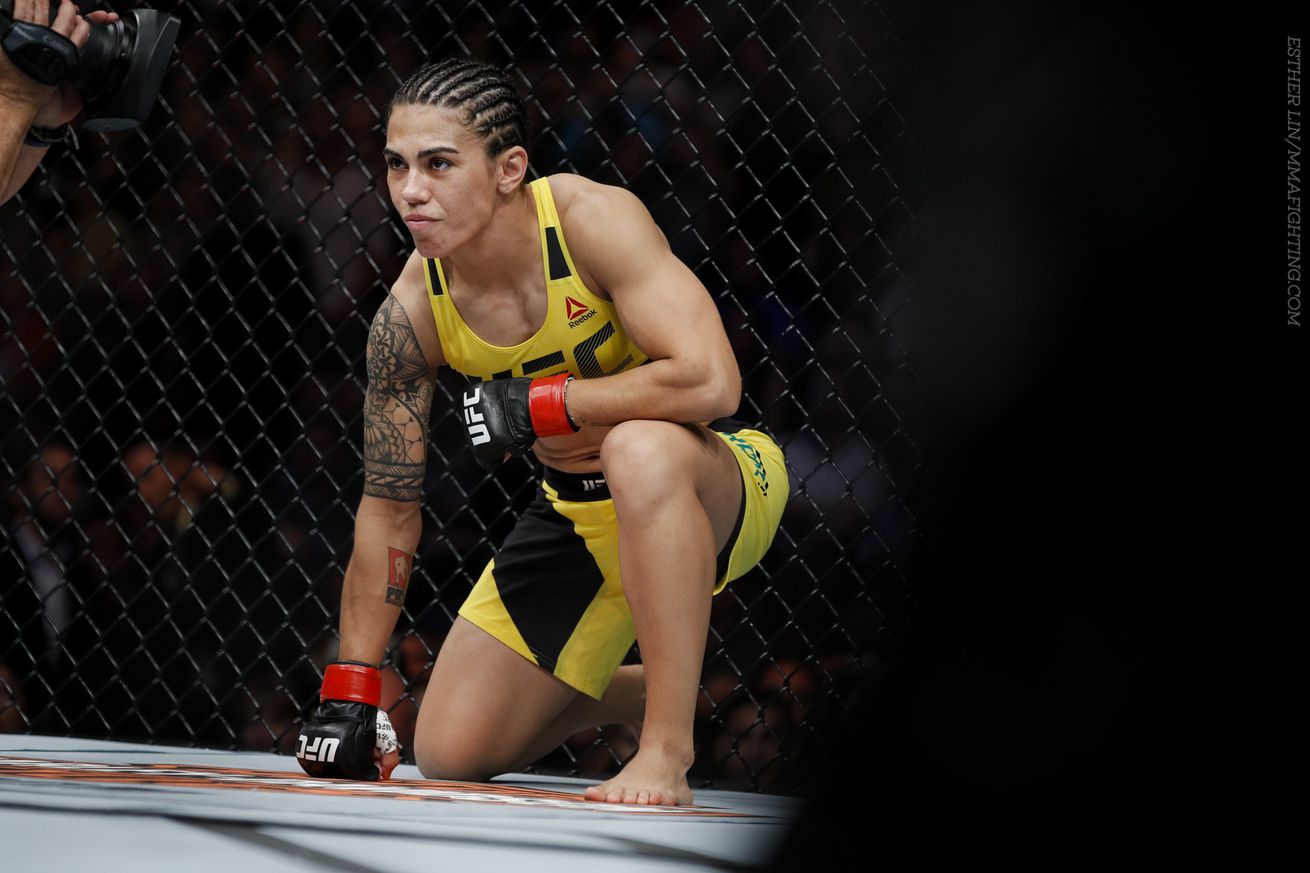 Jessica Andrade is quickly climbing the women’s strawweight rankings in the UFC, and she’s already targeting a fight with champion Joanna Jedrzejczyk.

Fresh off a win over Joanne Calderwood in September, a submission victory that already put her in the top-five of the division after a pair of stoppage wins, Andrade was a guest fighter at UFC Fight Night 95 in Brasilia, Brazil, and she had strong words for the champion during a Q&A with the fans.

“Joanna’s weak spot is Jessica Andrade,” the Brazilian said. “In her last fight against ‘Claudinha’ (Gadelha), we could see that Joanna has a weak chin. The other girls are scared to trade with her. I’m not scared. I’ll go there to knock her out.”

Jedrzejczyk is slated to defend her belt against fellow undefeated Polish strawweight Karolina Kowalkiewicz at UFC 205 in New York, and Andrade expects to fight one more time before getting a chance to fight for the UFC belt.

“Joanna is a great athlete, has good grappling, good striking, a lot of cardio, but her punching power is weak,” Andrade said. “I’ll do a great camp, get there well prepared. I’ll probably fight again before. I want to get well prepared to fight five rounds when the time comes.

“I have great cardio. I haven’t showed in my last couple of fights because they ended in the first rounds. In the striking area, Joanna will feel my hand. The strategy is to stand with her, knock her out and bring the belt to Brazil.”