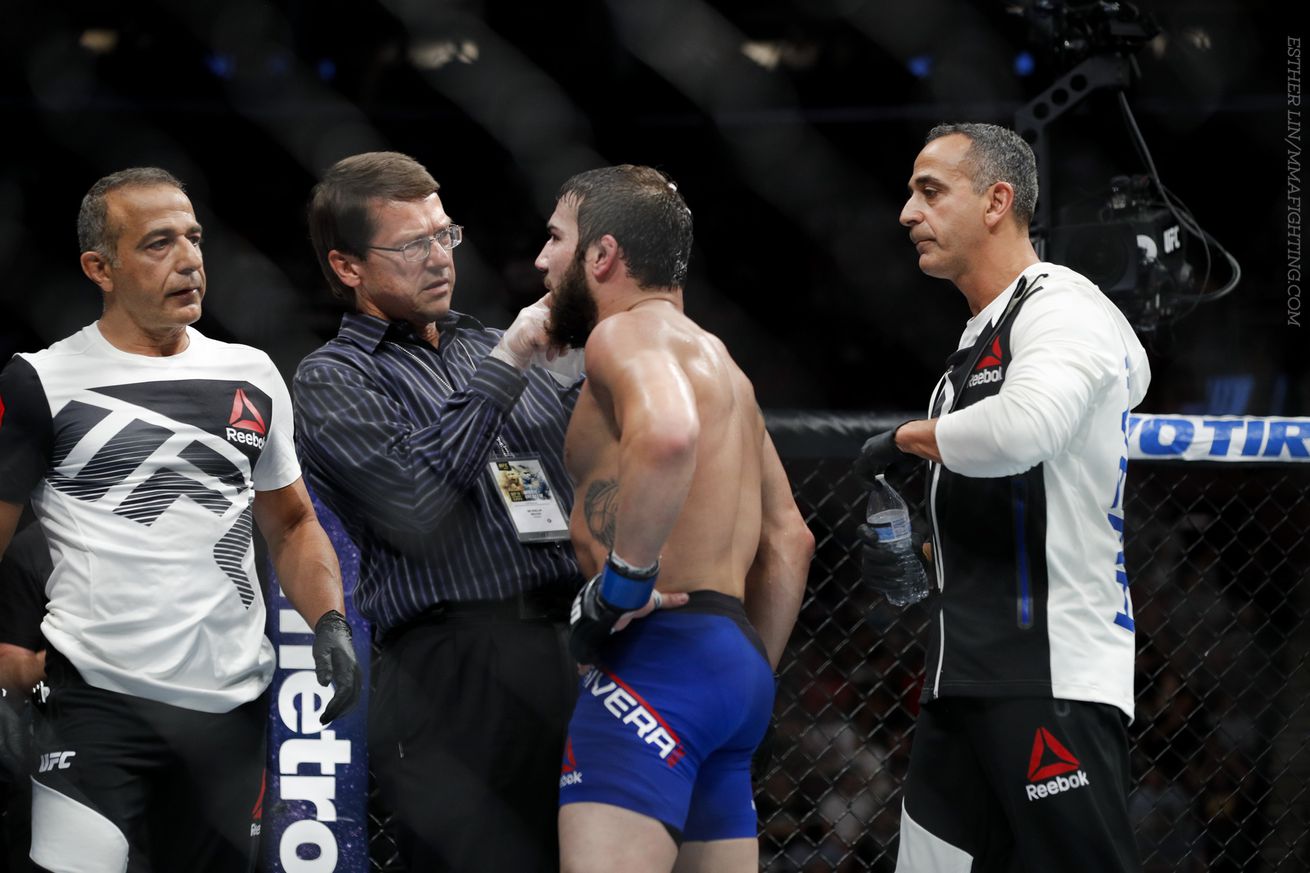 Jimmie Rivera suffered a severe eye injury in his bantamweight clash with Urijah Faber at UFC 203, and he’s not sure the eye poke was unintentional.

Rivera scored the biggest win of his MMA career Saturday night in Cleveland, improving to 4-0 under the UFC banner and 20-1 in his MMA career with a decision victory, but an eye poke early in the third round almost ruined his night.

“It was black,” Rivera told Ariel Helwani on Monday’s edition of The MMA Hour of his reaction after getting poked in the eye. “Once you get poked, until after I got out and was speaking to (Joe) Rogan, I started getting a little vision back. Half of it. Half down I could see, very, very blurry, and half was black.”

Rivera knew he was ahead in the scorecards, but was worried that telling the referee he wouldn’t be able to continue in the fight would force a no contest.

“I knew I was up ahead in the cards and I kept asking the ref how much time was left,” he said. “I’m trying to go decisions in my head, like if I say no, like I don’t wanna compete, it’s going to be a no-contest. I actually spoke to the doctor that was ringside afterwards in the back, ‘was I close on the numbers? Was I right in the numbers?’ She was like ‘you were pretty close.’ She would put up the fingers and I guessed three, but then she put two (fingers) up and I said one. I was just guessing.

“I was just like, ‘you know what, I’m close, this is a lifetime opportunity. I’m gonna go there and I’m gonna finish this fight. I’m not gonna give up. I’m gonna keep it going. It’s something I gotta do.'”