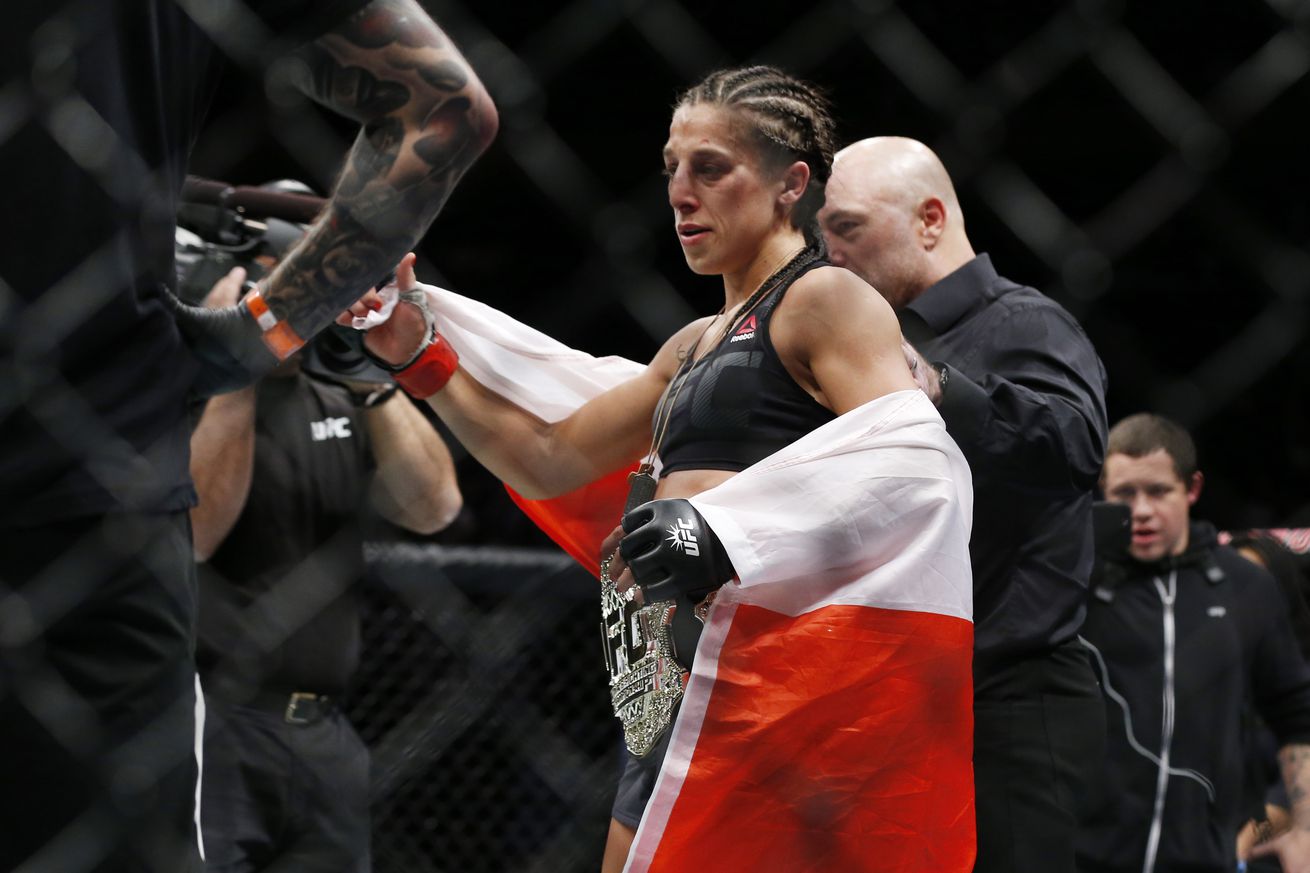 Conor McGregor made mixed martial arts (MMA) history this past weekend (Sat., Nov. 12, 2016) at UFC 205 by claiming the lightweight title following his knockout win over Eddie Alvarez in New York City (see it), becoming the first Ultimate Fighting Championship (UFC) fighter to hold two separate titles in as many divisions at the same time.

Now, Joanna Jedrzejczyk — who defeated Karolina Kowalkiewicz (highlights) to retain her strawweight title in “The Empire State” — hopes to follow in the footsteps of “Notorious,” as she says she aims to become a multi-division champion. It’s something she says she’s earned after knocking heads at 115 pounds, and she hopes to do the same at 125 pounds.

She broke it down on her recent appearance on The MMA Hour:

“Yes, in 2017. I think I earned that, I deserve that and I feel like I got so much attention from the media, the international media and from Dana. I look to go for great fights. I think this might happen. I want to enjoy my victory, I have some work to do, enjoy some time with my family and then I will talk to UFC, with Dana and we will figure out what to do.”

Of course, UFC doesn’t have a women’s flyweight division just yet, though Joanne Calderwood and Valerie Letourneau competed in the promotion’s first women’s 125-pound fight at UFC Fight Night 89 earlier this year, with “JoJo” winning via strikes.

As for as her potential retirement plans, that won’t happen anytime soon, as “Joanna Champion” says those goals are further down the line, as she still has plenty of things she wants to accomplish in her fighting career.

That said, she likely won’t return to action until March of 2017, as Jedrzejczyk is taking some time off to relax ….View full article