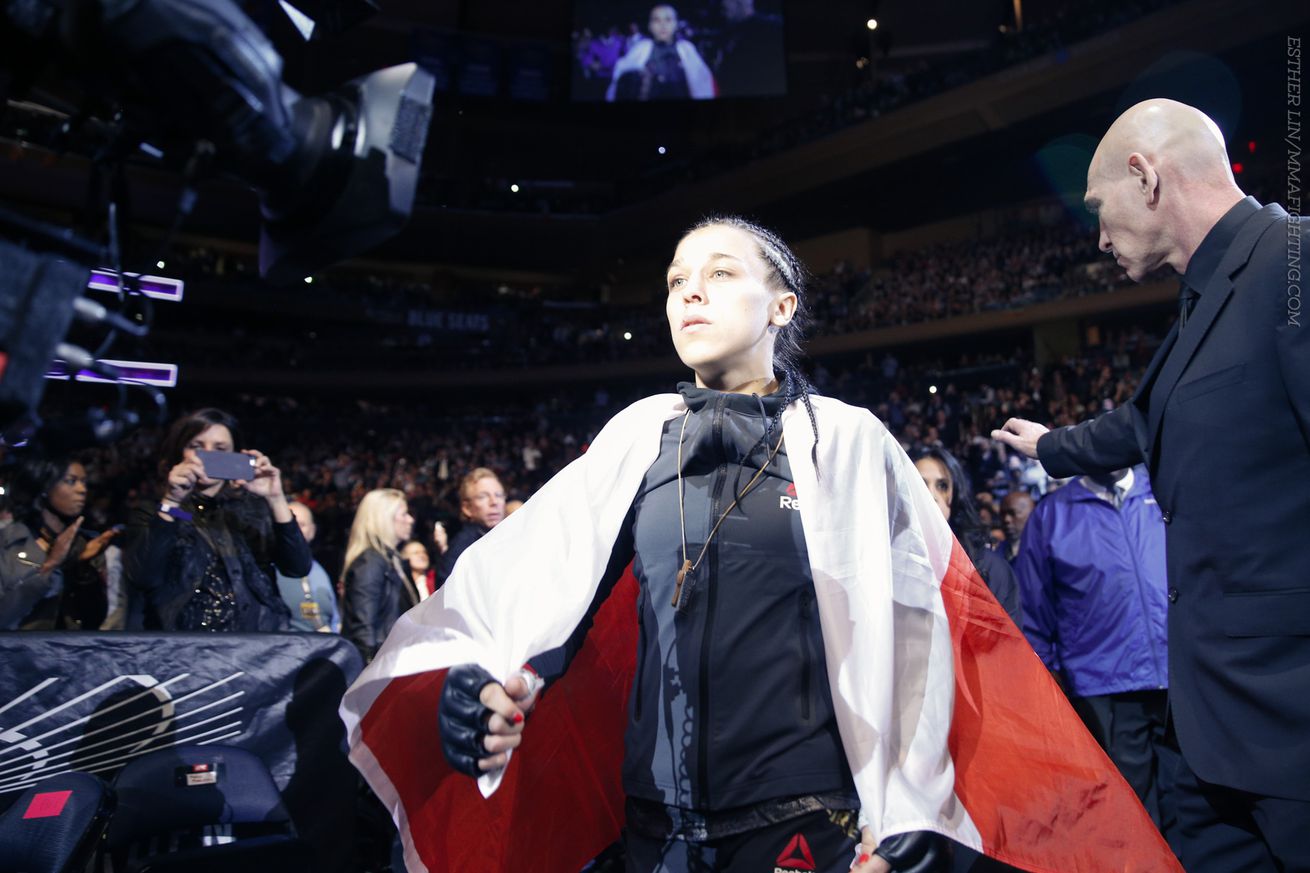 A second championship bout was officially announced for UFC 211.

Headlined by heavyweight champion Stipe Miocic against Junior dos Santos, the pay-per-view card in Dallas will feature strawweight queen Joanna Jedrzejczyk against Jessica Andrade. The event takes place at the American Airlines Center on May 13.

Jedrzejczyk (13-0) started her run as UFC champion with a win over Carla Esparza in 2015, and stopped Jessica Penne to defend her belt three months later. After back-to-back knockout victories, the Polish talent scored decision wins over Valerie Letourneau, Claudia Gadelha and Karolina Kowalkiewicz.

Andrade (16-5) earned a shot at the UFC belt after an impressive 3-0 run as a strawweight inside the Octagon, finishing Jessica Penne and Joanne Calderwood before a “Fight of the Night” win over Invicta FC champion Angela Hill earlier this month.

It’s on! #UFC champion @joannamma is returning to Dallas to defend her title for a 5th time! What do you think of her opponent for #UFC211? pic.twitter.com/oxfIrnJKIb