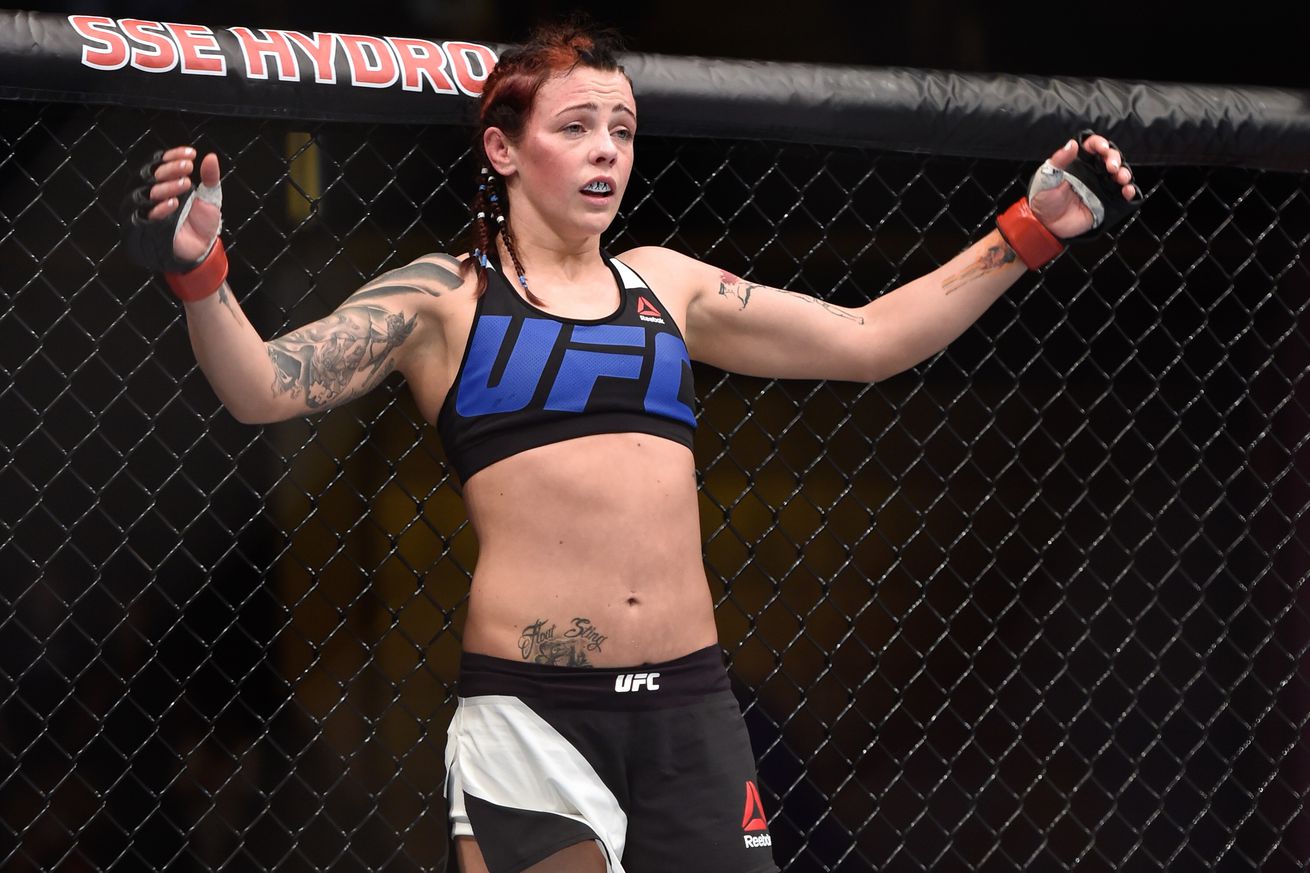 “JoJo” forgoes Scotland for Canada, and will potentially move to Tristar Gym for her next UFC training camp. But will she be preparing for “Thug Rose?”

No. 8-ranked women’s strawweight contender Joanne Calderwood may opt for a change of scenery as she decides whether or not to conduct her next UFC training camp at the prestigious Tristar Gym in Montreal, Quebec, Canada.

It may very well be a needed switch.

As for her next opponent? Well, that just might be a familiar face if she has her way.

Calderwood talks with MMA Fighting about what’s in store for her next Octagon jaunt:

“As for a fight, I’m going to give it four weeks to get settled and then see if Tristar would be happy [with] me fighting…April onward would be perfect. I’m not one for calling anyone out as you know, but Rose got my fight and we both got fight of the season [on TUF 20] and I think it’d be an even better fight outside the house with her being with her team and me being a whole lot better fighter all around. But apart from that, [I’ll take] anyone.”

After pulling out of her most recent contest due to injury, The Ultimate Fighter (TUF) 20 contestant, Rose Namajunas, filled in and smoked the surging Paige VanZant (video) atop a Fight Pass-exclusive UFC Fight Night 80 card last December.

“Thug Rose” previously bested the Scot in the TUF 20 quarterfinals back in 2014.

That fight doesn’t count as an “L” on Calderwood’s professional record, but she clearly sees an opportunity that makes both sense for the division and her career. After all, Namajunas took the “Sin City” scrap — and her spot — on somewhat short notice.

Now on the mend from her knee injury, “JoJo” ….View full article