Home MMA News Joanne Calderwood: ‘There’s going to be a lot’ of UFC women who would move to 125
ShareTweet 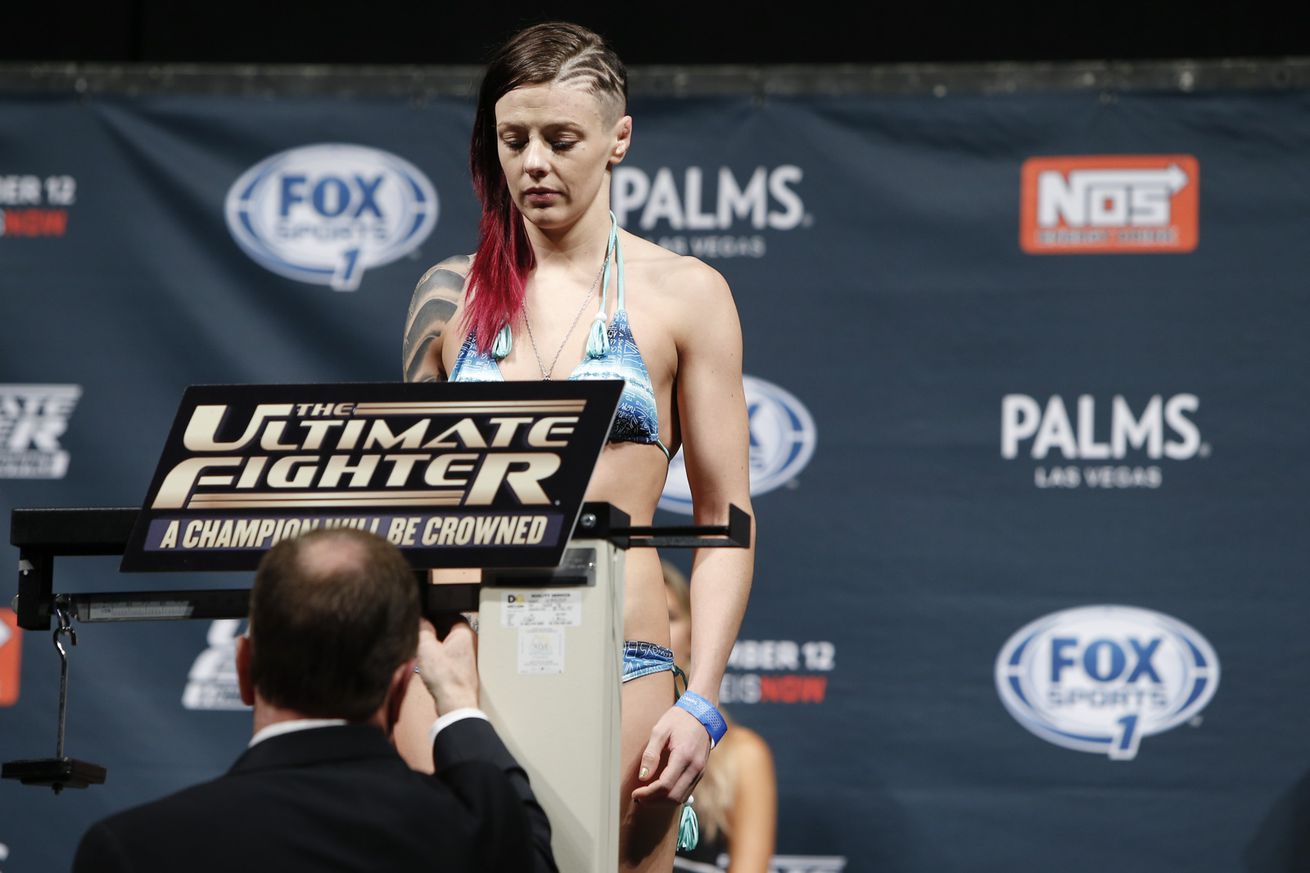 When Joanne Calderwood meets Valerie Letourneau on June 18 at UFC Fight Night 89, a little slice of UFC history will be made. The fight is being billed as a “special flyweight attraction” and is expected to be contested at 125 pounds, rather than the 115-pound strawweight division for which both women have grown accustomed.

The UFC currently has two women’s divisions, bantamweight and strawweight, and has stated that the bout between Calderwood and Letourneau is for now only a one-off. It is a stroke of good luck for Calderwood though, and further proof that in the fight game, it pays to ask for what you want.

Calderwood said Monday that the idea originated when UFC matchmaker Sean Shelby called and asked her to fight on seven weeks’ notice at UFC Fight Night 89. Calderwood wanted to accept the fight, however it usually takes her upwards of 10 weeks to cut down to the strawweight limit, so she wondered if it could be contested at a catchweight instead.

“I just asked him out there, like, (take a) chance,” Calderwood said on The MMA Hour. “I knew I was asking for him to be like, ‘shut up b*tch and get on with your day, you’ve signed your contract at 115.’ But actually he got back to me and he was like, ‘I’ll let you know.’

The long-shot worked, and Calderwood is now set to unofficially debut the division in the Octagon at UFC Fight Night 89. Her opponent, Letourneau, is another large strawweight who tends to ….View full article