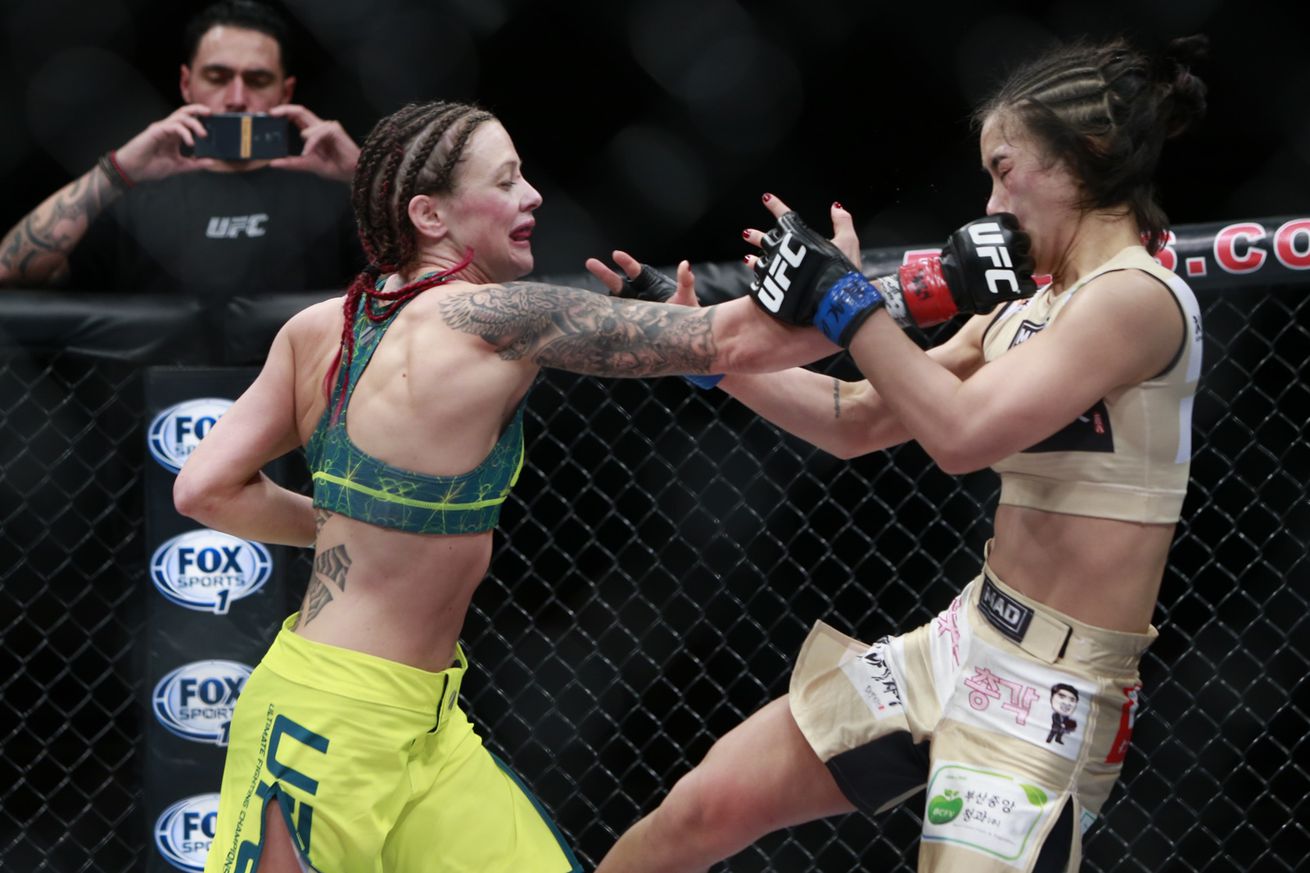 Joanne Calderwood is getting right back to work.

The popular Scottish fighter will meet Jessica Andrade at UFC 203, the promotion announced Wednesday. According to journalist Jim Edwards, the fight will take place in the 115-pound strawweight division.

Last month, Calderwood (11-1) defeated Valérie Létourneau via third-round TKO in a flyweight fight, while Andrade (14-5) is coming off a second-round TKO win over Jessica Penne at UFC 199.

UFC 203, headlined by Stipe Miocic vs. Alistair Overeem for the UFC heavyweight title, will take place Sept. 10 in Cleveland. The card will also feature the MMA debut of former WWE star CM Punk vs. Mickey Gall.