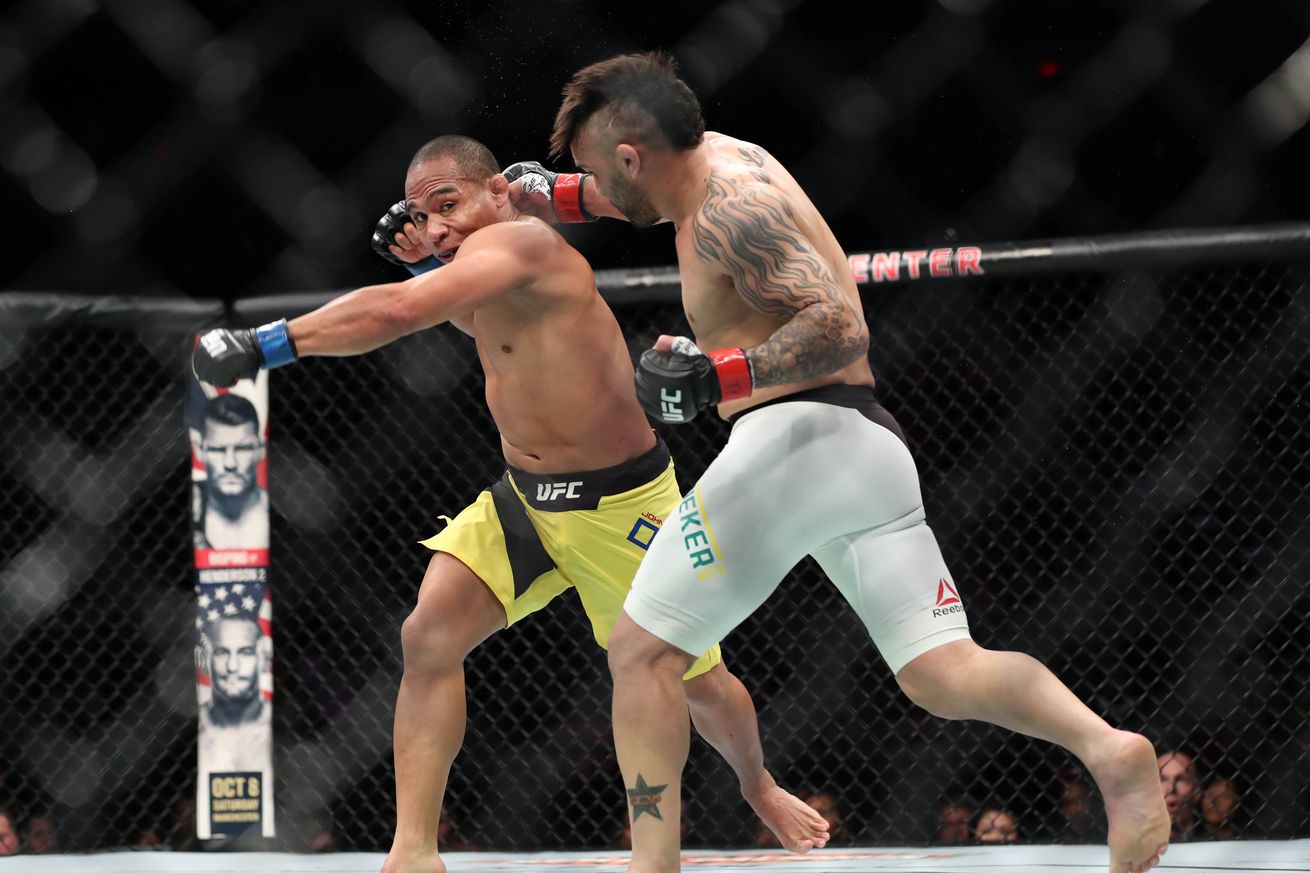 Even when he’s unhappy, you wouldn’t know it, as John Dodson’s happy-go-lucky personality always shines through even in defeat.

“The Magician” joked about his good-looking appearance following his five-round war against John Lineker in the main event of UFC Fight night 96 (see it), which went down last night (Sat., Oct. 1, 2016) in Portland, Oregon, despite coming up short on the judges’ scorecards.

“I still look handsome as hell. He came out looking like Frankenstein, so I don’t know what’s up,” said Dodson during the post-fight presser via MMA Junkie.

It’s pretty much his way of saying the score keepers got it wrong. Much like he feels they did against his teammate Carlos Condit, who also lost a close decision to welterweight champion Robbie Lawler earlier this year.

“I did the whole Carlos Condit-Robbie Lawler thing, and sure enough, they gave it to Robbie Lawler again,” Dodson said. “I was like, ‘What the hell are y’all thinking? I didn’t know you could make someone miss so many times and still be on the losing end.”

Indeed, Dodson may have had the better stats overall, as far as the punches thrown versus landed ratio, but “Hands of Stone” always kept pressing forward, which always looks good to a judge. Nevertheless, Dodson will take the loss with a grain of salt and move on.

Still, “The Magician” says he now has an entirely different score to settle with Lineker as opposed to keeping his mind occupied on his beef with current UFC Flyweight champion Demetrious Johnson.

But, it will likely be a while before these two talented 135 pounders get the chance to run it back, as Lineker is inching himself closer to a shot at the division strap after picking up his sixth straight win, while Dodson will have to go back to the ….View full article