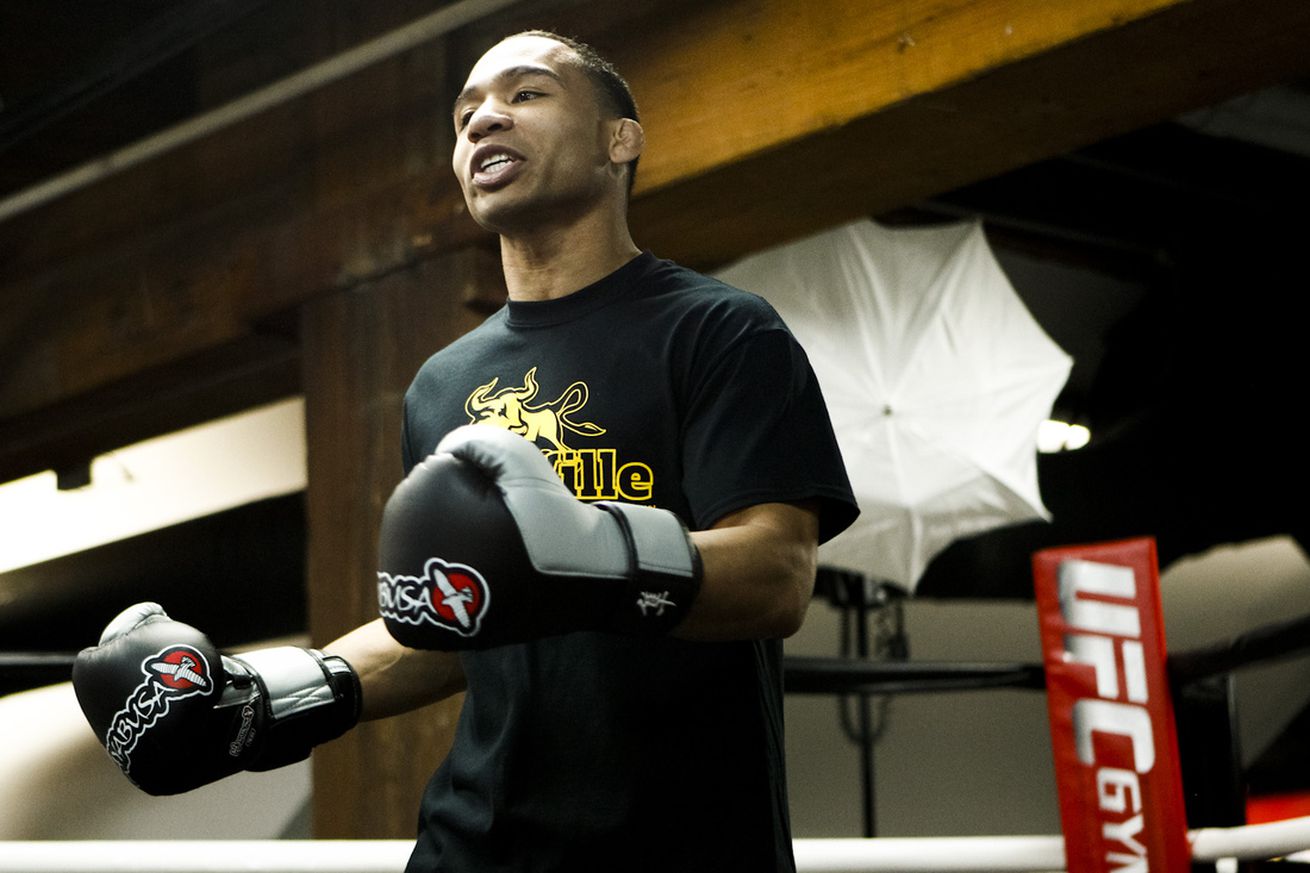 John Dodson has learned from experience that executing a superior game plan and entertaining the fans in attendance are two very separate, independent things.

Dodson put on a master class against fellow bantamweight contender Eddie Wineland in a battle of knockout artists at UFC Fight Night 108 on Saturday night in Nashville. Dodson was extremely adept at blitzing in, hitting Wineland and then getting out before Wineland could land anything back.

It might not have been a strategy conducive to a finish necessarily. But it was a good one if you want to win a fight (which is, after all, the name of the game) and Dodson carried it out perfectly to earn the clear unanimous decision against Wineland, who has one-hitter quitter power.

The Bridgestone Arena crowd, though, did not seem to dig the bout and booed throughout. Dodson even got some boos afterward during his post-fight interview with Brian Stann. Dodson wishes fans appreciated other aspects of MMA more, not just the rock-’em-sock-’em potential of cage fighting.

“Eddie Wineland is a tough competitor,” Dodson said in a post-fight media scrum. “A true veteran of the sport. People need to give this man as much respect as he deserves. They need to stop booing and look at the art that we have put out there for them. We showed beautiful talent, technique, movement — and a lot of people hate movement, oh my god. They’re out there saying footwork is like the devil. It’s not the devil, people. It’s called evading strikes. People, we learn how to fight not to go out there and be hit, but to evade strikes and make sure that we land significant ones. If you look at my punch record, my accuracy is pretty high.”

Hitting and not getting hit seems like a good strategy to win fights and also preserve longevity in a dangerous and relatively low-paying sport. Fans like to see finishes, though. Or bloody, back-and-forth wars. And Dodson knows it.

Dodson (19-8) has won two of three since his return to bantamweight after falling to flyweight champion Demetrious Johnson for a second time. He’s been having issues getting opponents since a split-decision loss to John Lineker last October. Dodson, 32, has blazing speed, fine technique and big-time power to boot. In other words, he’s not someone many fighters want to see across from them, especially since he was coming off a loss.

Dodson doesn’t understand that, though. The way he sees it, other bantamweights should want to face the best. And Dodson certainly fancies himself as one of the best. After all, he does have a TKO victory over No. 1 contender and former champion T.J. Dillashaw back in 2011.

One name that Dodson would like to tackle next is Jimmie Rivera. Dodson offered to fight him on short notice earlier this year, but Rivera turned it down, saying Dodson was too boring on social media

“There’s somebody else I’d love to crack and beat the sh*t out of and that’s Jimmie Rivera,” Dodson said. “If he wants me to go out there and stand in the pocket, I’ll show I can stay in the center of the Octagon. If he wants to throw down with me, let’s see. Quit being a bitch.”

Dodson has had fights marked by inaction. He also have five knockouts in the UFC and some of the most devastating KOs in the history of the lighter weight divisions. In MMA, though, you’re only as good as your last performance. And even though Dodson’s was excellent Saturday night, it didn’t satisfy the bloodlust of the Nashville fans.

As Dodson explained, perhaps fruitlessly, Wineland is a very dangerous opponent with the ability to finish the fight with a single punch. If he wanted to win, he couldn’t get all reckless.

“Fans just don’t understand that, because one, I think they’re a little too inebriated,” Dodson said with a laugh. “They just got done with the Predators [hockey] game, this is where they play. And I can guarantee you that 90 percent of those dudes don’t know who’s on that team. They probably saw that defender and said, ‘Who the hell is that black dude, does he play for the Tennessee Titans?’”