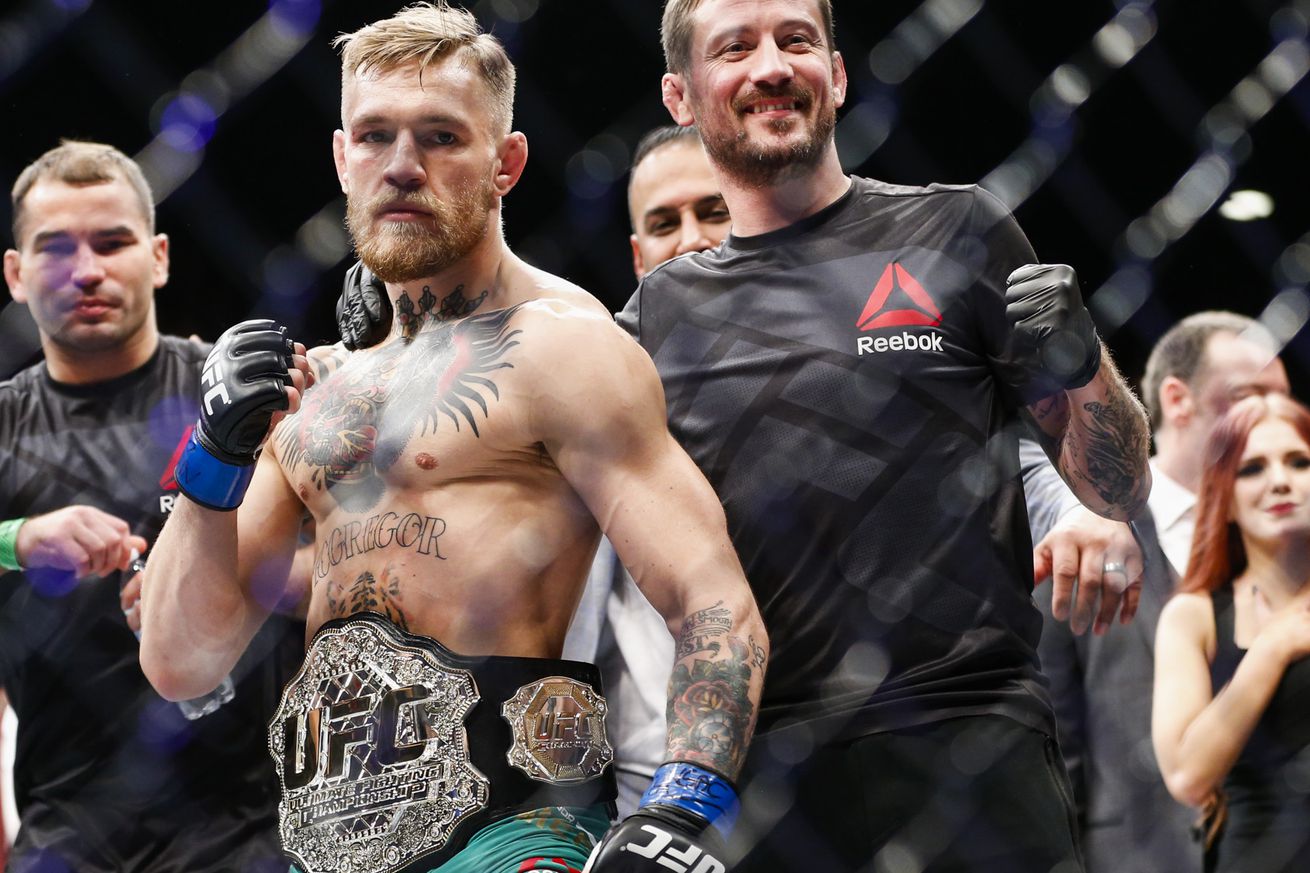 Heading into his rematch with Nate Diaz at UFC 202 on Saturday night, Conor McGregor made some wholesale changes in his training regimen. Namely, he and his Straight Blast Gym coach John Kavanagh have added structure to his Dublin-based training camp. They have structured the workouts to help maximize his endurance come fight night on Aug. 20 at the T-Mobile Arena in Las Vegas.

Or at least, that’s the hope.

After losing to Diaz at UFC 196, Kavanagh took steps to ensure that gassing out early in the fight wouldn’t happen again. McGregor succumbed to a rear-naked choke towards the end of the second round after his cardio faded, and the focus — his coach says — has been on improving his “engine.”

“Each fighter has his own personality, and I’ll model the training camp based around their personality,” Kavanagh said during a spot on The MMA Hour on Monday. “Some fighters you can tell them what to do, and set down a certain schedule. Some you can’t. And with Conor, he has his way of doing things, and it’s hard to argue with somebody who’s going out and knocking out legends in 13 seconds. So his system was working very well for him. But, it obviously didn’t in the last fight. So, we said look, what’s the definition of insanity…it’s doing the same thing and expecting different results. So we changed things up.”

Kavanagh has been with McGregor since well before his days competing in Cage Warriors. With McGregor racing to a 6-0 record in the UFC, and knocking out the likes of Jose Aldo to unify the featherweight title in December, Kavanagh didn’t want to fix what wasn’t broken.

Yet now that McGregor has suffered his first loss — if even a loss that carries asterisks for ….View full article