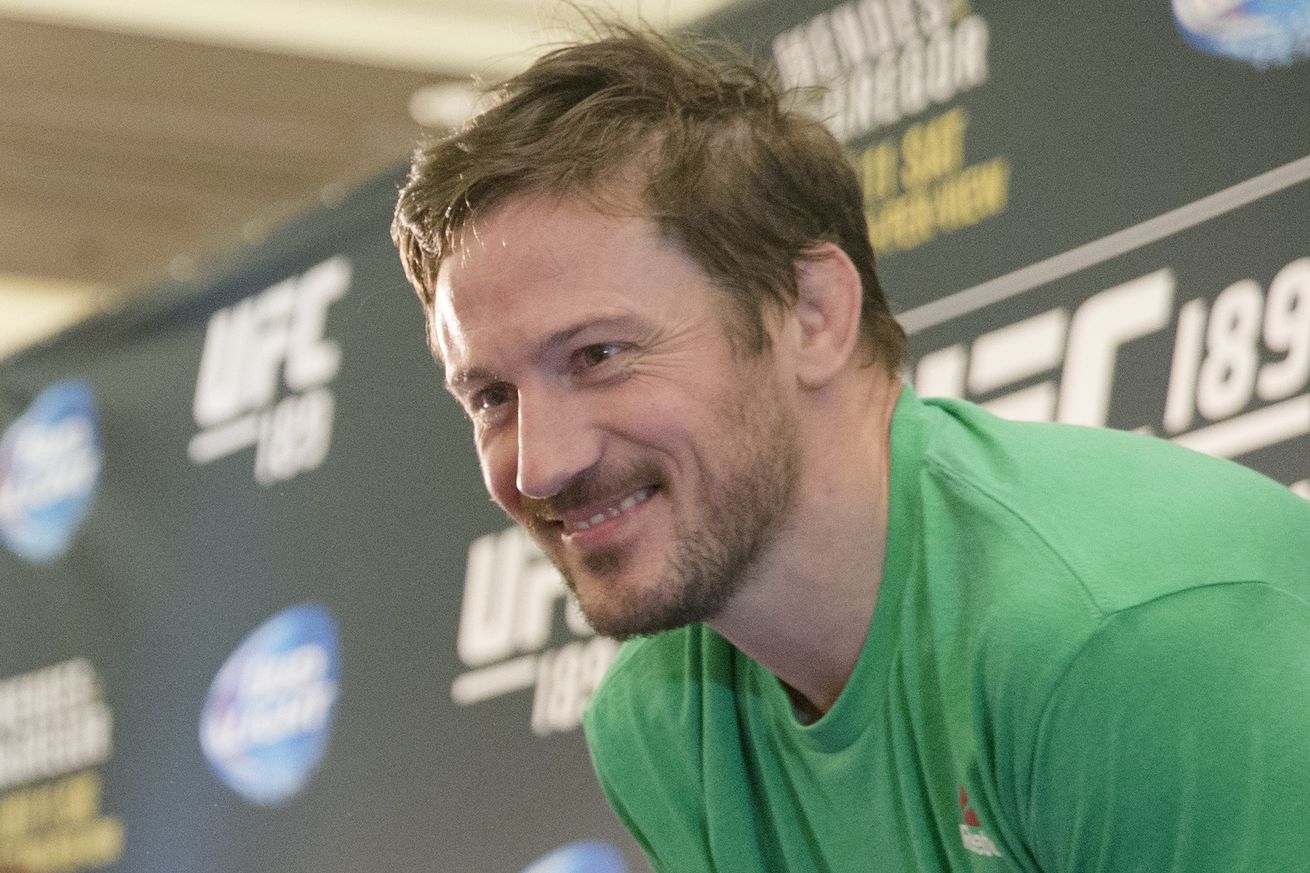 Will he or won’t he?

It might not even be something that needs to be answered after UFC 205. Conor McGregor will have to beat Eddie Alvarez — no easy task — on Saturday night in New York to win the lightweight title for this issue to even come into effect.

But it could. McGregor, the UFC featherweight champ, could end up being the first UFC fighter to hold two different titles in different weight classes at the same time. And, if he does, there’s no doubt the UFC will ask him to drop one of those belts. Many fans will have the same reaction.

Whether or not “The Notorious” gives one up? That’s still up for debate. McGregor has implied in the press that he would. But he has also vehemently said he would not.

John Kavanagh, his longtime coach, told Ariel Helwani on Monday’s edition of The MMA Hour that he has heard no murmurs from McGregor about losing a belt if two end up in his possession.

“I have not heard a hint of him giving up the belt,” McGregor said. “He has never said to me, ‘Oh, I’m gonna hand back the 45 or the 55.’ Any time I’ve heard him talk about it, he’s been very clear, very loud, very vocal about saying he fights very often. Look how close he is from fighting, literally just a couple of months ago. It’s not unusual for a champion to defend the belt once a year or twice a year.”

It’s true. McGregor will have fought four times in 11 months dating back to last December’s 13-second knockout of Jose Aldo. He’s perhaps the most active star in UFC history, especially considering how much money he draws every time out.

Well, there are ….View full article