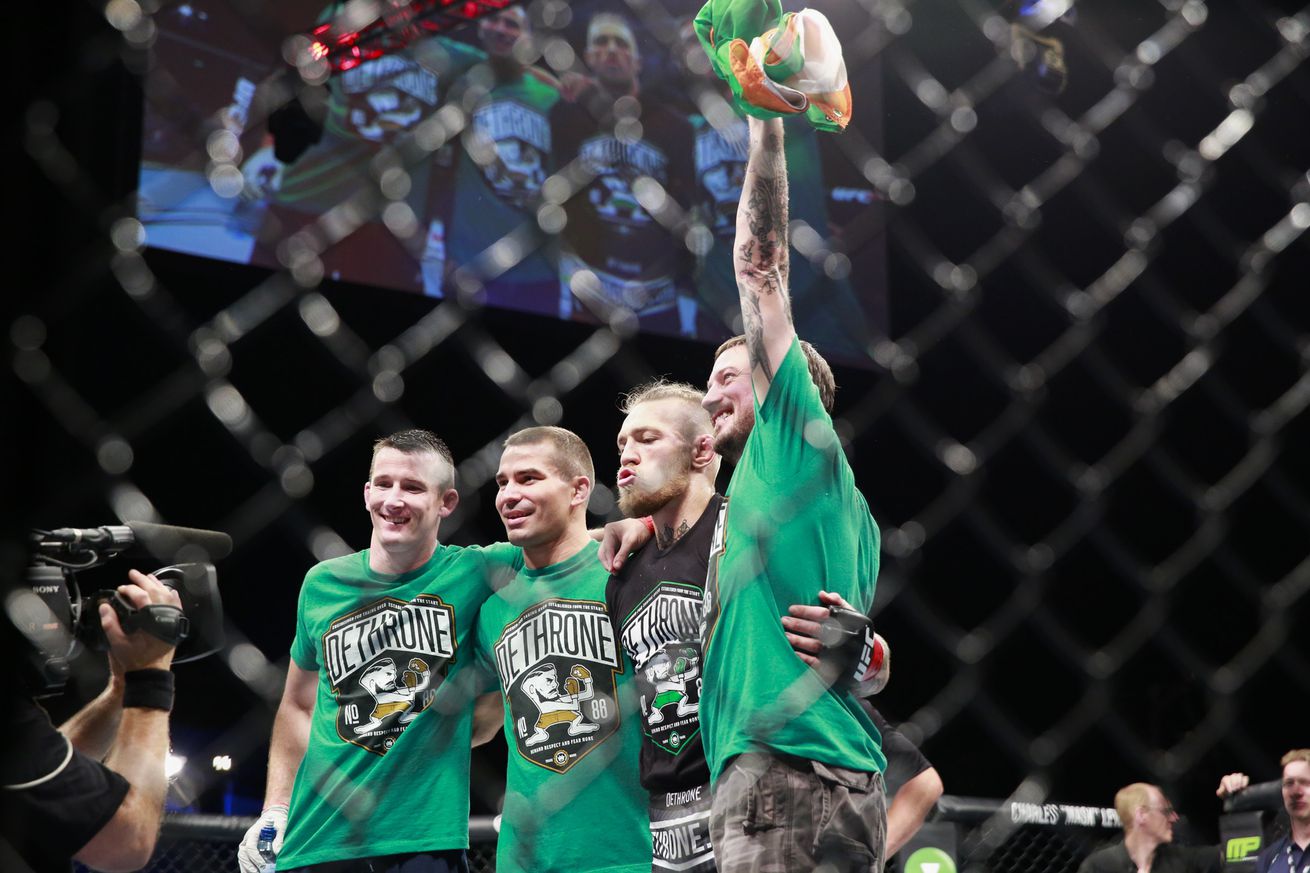 As if the UFC 202 rematch between his charge Conor McGregor and Nate Diaz weren’t big enough, McGregor’s coach John Kavanagh is bringing extra scrutiny to the table. In an editorial he penned for the Irish-based website The 42 on Aug. 8, Kavanagh said that his reputation was at stake in the rematch.

Holding no punches, Kavanagh wrote that McGregor’s performance would reflect him as much as anybody.

“This is a very important fight for Conor, but I also feel that my own reputation as a coach is at stake,” he said. “This contest can be a bit of a game-changer for us all. Some observers who are obsessed with weight classes and belts don’t see this as a very meaningful fight. They’re more interested in seeing Conor defend his featherweight belt and going after the lightweight strap too.”

Kavanagh clarified those comments on Monday during an appearance on The MMA Hour. When asked if he truly believed the stakes were as harrowing as that for himself and his SBG gym, he said he did, because they’ve had many privileges through the circumstances.

“Not everybody would have had the opportunity to do what we’ve done, in that Conor, obviously because of his position in the UFC and his status, was able to get the rematch right away,” Kavanagh told Ariel Helwani. “And we’ve had plenty of time to train for this. That’s all I’ve really done since March 5. This has been an obsession for both of us.