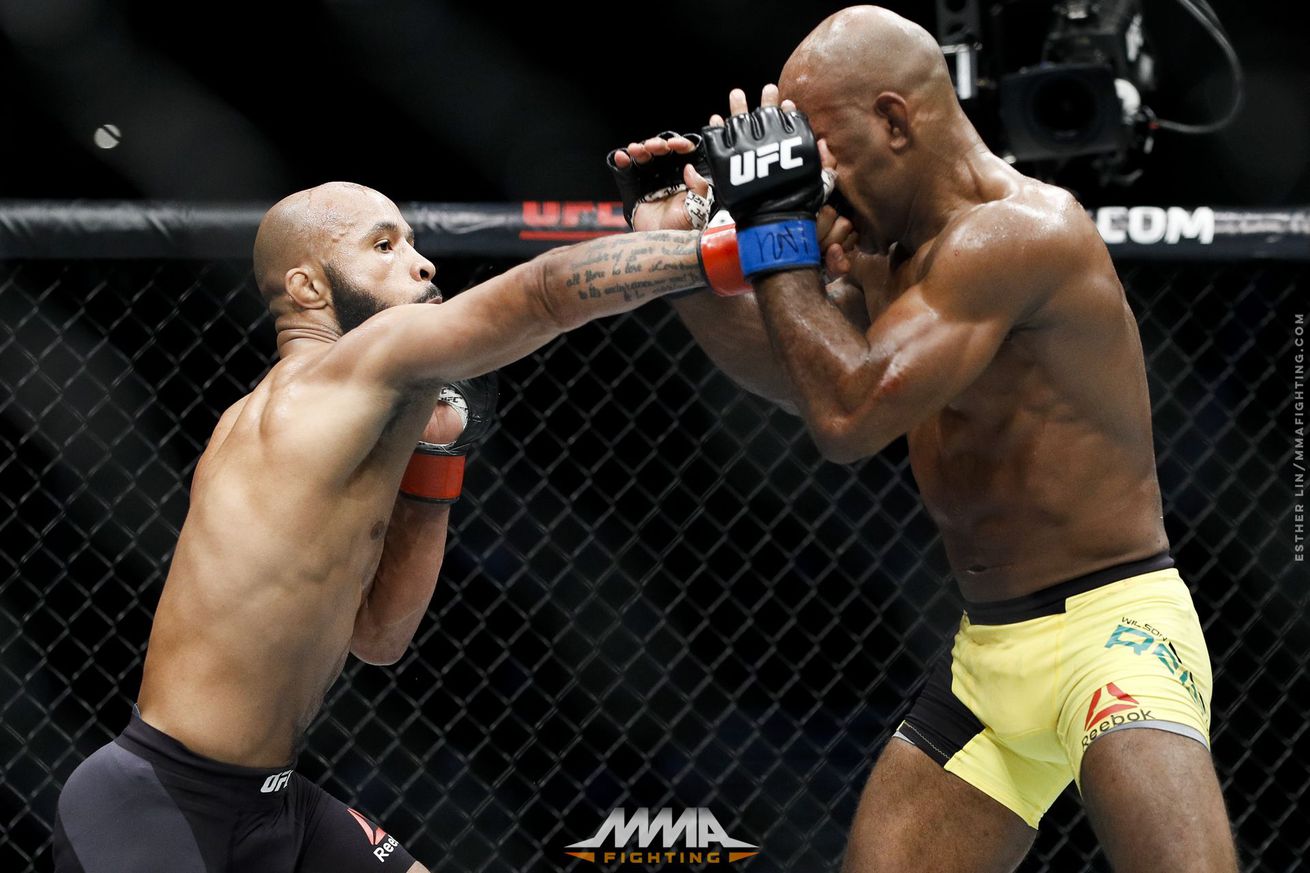 The lure of Demetrious Johnson going for a record-tying 10th title defense, and with Michelle Waterson as support, didn’t sound like a bad attraction. However, the 1.74 million viewers watching based on the overnight ratings was the lowest of any UFC prime time event on FOX to date.

Demetrious Johnson’s performance on Saturday night against Wilson Reis led to a lot of talk about whether he, and not Anderson Silva, Jon Jones, Fedor Emelianenko or Georges St-Pierre, is the greatest fighter in the sport’s history.

While Johnson has made things look easy during his long run as the only flyweight champion in UFC history, his drawing power has always fallen into question. Johnson has not pulled good numbers on pay-per-view, but has always done at least decent numbers when defending his flyweight title in the main event on FOX.

But his going for a record-tying 10th title defense didn’t help him Saturday night, not even with solid undercard backing. Saturday night’s UFC on FOX 24 in Kansas City did the lowest overnight rating in the history of the UFC on FOX series.

That means on the West Coast it is measuring whatever the local affiliates put in that time slot because the UFC aired live at 5 p.m. In addition, most of the Johnson vs. Reis main event, which would be expected to be the highest rated portion of the show, aired after 10 p.m. Eastern, meaning it wasn’t figured in.

FOX had the least viewers of the four major networks on Saturday. However, in the 18-49 demo, the 0.6 tied the NHL playoff game with the Nashville Predators vs. Chicago Blackhawks for second place behind ABC’s airing of the movie, The Ten Commandments, which led everything last night with an 0.8 in the demo and 5.18 million viewers.

On January 26, 2013, his title defense against John Dodson did 3.77 million viewers on the overnights, but was likely boosted by Rampage Jackson vs. Glover Teixeira as Jackson was still one of the company’s best known stars at the time.

On July 27, 2013, his title defense against John Moraga did 2.04 million viewers on the overnights.

On December 14, 2013, his title defense against Joseph Benavidez drew 2.41 million viewers on the overnights.

The number is also disappointing since Michelle Waterson, who faced Rose Namajunas in the co-feature, was coming off a main event win over Paige VanZant, which was one of the best drawing FOX shows in recent years, doing 2.69 million viewers on the overnights.