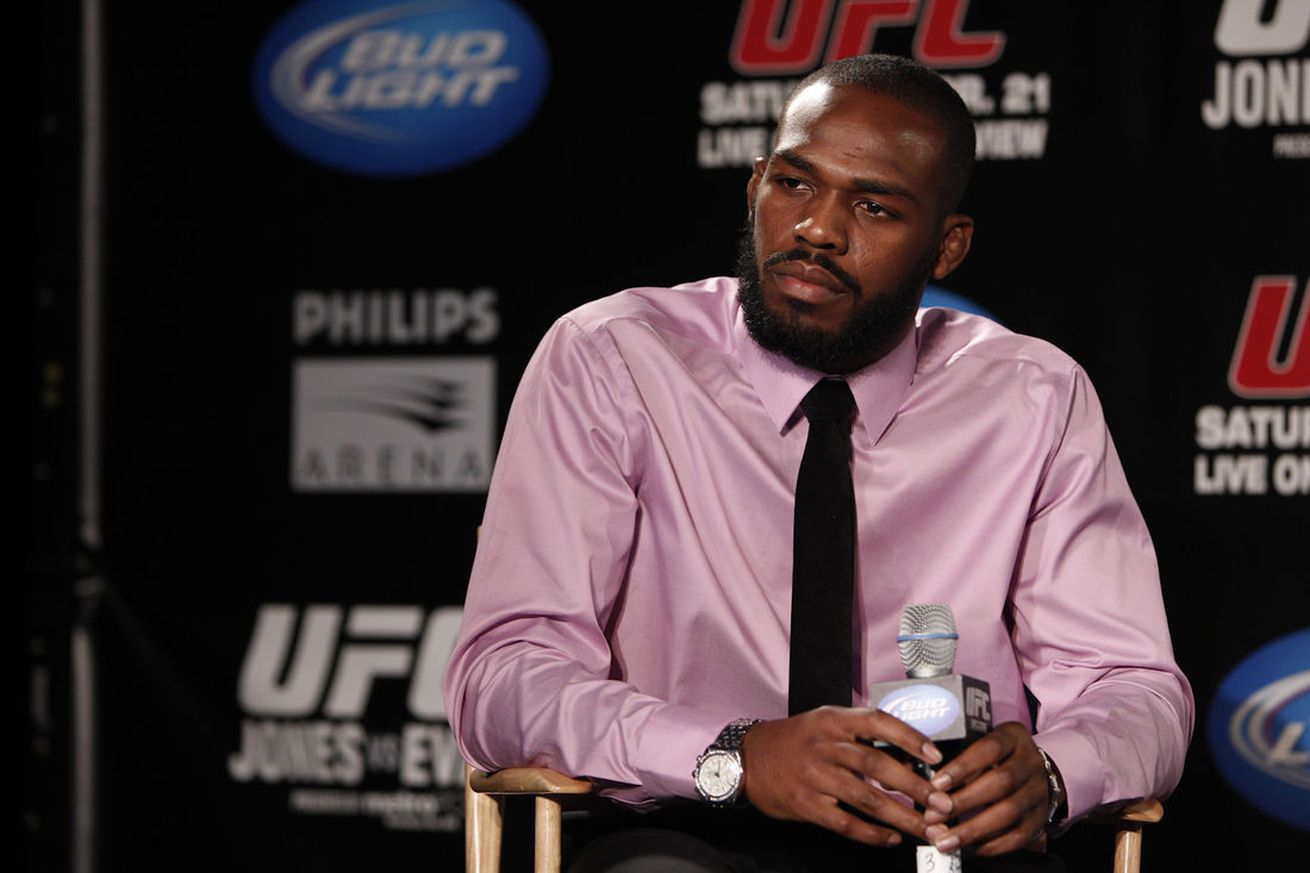 The traffic tickets have come back to bite Jon Jones.

The former UFC light heavyweight champion was arrested Tuesday for a probation violation, according to the Bernalillo County Metro Detention Center website. TMZ was the first to report the news.

Jones was taken into custody at 10 a.m. local time. He was arrested by officers from Probation & Parole, not the Albuquerque Police Department, and taken to the detention center. He remained in custody as of Tuesday afternoon.

Jones was pulled over in his vehicle by an officer from the Albuquerque Police Department on Thursday night and given five tickets, including one for drag racing. Jones denied any wrongdoing in an interview Monday with Ariel Helwani on The MMA Hour.

On Monday, the Albuquerque PD also released the officer’s body camera footage of the Jones traffic stop. An emotional Jones could be heard cursing at the officer and denying he had been drag racing. At one point, Jones called the cop a “f*cking liar” and a “pig.”

Jones was ticketed for drag racing, having a loud, modified exhaust on his car, an illegible license plate, unable to maintain a traffic lane and exhibition driving, an APD spokesperson confirmed with MMA Fighting on Monday.

The tickets would not have resulted in an arrest, except Jones was on probation after pleading guilty to a felony hit-and-run charge in September. A Bernalillo County judge granted Jones a conditional discharge at the time in the April 2015 case. Jones had to complete 18 months of probation and 72 appearances of community service and his felony would be wiped clean.

In January, Jones was ticketed for driving without a license, registration and proof of insurance. He was cleared of those tickets last week and his probation was not affected, but the judge warned ….View full article