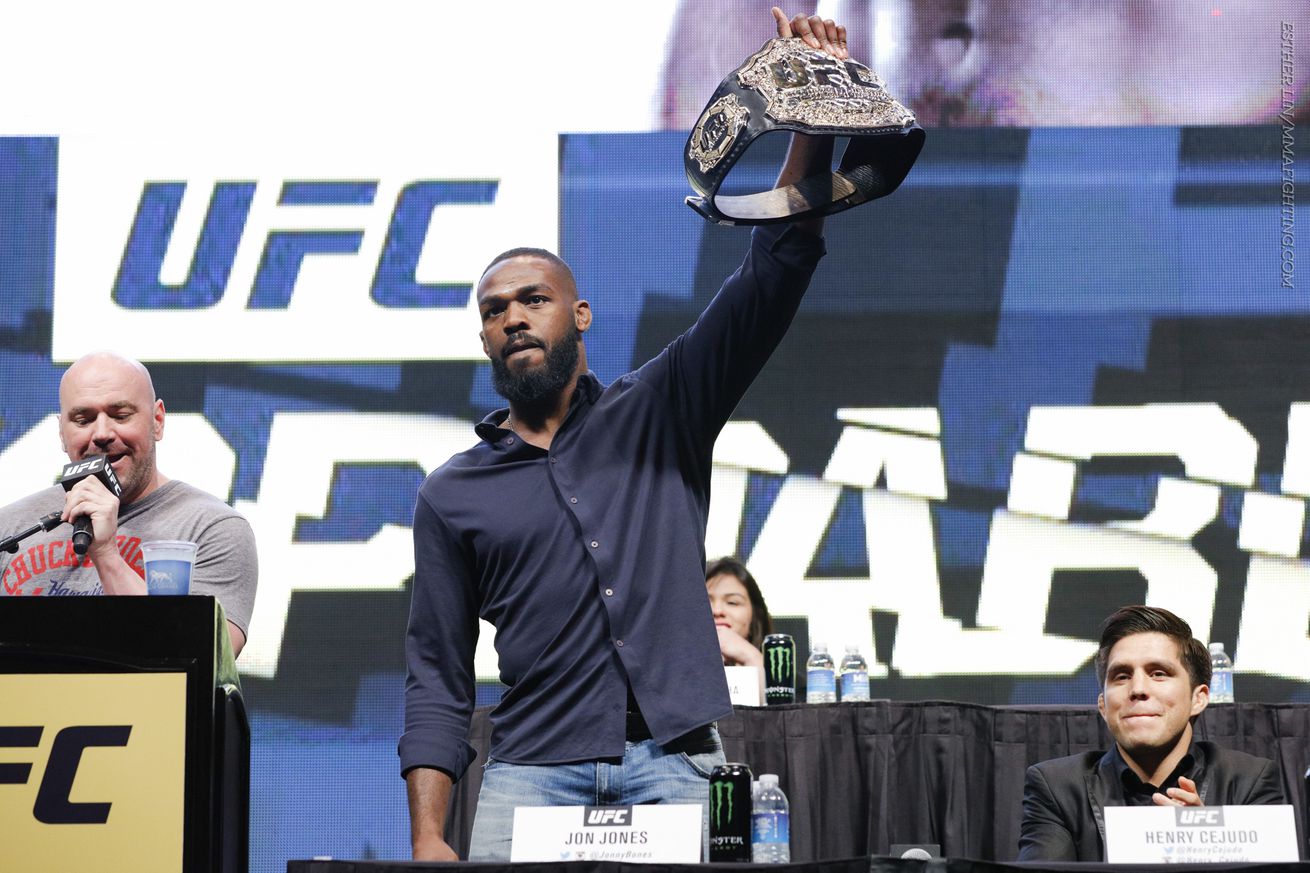 Things are slowly beginning to look up for Jon Jones and Brock Lesnar.

According to the United States Anti-Doping Agency’s policy, both fighters are facing a maximum one-year suspension for their recent failed drug tests, not the usual two-year ban.

The reason for the shorter suspension is because the banned substances the pair tested positive for — Hydroxy-clomiphene, an anti-estrogenic agent, as well the Letrozole metabolite, an aromatase inhibitor, which was only found in Jones’ system — are considered “specified substances” under the World Anti-Doping Agency Code.

Per the WADA Code, “there is a greater likelihood that these (specified) substances could be susceptible to a credible non-doping explanation.” When it comes to specified substances, the WADA Code recognizes that it is possible for a prohibited substance to enter an athlete’s body inadvertently, “and therefore allow a tribunal more flexibility when making a sanctioning decision.”

Important to note that if an athlete is found with a specified substance in his or her system, they could receive as little as a public warning, and if the athlete chooses not to accept the sanction from the USADA, they have the right to go to arbitration, which is normally overseen by the American Arbitration Association, a group independent of USADA. The fighter also has the choice between a single arbitrator, or a three person panel to oversee the case.

USADA has yet to announce what kind of sanction it will impose on Jones and Lesnar.