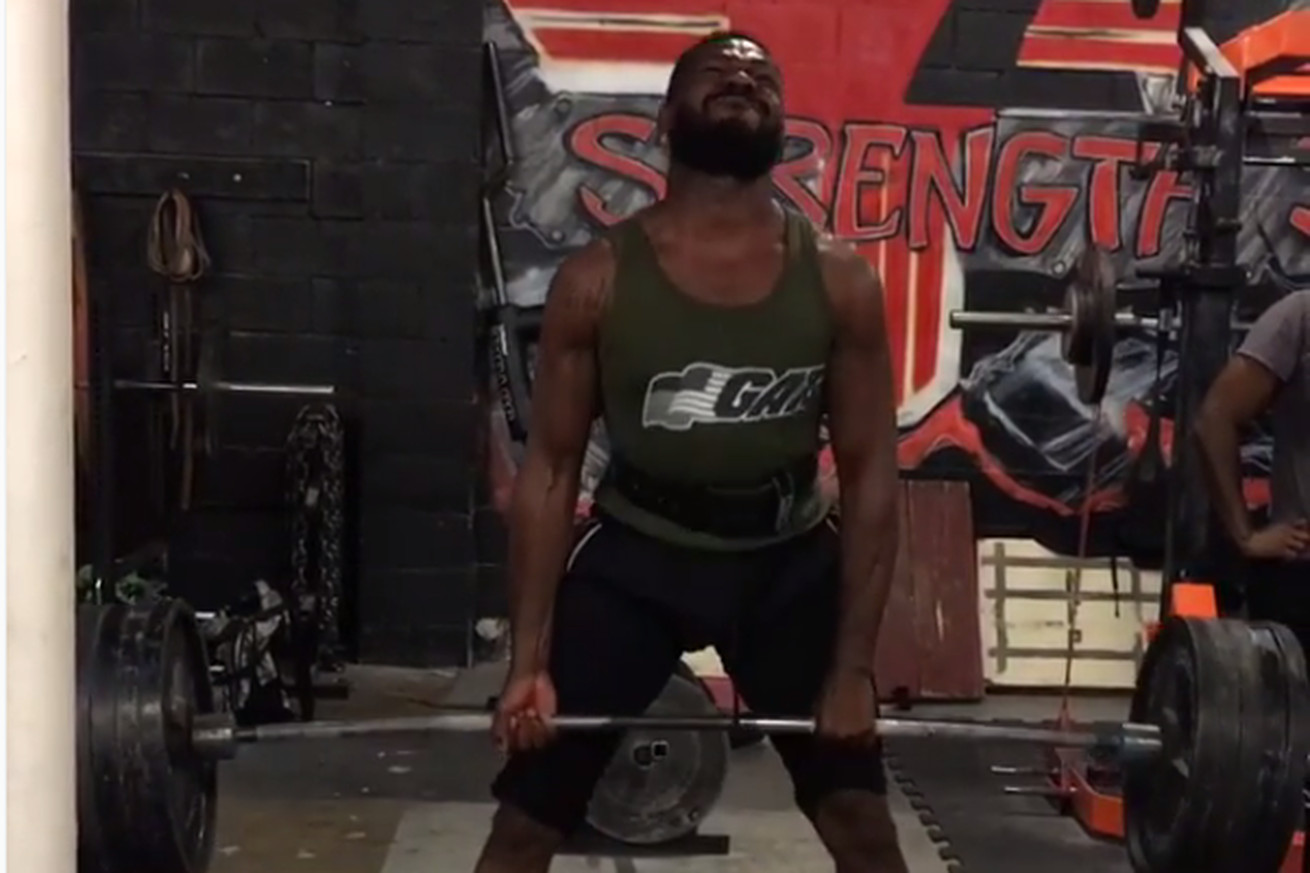 Jon Jones continues to find ways to stay busy while he awaits his arbitration hearing with USADA.

A day after trading shots over Twitter with Matt Mitrione, Jones turned his attention back to an old familiar stomping grounds: the weight room. Check out video below of Jones deadlifting 500 pounds then challenging his critics to “bring on the juice jokes.”

Felt good to throw up 500 pounds today. It’s been over four months, glad to know I still got it. Didn’t even try maxing out. I figured since I have nothing coming up I would work on my base strength.. Bring on the juice jokes.

This isn’t the first time Jones has taken his weight room gains to social media. The former UFC light heavyweight champion seemed to live in the gym during his first hiatus away from the sport in 2015. And with the news that USADA independently confirmed both banned substances found in Jones’ UFC 200 failed drug test were potentially the result of a tainted supplement, it looks as though Jones could be back in action sooner rather than later.