Home MMA News Jon Jones explains why he flipped Daniel Cormier the bird post-UFC 197: ‘I was just being a jerk’
ShareTweet 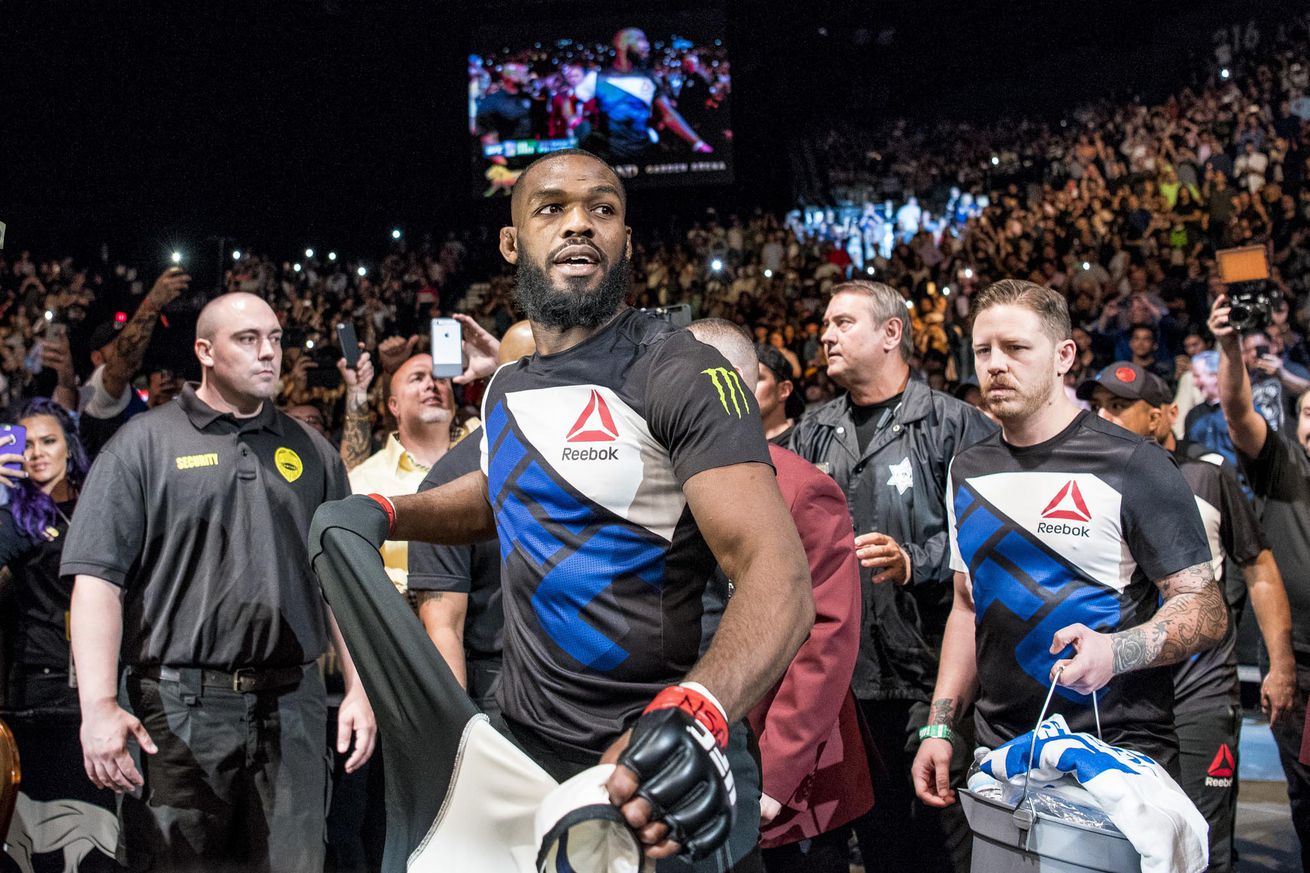 After his unanimous decision victory over Ovince Saint Preux at UFC at UFC 197 in Las Vegas, Nevada (see it again here), it didn’t take long for Jon Jones to add yet more fuel to the fire in his bitter rivalry with Daniel Cormier; as “Bones” took the time to give “DC” — who was on ringside commentating duties — the middle finger salute.

So why did “Bones” Do it? To hear him explain in on the FOX Sports 1 post-fight show, he was simply covering his end in case Cormier was too harsh on him during the fight. Plus, “Bones” jokingly said it was simply him being a jerk.

“You know what, it wasn’t even me and Daniel Cormier,it was just me being a jerk. I wanted to give him the finger, I don’t know why. I don’t know what he said, he was commentating throughout my fight and he may have been really nice and now I’m a jerk, or he could have been talking trash. Either way, I wanted to cover my end so that’s why I said; you know what I said.”

Cormier was originally set to face off against Jones at UFC 197 before an injury forced the Olympic wrestler out of the much-anticipated championship rematch.

Still, with a win over “OSP,” Jon secured himself a shot to reclaim his strap against Cormier, which is now likely to headline UFC 200 on July 9, 2016 in Las Vegas, Nevada. And you can bet there will be plenty of real animosity in the lead up to that bout.

For complete UFC 197: “Jones vs. Saint Preux” results, including play-by-play updates and much more, click here and here.