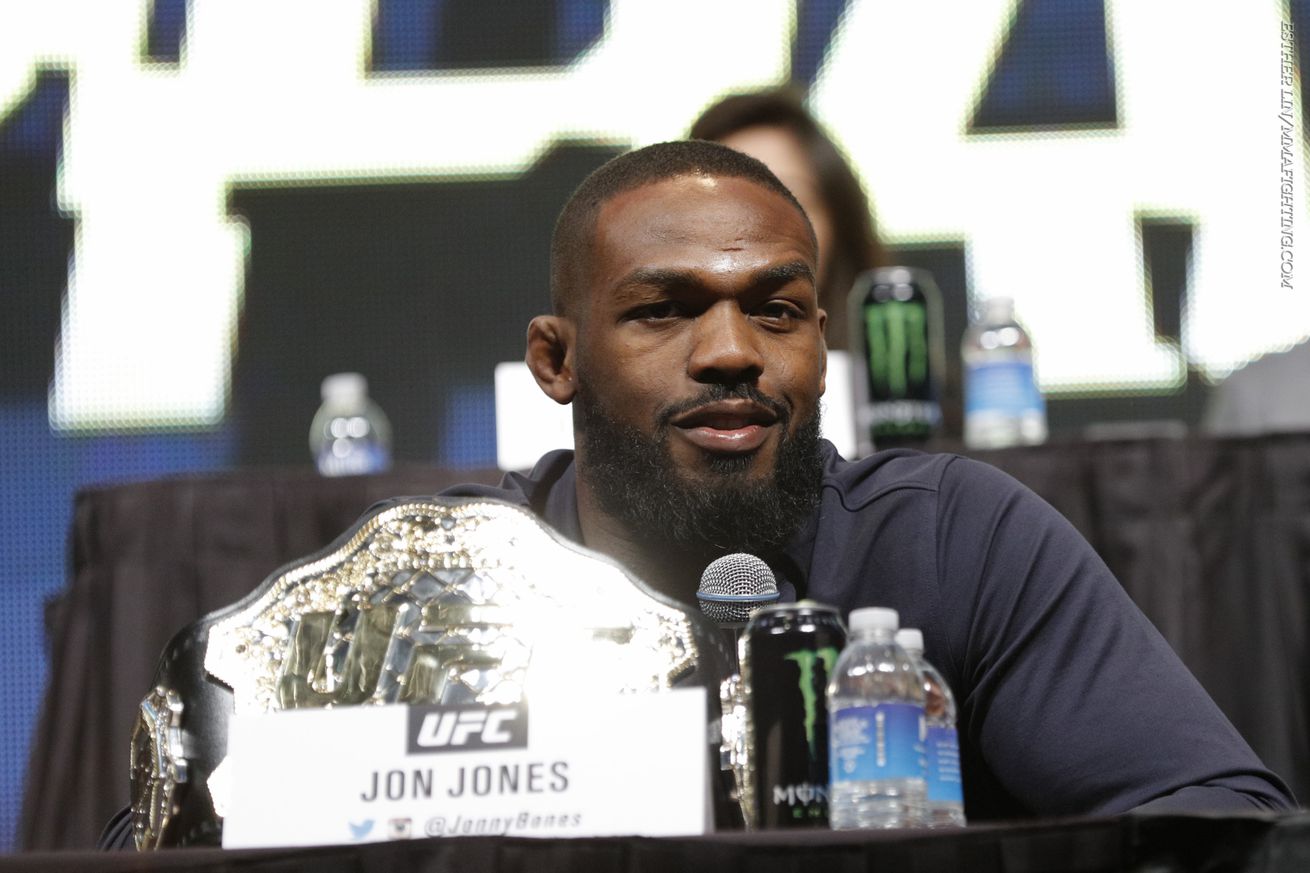 Jon Jones was arrested Tuesday in New Mexico for a probation violation.

“Jon and his team are taking this very seriously, and we will let the legal process play out.

“We are confident he will be released once he has an opportunity to explain to the judge the facts in this case.”

The UFC issued the following statement to the media following the news, as well:

“UFC is aware that Jon Jones turned himself into the Albuquerque Police Department this morning for a potential probation violation stemming from a traffic stop last week.

“UFC has been in touch with Jones’ legal team and will have no further comment until the organization has had appropriate time to gather necessary information.”

According to sources close to Jones, they are confident this latest situation will be resolved in short order and that it won’t affect his ability to fight Daniel Cormier on April 23 in Las Vegas.

“I definitely wasn’t drag racing,” Jones said on Monday’s episode of The MMA Hour. “I got emotional and said some things that I probably shouldn’t have said to a police officer.”