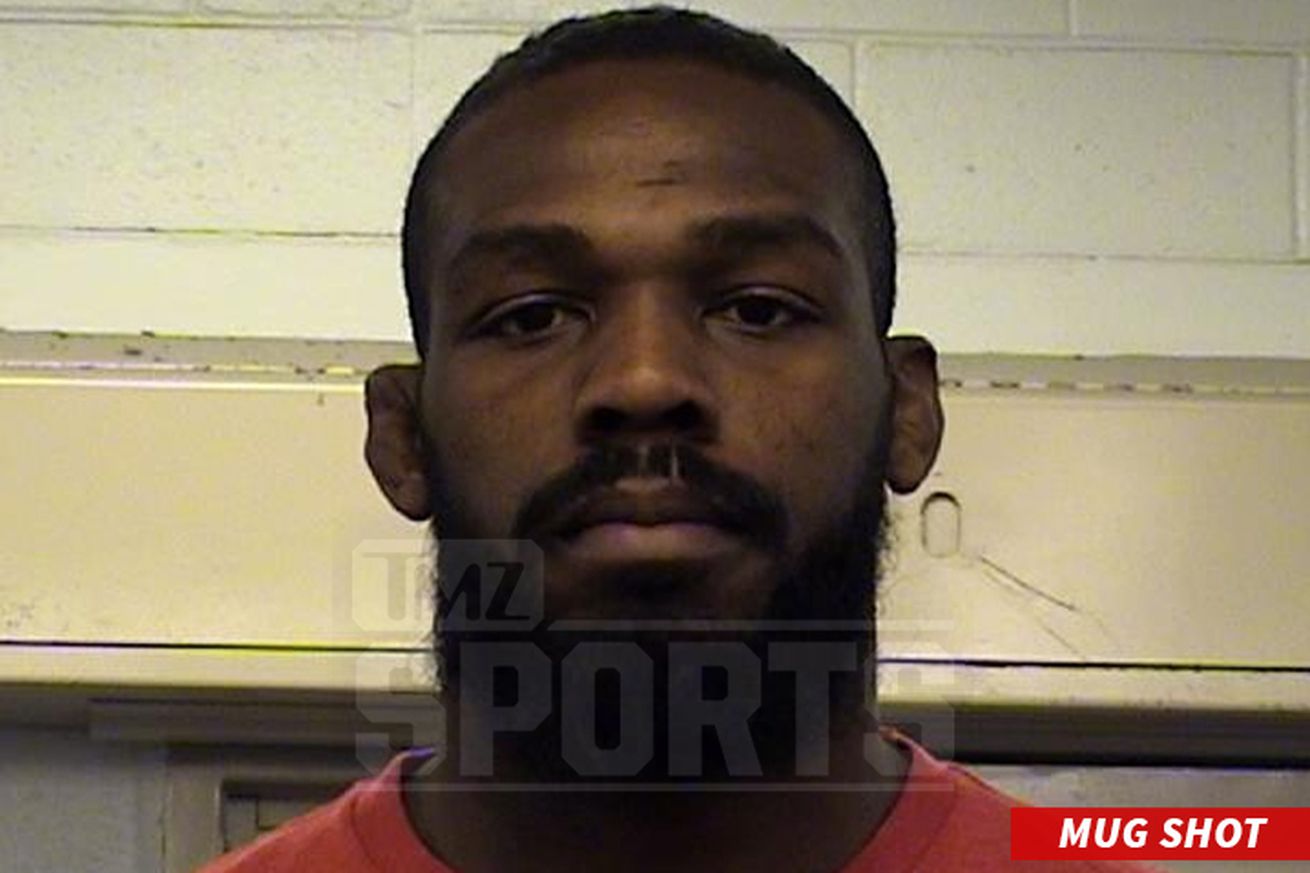 That’s why he was so irate when the cop in question started busting his balls (see the video here) and probably why he looks so pissed off in the above mugshot pic. Then again, it’s hard to get the benefit of the doubt when you continue to make bad decisions.

“Jon and his team are taking this very seriously and we will let the legal process play out,” representatives told TMZ Sports. “We are confident he will be released once he has an opportunity to explain to the judge the facts in this case.”

Jones was arrested and sent to county jail on Tuesday (March 29, 2016) because his citation resulted in a violation of his hit-and-run probation. How that affects the UFC 197 pay-per-view (PPV) main event — if at all — remains to be seen, but I’m sure opponent Daniel Cormier is going to have a field day with this during the pre-fight press conferences.

Stay tuned to MMAmania.com for more updates to this still-developing story.