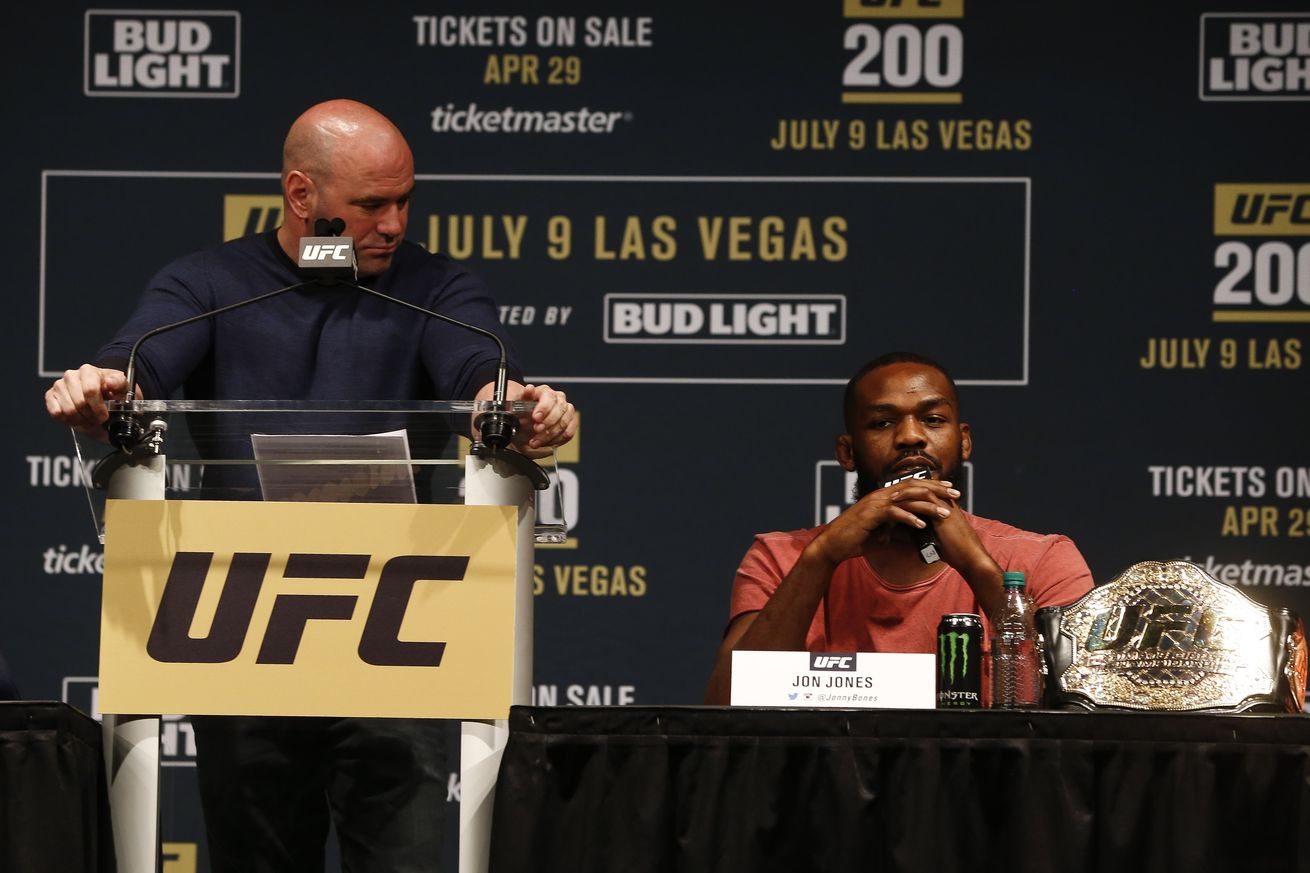 And promotion president Dana White, who no longer wants to take chances with the embattled fighter, will have nothing to do with it.

“I’ll continue to train into July,” Jones told Champions.co. “And when the conversation comes with Ari (Emanuel) who I’ll be fighting, I’ll talk with my coaches and we’ll all see where I’m at, and see if it’s best for me to go for what’s mine.”

What he claims is “his” is the light heavyweight strap.

Jones was forced to part ways with the interim 205-pound title after flunking his UFC 200 pre-fight drug test. That left reigning champion Daniel Cormier to battle Anthony Johnson whenever “DC” gets back from his latest injury.

In other words, just another day at the light heavyweight office.