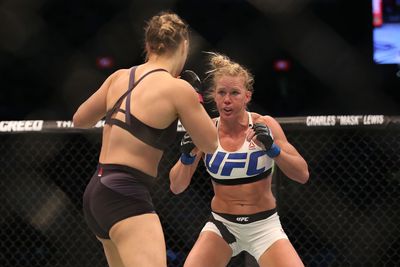 “Bones” is back on social media, this time to congratulate his Jackson-Winkeljohn MMA teammate Holly Holm on her unforgettable knockout victory over Ronda Rousey.

Holm shocked the world as she repeatedly beat “Rowdy” to the punch (recap), took her down and then knocked out the former 135-pound queenpin.

And the former Light Heavyweight champion couldn’t be more happier for his Jackson-Winkeljohn MMA teammate and “big sister.”

Words can’t express how proud I am right now! Honestly can’t think of anyone else who deserves to be a champion more than Holly Holm Congratulations big sis!

The ex-boxing powerhouse Holm was taken back by her ….View original article