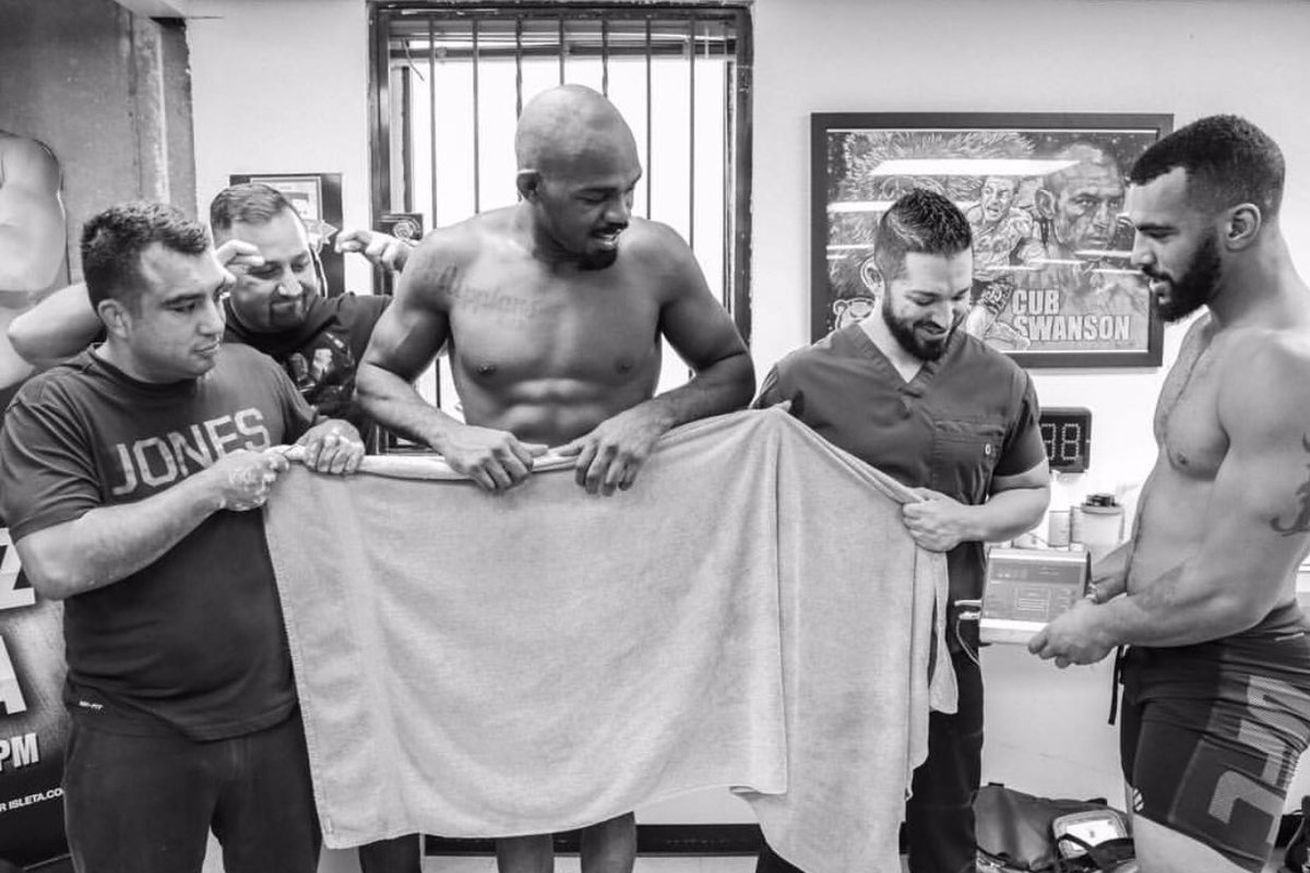 Jon Jones is stepping up his social media game before his heated UFC 214 rematch with Daniel Cormier next weekend.

On Wednesday, Jones took to Twitter to make fun of his rival’s weight issues at UFC 210. Cormier missed weight on his first attempt for his UFC 210 title fight with Anthony Johnson earlier this year, but then came back just seconds later to controversially make the 205-pound limit. Cormier appeared to lean on the towel used to cover his body in order to make the weight and keep the championship fight intact.

Below is Jones’ latest social media shot at Cormier:

All the discipline and hard work is definitely paying off, was a mean 217lbs today after practice. #NoShortcutsToGreatness #CheatingAsshole pic.twitter.com/YpMd22a0ky