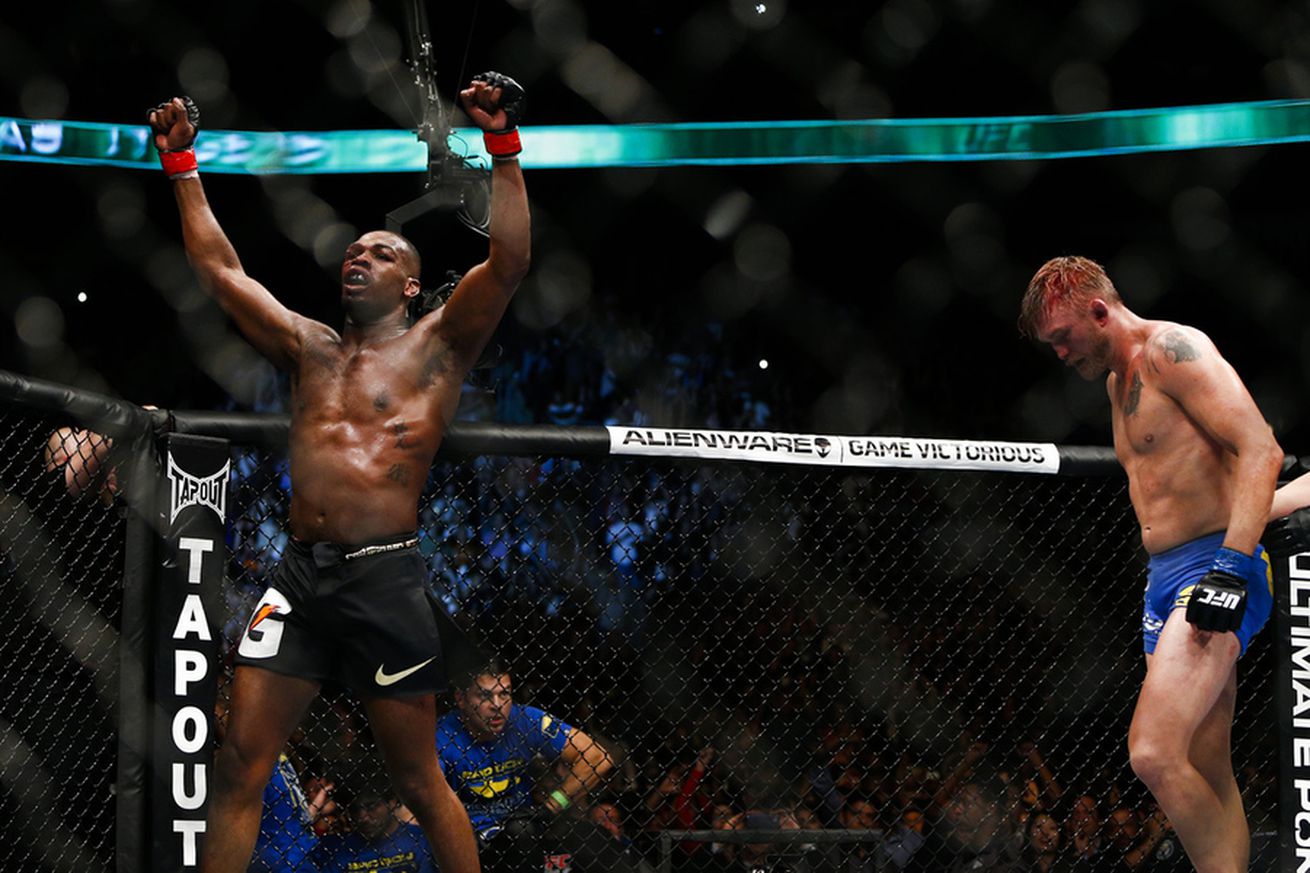 Jon Jones is a little under two months from getting the chance to reclaim the Ultimate Fighting Championship (UFC) light heavyweight title he never actually lost in a fight, as he takes on current division kingpin, Daniel Cormier, in the main event of UFC 197 on April 23, 2016.

For “Bones,” a win over “DC” will not only get him his hardware back, but prove that he is still the best 205-pound fighter on the planet. An issue Cormier is forced to fend off since winning the title in 2015.

But as Jones recently told MMA Junkie, a rematch and subsequent victory against Cormier isn’t the win that is going to erase any doubt, at least in his mind, since he already defeated the Olympian via unanimous decision at UFC 182.

Instead, it’s a do-over against Alexander Gustafsson that is more crucial for his legacy, as “Bones” says he needs to defeat “The Mauler” more convincingly next time around.

“I have those feelings a little more with Gustafsson than I do with Daniel. I already beat (Cormier) by unanimous decision, so I don’t really have this feeling where I have to put him away or get rid of him once and for all. I just need to fight him because he has the belt right now. That’s really what this is all about for me. I feel that way more about Gustafsson. I really need to fight him again just to get rid of all doubt.”

Jones and Gustafsson put on an epic battle at UFC 165 in late 2013 that saw both men have shining moments throughout the five-round affair. And though Jon was awarded a unanimous decision, many felt that bout was much closer.

Some even believed Gus should have gotten the nod.