Home MMA News Jon Jones: Ronda Rousey was ‘very supportive’ during UFC suspension, ‘she invited me to stay at her beach house’
ShareTweet 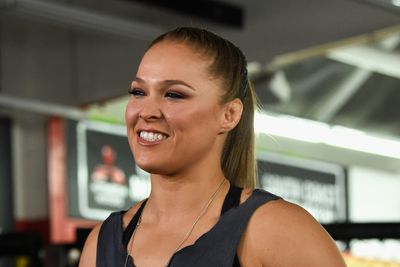 “Bones” maintains the support from “Rowdy” was overwhelming during his time out of the public spotlight.

Back when Jon Jones was at his lowest of lows following a hit-and-run car accident, then women’s Bantamweight champion Ronda Rousey was in his corner.

During his roughly five-month suspension is when “Rowdy” reached out to the former pound-for-pound superstar (via MMA Fighting).

“Ronda has actually been very supportive of me. She texted me quite a few times, man. She even invited me to come and stay at her beach house in California. ‘Jon, you’re going to come back from this. Anything I can do for you, you let me know. If you want to get away, I got a house here and not many people know where it’s at or whatever. It’s your house until you get right. Stuff like that just shows you, man, this girl is on top of the world right ….View original article