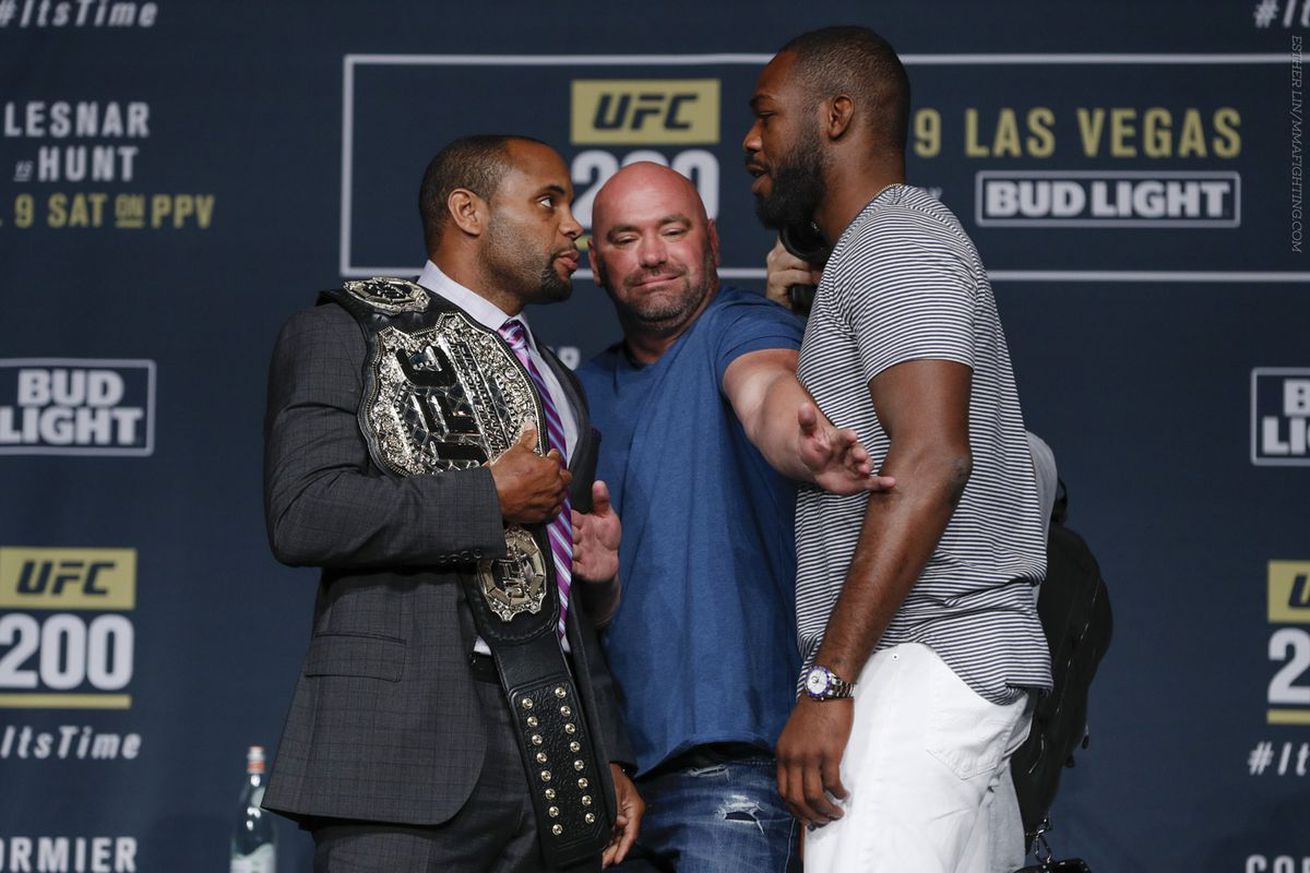 In the latest chapter of the rivalry between Ultimate Fighting Championship (UFC) Light Heavyweight champion Daniel Cormier and ex-division kingpin Jon Jones, “Bones” took the opportunity to troll “DC” over the Fourth of July holiday.

Cormier posted a picture on his Instagram account declaring how proud he was to represent the United States of America as an Olympic wrestler. And despite his achievements in the 2004 Olympic games in Athens, Jones reminded him of his scale fail at the 2008 games in Beijing, which ultimately signaled the end of his wrestling career. 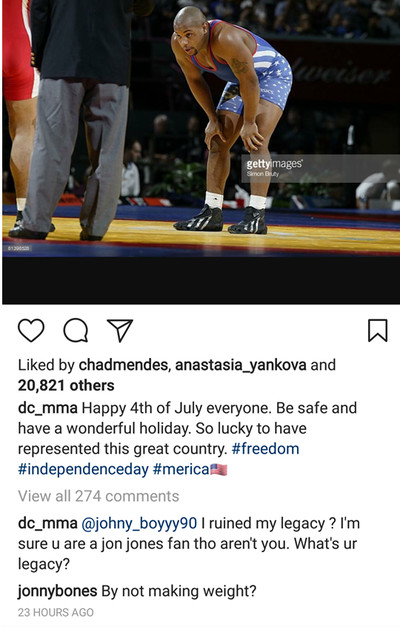 “DC” struggled with a very difficult weight cut during the 2008 games which ultimately lead to kidney failure and his subsequent withdrawal from competing. Soon thereafter, Cormier found his way into mixed martial arts (MMA).

And he hasn’t looked back since.

“DC” and Jones will continue their rivalry on July 29, 2017 at the UFC 214 pay-per-view (PPV) event where they will collide for the second time; though the script will be flipped as Cormier will be playing the part of champion, while Jones will be the challenger for the first time in a very long time.