Home MMA News Jon Jones says he continues to win, unlike other UFC stars, because he doesn’t believe his own hype
ShareTweet 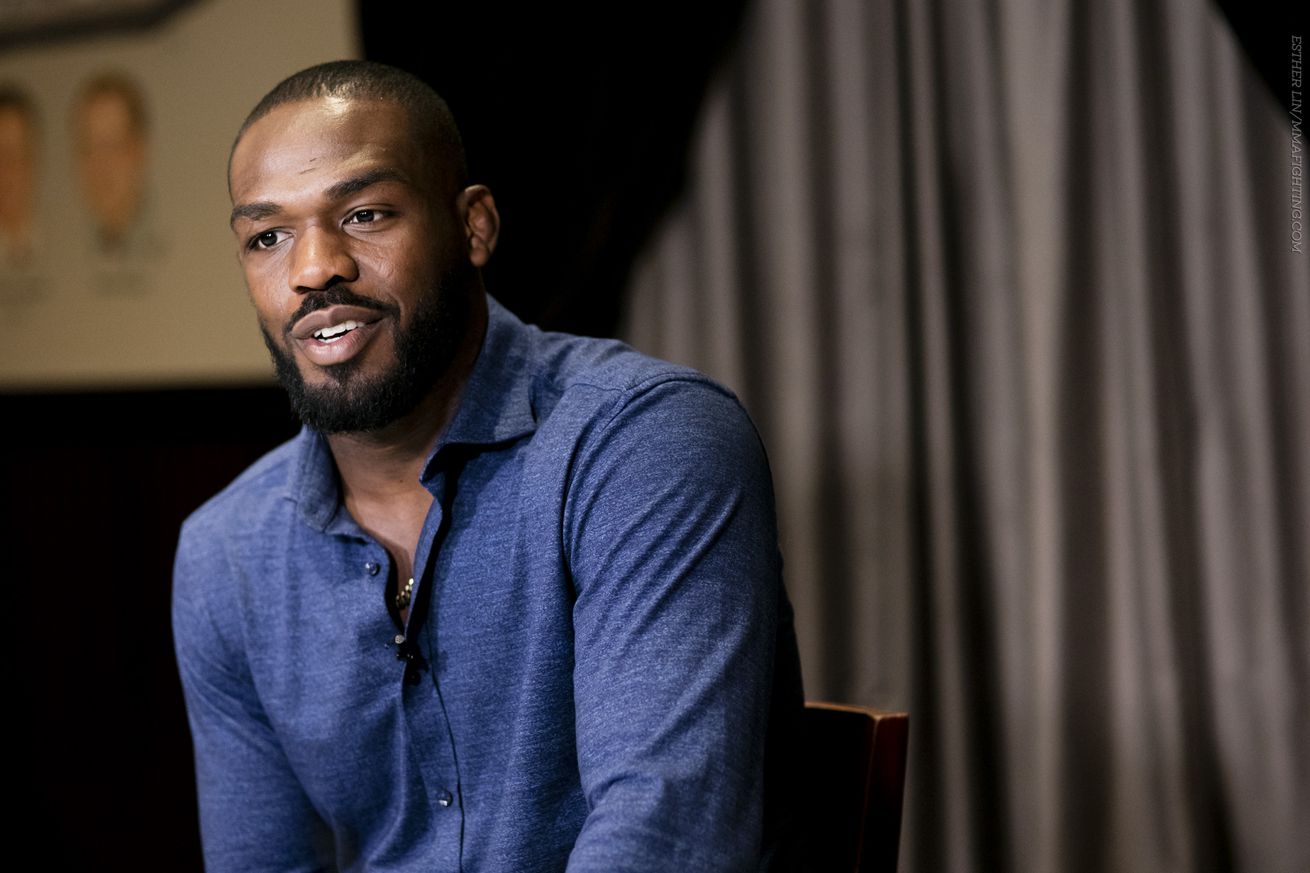 LOS ANGELES — If there’s anything to be learned from the last few months in mixed martial arts, it’s that UFC stars are incredibly vulnerable. Losing is more of an inevitably than anything else.

Conor McGregor was submitted by Nate Diaz back in March. Ronda Rousey was knocked out by Holly Holm last November. Even the most dominant seemingly invincible fighters have fallen.

Except Jon Jones, that is.

Yes, Jones has a loss on his record, but that was a ludicrous disqualification for illegal elbows against Matt Hamill in 2009, a fight that he was on the verge of winning easily. But no opponent has truly defeated Jones in 23 career fights, 17 of those in the UFC.

Jones, 28, said at a UFC 200 media lunch Tuesday here that he owes not losing to the thought in the back of his mind that a loss is always possible, looming on the horizon. He thinks other UFC stars, like McGregor and Rousey, have failed because their self-belief was taken to an unhealthy level.

“I try to exude confidence and I try to be confidence,” Jones said. “Even when I’m not confident, I pretend to be confident. It’s important. But I know that I can be beat and I think that’s why I haven’t been beat, where some of these guys really start to believe their hype.

“Ronda Rousey, they were saying she’s the best fighter of all time and best athlete in the world, stuff like that. And I was happy for her to hear those types of accolades, but once I realized that maybe she was starting to believe it herself, I knew she was in a dangerous spot. Conor McGregor saying these things about just being the baddest dude and ‘I’ll beat anybody at any weight class,’ that’s ….View full article