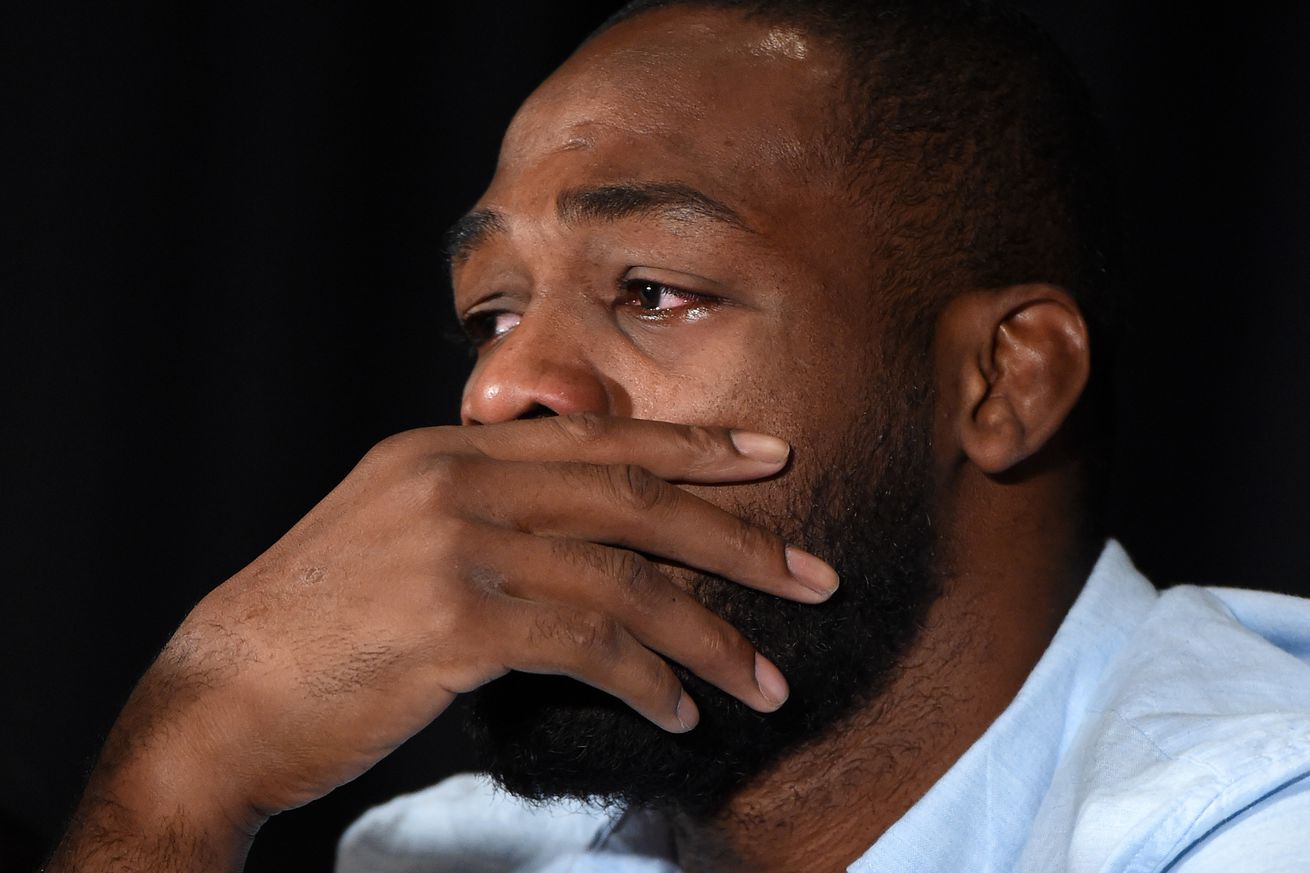 Former Ultimate Fighting Championship (UFC) light heavyweight champion Jon Jones was suspended for one year by United States Anti-Doping Agency (USADA) as a result of his failed drug test ahead of UFC 200 back in July.

That means “Bones” is ineligible to compete until summer 2017.

In addition, he must still answer to Nevada State Athletic Commission (NSAC) later this month, which had jurisdiction over his Daniel Cormier title fight. “DC” fought late-replacement Anderson Silva and will now move on to rematch Anthony Johnson at UFC 206.

More on that showdown here.

Jones was last seen taking an uninspired decision win over Ovince Saint-Preux earlier this year, which marked his return fight after a year-long suspension for legal troubles in his hometown of Albuquerque, New Mexico.

The 29-year-old combatant is largely considered the best mixed martial arts (MMA) fighter on the planet; however, he continues to tarnish his combat sports legacy with constant setbacks outside the cage.

See you next year.