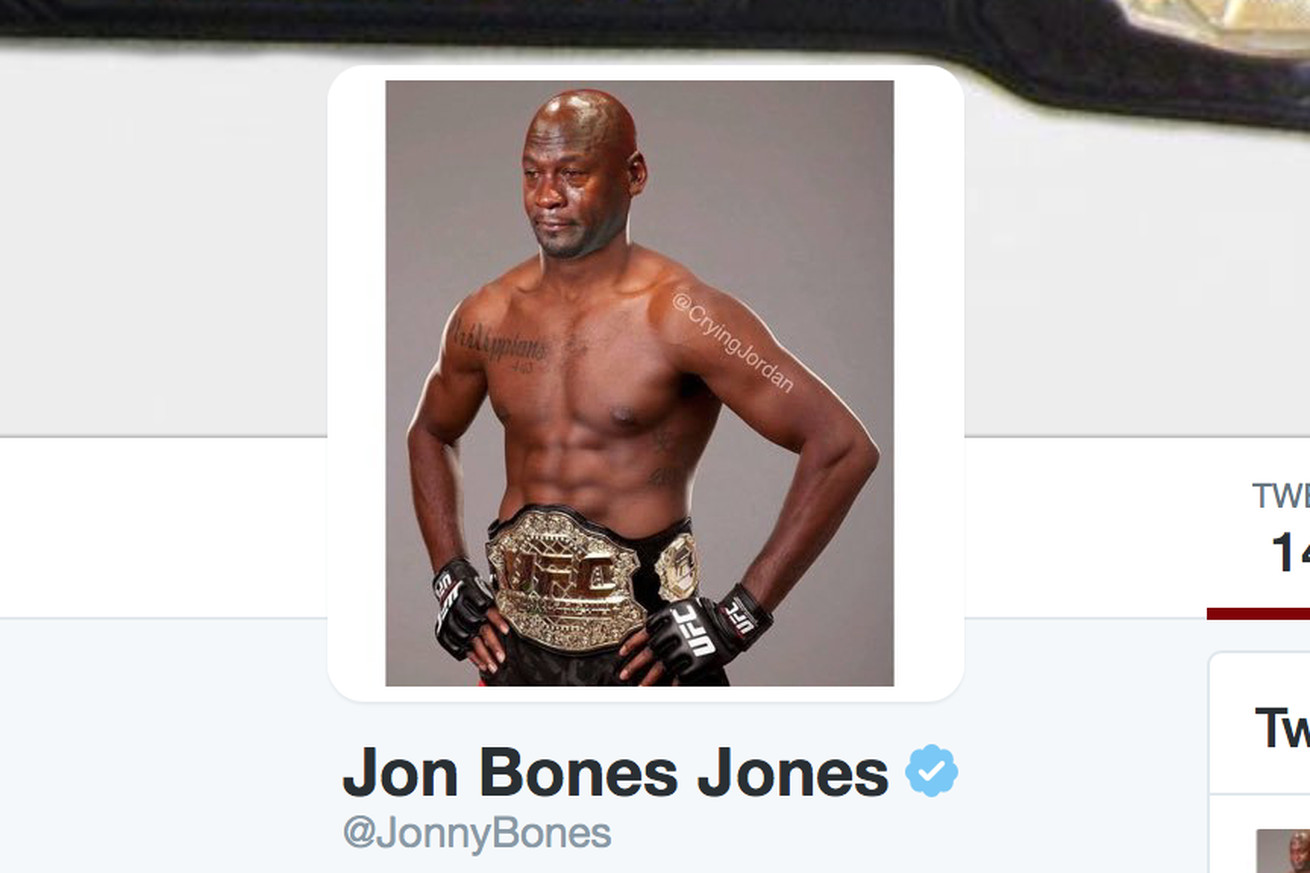 Jon Jones might be the biggest troll in the UFC roster.

The former UFC light heavyweight champion changed his Twitter profile photo on Tuesday to a picture of himself posing with his world title. But instead of Jones’ head, a massive head of a crying Michael Jordan sits at the top of the 29-year-old’s 6-foot-4 frame.

This recent update in Twitter aesthetics comes after Jones’ USADA suspension on Monday. ‘Bones’ received a full ban on his doping case, suspending him from competition for a year. This year-long ban is effective from July, the date he tested positive for the banned substances.

The full ban by USADA is not due to Jones being a drug cheat, but due to his recklessness for taking contaminated sexual-performance pills without making sure that the product was allowed under the UFC’s anti-doping policy and the WADA Code. Jones still awaits a suspension and fine from the Nevada Athletic Commission.