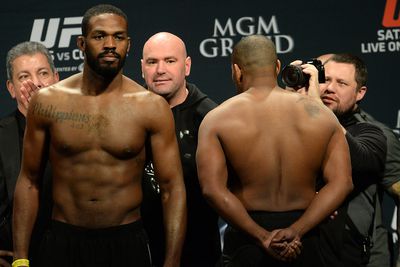 Former Ultimate Fighting Championship (UFC) light heavyweight champion Jon Jones, who is taking care of his legal matters outside the cage (because of this), caught wind of Daniel Cormier’s decision to take some time off after a busy 2015 fight campaign.

Safe to say he was not impressed.

Take as much time as you want, the fire inside of me won’t be dying down anytime soon. #AndStill

Cormier claimed the 205-pound strap (video) after it was stripped of Jones last April.

“DC” quickly responded on Twitter and promised “Bones” that it was only a matter of time before they found themselves in a championship rematch. Jones was able to win a convincing unanimous decision over the Olympian at UFC 182 earlier this year.

But a lot has changed between now and then.

I will take my time. I’ve been fighting against the best in the world not dealing with nonsense. Our time is coming. #growup #urnotakid