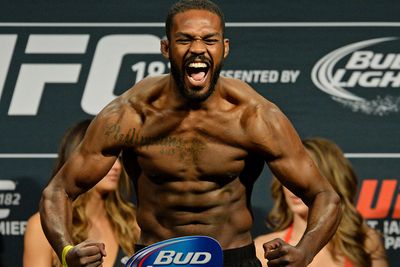 Just don’t expect to see it inside the Octagon.

Former Ultimate Fighting Championship (UFC) light heavyweight kingpin Jon Jones had trouble holding on to sponsors earlier this year after running into legal trouble, but now that he’s back in the fight game and making good on his recent mulligan, sponsors are lining up to get into the “Bones” business.

“This is a very exciting athlete signing for GAT, Jon Jones is regarded as the best pound-for-pound fighter in the world, and we want to support Jon’s mission to once again become the world light heavyweight champion,” said Charles Moser, GAT CEO. “GAT strives to help all of our elite athletes reach their greatest potential, and be the champions of their sport.”

Jones made need those supplements if he wants to break 600 pounds on the deadlift.

“Bones” is expected to rematch Daniel Cormier in early 2016, after “DC” claimed the 205-pound strap that was stripped from his longtime nemesis. No word yet as to when or where the light heavyweight showdown will take place, but it sounds like Jones will be well compensated during his downtime.