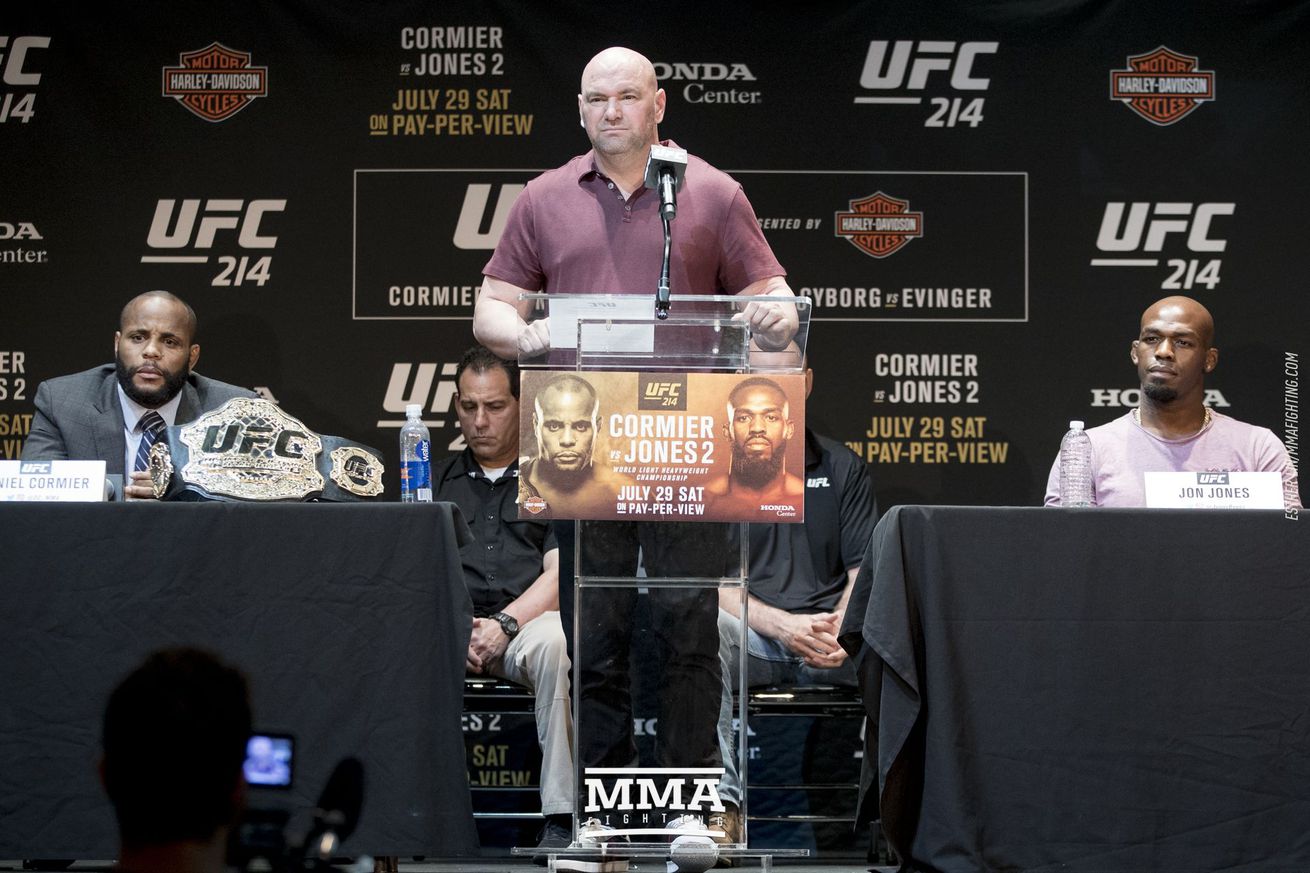 UFC 214, headlined by Jon Jones’ return and his winning the UFC light heavyweight championship from Daniel Cormier, is currently projected to do approximately 860,000 buys on pay-per-view based on cable estimates.

But that fight was the first meeting after one of the most heated personal grudge buildups to a fight in UFC history. It was also two fighters who had the undefeated aura. Cormier had never lost as much as a round in competition, let alone a fight, while fighting much of his career at heavyweight. Jones had never been truly beaten, as his only loss was via disqualification in a fight he was winning in one-sided fashion against Matt Hamill. Aside from one fight with Alexander Gustafsson, he had dominated every fight of his career.

While the rematch had grudge match implications, they didn’t appear as strong. Jones had won the first fight in solid fashion to where there didn’t appear to be as much curiosity or uncertainty regarding the outcome. There was a story in Jones coming to get back the championship he never lost in competition.

With three championship fights, and the strongest main event so far this year, the show was going easily outdistance everything else this year. But pay-per-view numbers had been down all year, and the fight was four weeks before the Floyd Mayweather vs. Conor McGregor fight, which has gotten the bulk of the attention in both the boxing and MMA worlds. It was thought that fight would hurt this one because of the price tag and proximity. Only three weeks earlier, UFC 213 with Robert Whittaker vs. Yoel Romero as the culmination of International Fight Week, was estimated in the 130,000 buy range.

The number sent a positive message that if there is a fight the public is interested in, the UFC’s momentum when it comes to previous shows isn’t much of a factor, and a bigger show in close proximity won’t significantly hurt a top-tier show.

Previous shows his year had ranged from 130,000 to 300,000, although none were expected to do big numbers. But with pay-per-view business down so greatly from 2016, there was a question whether a big fight would bring the pay-per-view audience back at such a large level.

Still, it takes two to tango and the rivalry with Cormier was the key. The number is nearly triple of the 325,000 estimate of what Jones’ previous fight, against Ovince Saint Preux, did. And it was also similarly well above what Cormier did in title fights with the likes of Anthony Johnson and Gustafsson.

A Jones vs. Lesnar fight, which has been heavily talked about, and is not likely until 2018, could be the biggest pay-per-view in UFC history. A big question is what type of numbers Jones would do with the other regular light heavyweights.

Gustafsson would figure to be his most marketable light heavyweight contender at the present time. Gustafsson is the lone top contender who can match Jones in height and reach. Many thought Gustafsson defeated Jones in their 2013 fight in Toronto, which is generally considered the greatest light heavyweight championship fight in history. The fight, which could be rematched by the end of the year, was easily the toughest challenge of Jones’ career.