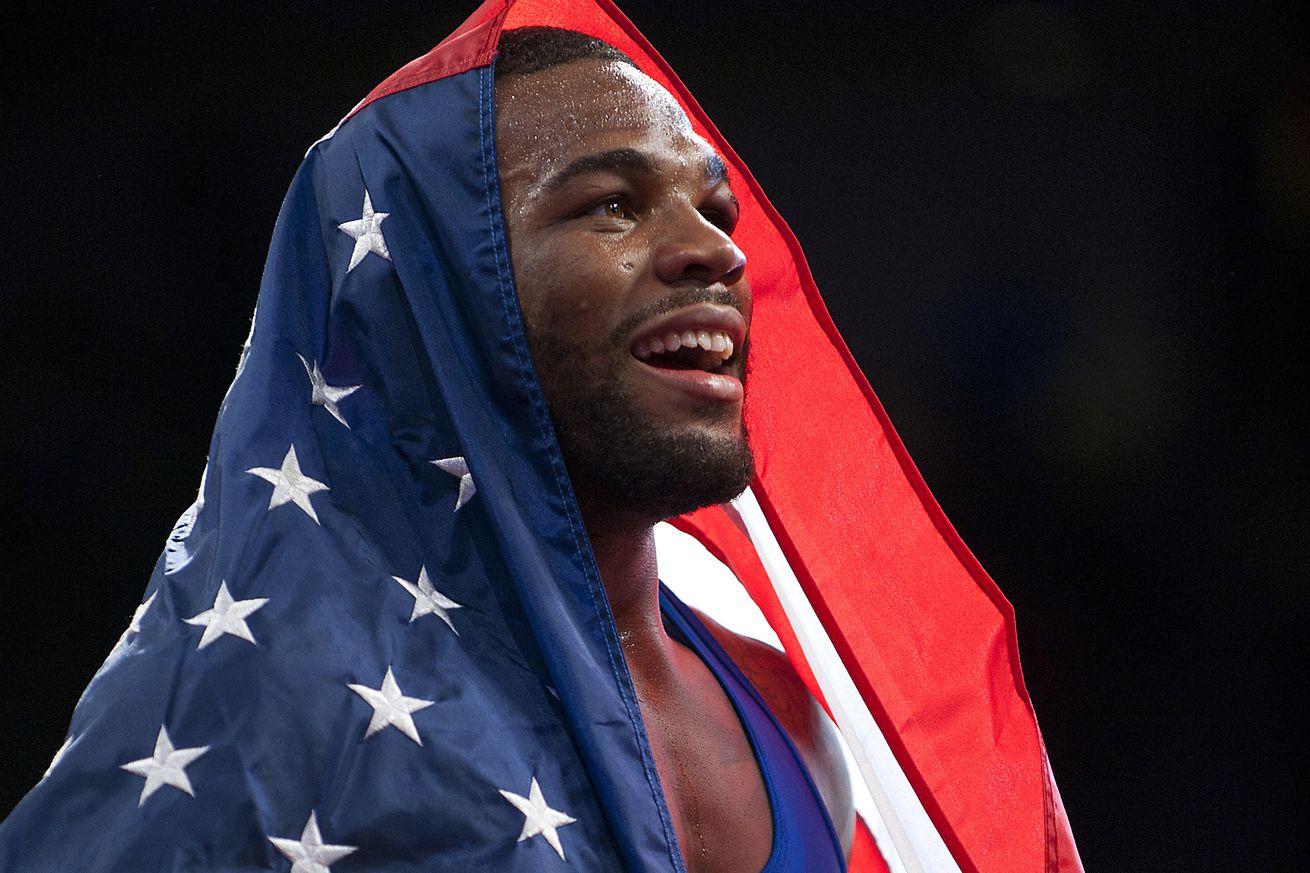 Rumors that UFC is employing favoritism by hiring an elite wrestler to help Conor McGregor’s takedown defense are completely false. But for a few hours on Friday the myth was flying fast and furious.

It all began with a bizarre quote attributed to Frankie Edgar in Elite Daily in which “The Answer” given by the number one featherweight contender regarding McGregor’s wrestling was quite difficult to believe:

I’m sure he’s working on it. He better be. The UFC hired [Olympic gold medalist] Jordan Burroughs to be his wrestling coach. He knows that’s his weakness. It’s not something you learn overnight, especially wrestling. It’s a feel-type of sport, takes time.

Twice now today I have read or listened to completely false or inaccurate “news” reports regarding my husband’s career.

What happened to fact checking or wait…actually “interviewing” someone before you do a story on them? #whereistherealjournalism

I believe the real journalism is closing its doors due to insufficient funds. Sorry, inside joke.

So, what’s with that initial quote? Well, Elite Daily claims to have “caught up with Frankie Edgar” recently in their story. However, if we know Edgar and his unusual statements lately then we’d be remiss not to also mention the name “Ali Abdel-Aziz.”

After all, he’s the man who embarrassed Edgar on Twitter by accidentally misspelling opponent’s names and promising to finish McGregor while using the wrong Twitter account. If Elite Daily received their interview from Edgar via e-mail I wouldn’t be surprised if it somehow crossed the desk of Abdel-Aziz.

That, or Edgar really does believe UFC has such an unfair ….View full article