Home MMA News Jorge Masvidal: Blackzilians talked all that ‘sh*t’ and they ain’t even around anymore
ShareTweet 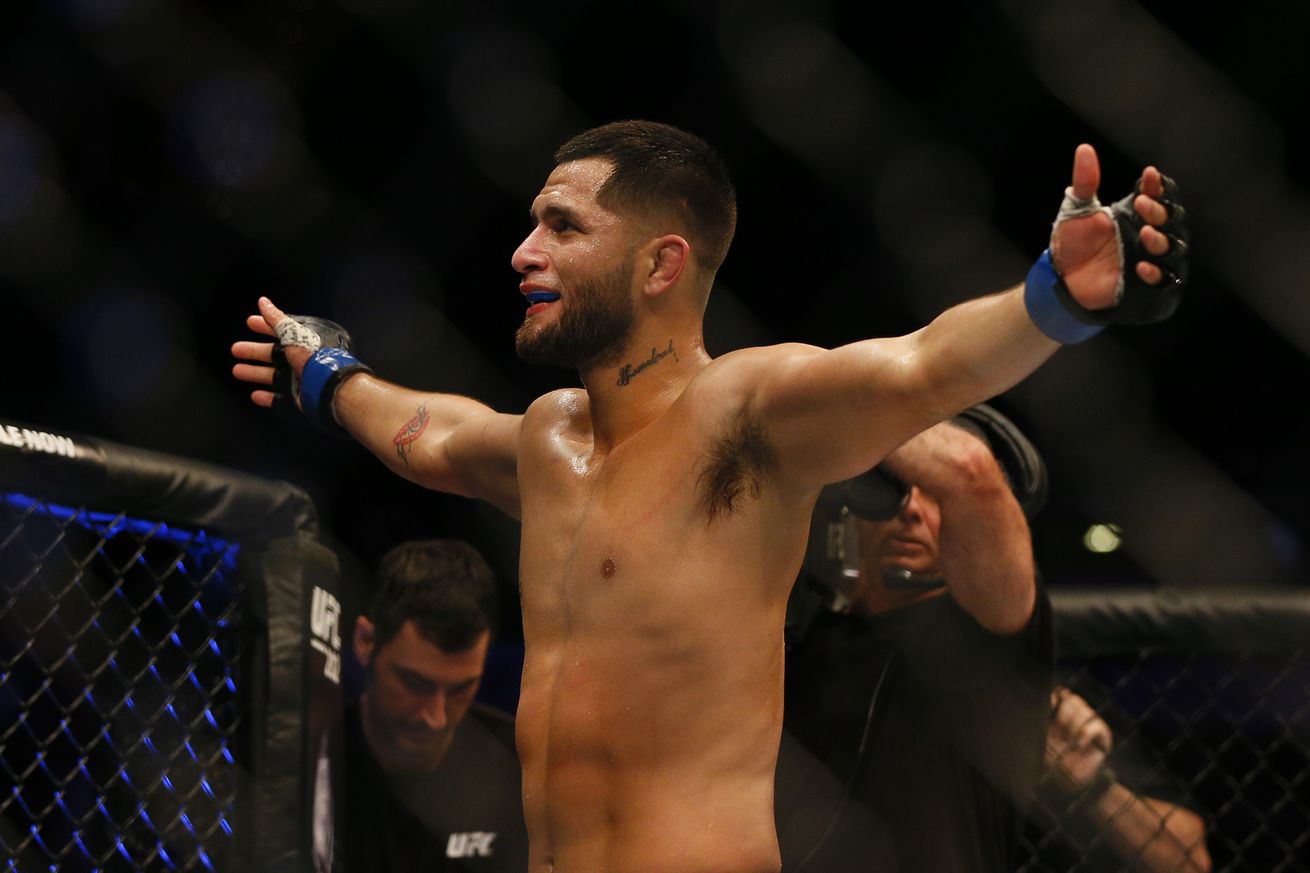 One of the foundling members of The Blackzilians mixed martial arts (MMA) camp, Rashad Evans, recently revealed that though the team hasn’t exactly disbanded for good, there have been rifts within the team thanks to a whole lot of unnecessary high school drama and gossip.

While “Suga” still remains tight knit with a lot of members, the gym they used to train at is no more and striking coach Henri Hooft has parted ways with the squad.

While most don’t like to kick people when they are down , Jorge Masvidal is going to make an exception when it comes to the Blackzilians.

“All the (expletive) they were talking and they say not to kick dudes when they’re down? (Expletive) that,” Masvidal told FOX Sports. “Them dudes were talking hella (expletive). Talking about the Blackzilians being the best team ever and this and that. Them dudes ain’t even around anymore.”

Of course the two teams had quite a beef, seeing as how they’re both Florida-based camps, with Boca Raton being home base for Blackzilians, while American Top Team (ATT) is based in Cocunut Creek, which is about a 15 miles drive between the two.

A longtime member of ATT, Masvidal took exception with the fact that the Blackzilians tried to compare itself or talk down to an established camp such as ATT.

“There’s a lot of talented dudes over there but don’t try to knock something like ATT. We’ve been here a long time and we’re going to be here even (expletive) longer.”

That said, despite the fact that the two teams went at it during a previous season of The Ultimate Fighter (TUF), Jorge says he never saw the camp as real competition.

“Just to clarify a little bit, we were never rivals because we never saw them as competition,” Masvidal explained. “We saw teams like AKA (American Kickboxing Academy), Greg Jackson’s, teams that had been doing it for a while at a high level and not just something that happened over night and were there for a couple months, we see those teams as competition. That’s who we go after.

“We never saw — as much as this might sound weird — we never saw these guys at competition. We just saw them as a bunch of dudes that were talented in a gym near us. They were never competition.”

While Masvidal admits he is “boys” with some of the members of the team, for the most part he has no qualms in saying they were never really a threat to ATT. As proof, he points to his teams three current champions Tyron Woodley (Welterweight), Amanda Nunes (women’s Bantamweight) and Joanna Jedrzejczyk (women’s Strawweight), while Blackzilians have none in UFC.

“Gamebred” will next step foot inside the Octagon when he faces Donald Cerrone in a exciting Welterweight matchup on Jan. 28, 2017 inside Pepsi Center in Denver, Colorado.

For more on that fight and the rest of the FOX-televised event click here.