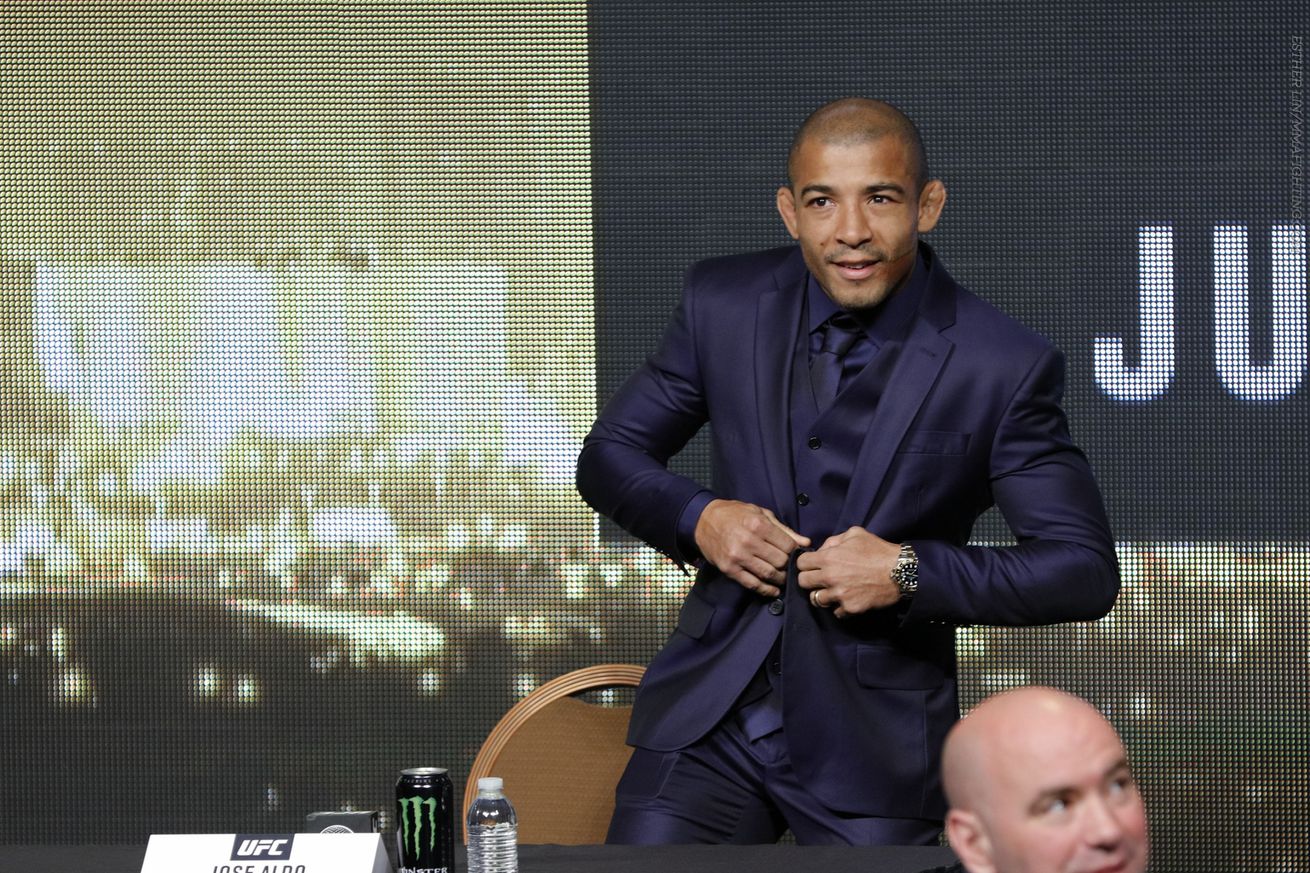 Jose Aldo will fight Frankie Edgar for the UFC interim featherweight title on July 9, but Conor McGregor’s name still surrounds him 11 days before his fight in Las Vegas. Coming off his first loss inside the Octagon, a 13-second knockout to “The Notorious” in December, Aldo won’t use his most recent defeat as a motivation for UFC 200.

“I don’t even look at it. It’s part of the past,” Aldo said of his loss during a UFC conference call on Tuesday. “I only think about Frankie Edgar today and winning my next fight. I don’t look at things in the past, looking and suffering. It’s over, it’s in the past. I buried it, put a rock over it. I walk forward, always.”

Suffering his first UFC loss showed Aldo he had to change a few things in his training, but the Brazilian fighter doesn’t see a reason to compare Edgar and McGregor.

“They are completely different,” he said. “(That loss) is in the past. I look at my next opponent. I try to study and prepare the best way to fight him. … I changed, tried to mix a bit and train like I used to before. A lot of striking and grappling… I tried to mix those things. I stopped and looked back at what brought me to the top as a champion, so I decided to do exactly that. Be more aggressive and show that I really want to win the fight.”

Aldo, who once mocked the interim belt McGregor won after finishing Chad Mendes at UFC 189, doesn’t care about the interim title that is on the line at UFC 200.

“We’re fighting for a chance to get the next title shot,” said the Nova Uniao fighter. “I wanted the immediate rematch, so this is the ….View full article