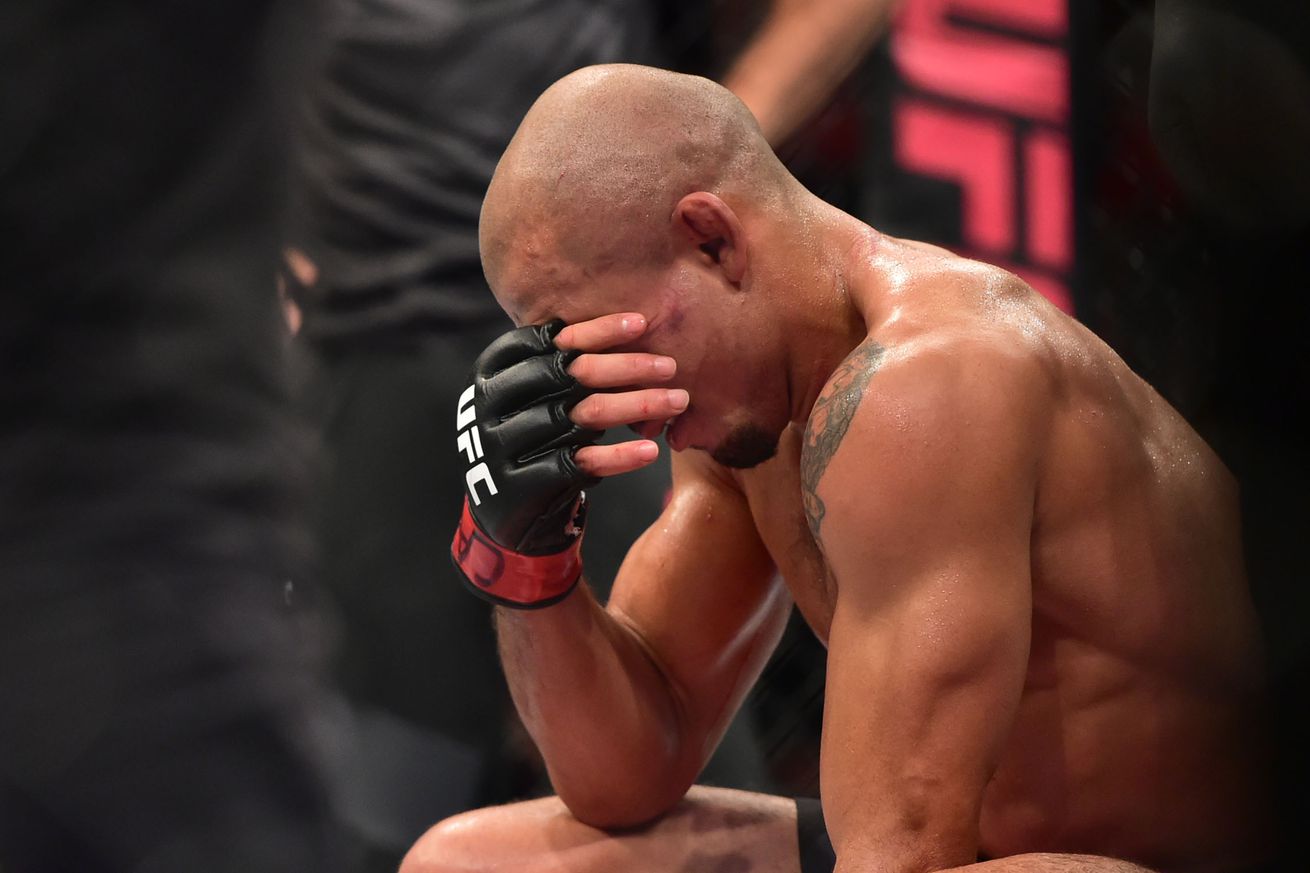 The former featherweight champion sounds more determined than ever to keep fighting at the top echelons of MMA.

Jose Aldo has put out a statement following his UFC 212 loss to Max Holloway, one that resulted in him losing his featherweight title. The loss was only the third of his career, but following a contentious period of near constant fighting with the UFC, many wondered whether “Scarface” might shock the world and hang up his gloves.

Fortunately, that doesn’t seem to be the case. In fact, Aldo seems more driven than ever. Here’s the translated text he released on social media:

“Be content to act, and leave the talking to others” – Baltasar Gracian

I only have to thank my ‘dad’ Andre Pederneiras, the best team in the world, Nova Uniao, because if it wasn’t for them I wouldn’t be the people’s champion, and (thank) all my trainers, who did a super well done job and got me ready, and all my fans who are always with me, here’s my love and my thank you. I’m speechless with all the love I’ve received until today, and every word you send to me. Thank you.

We’ve gotten mixed messages on Aldo’s desire to avenge his previous loss to Conor McGregor as well as his intention to move up to lightweight. And while his TKO loss to Holloway has probably snuffed out any faint glimmer of a McGregor rematch, a run at 155 would be an exciting and challenging move for the former featherweight kingpin.