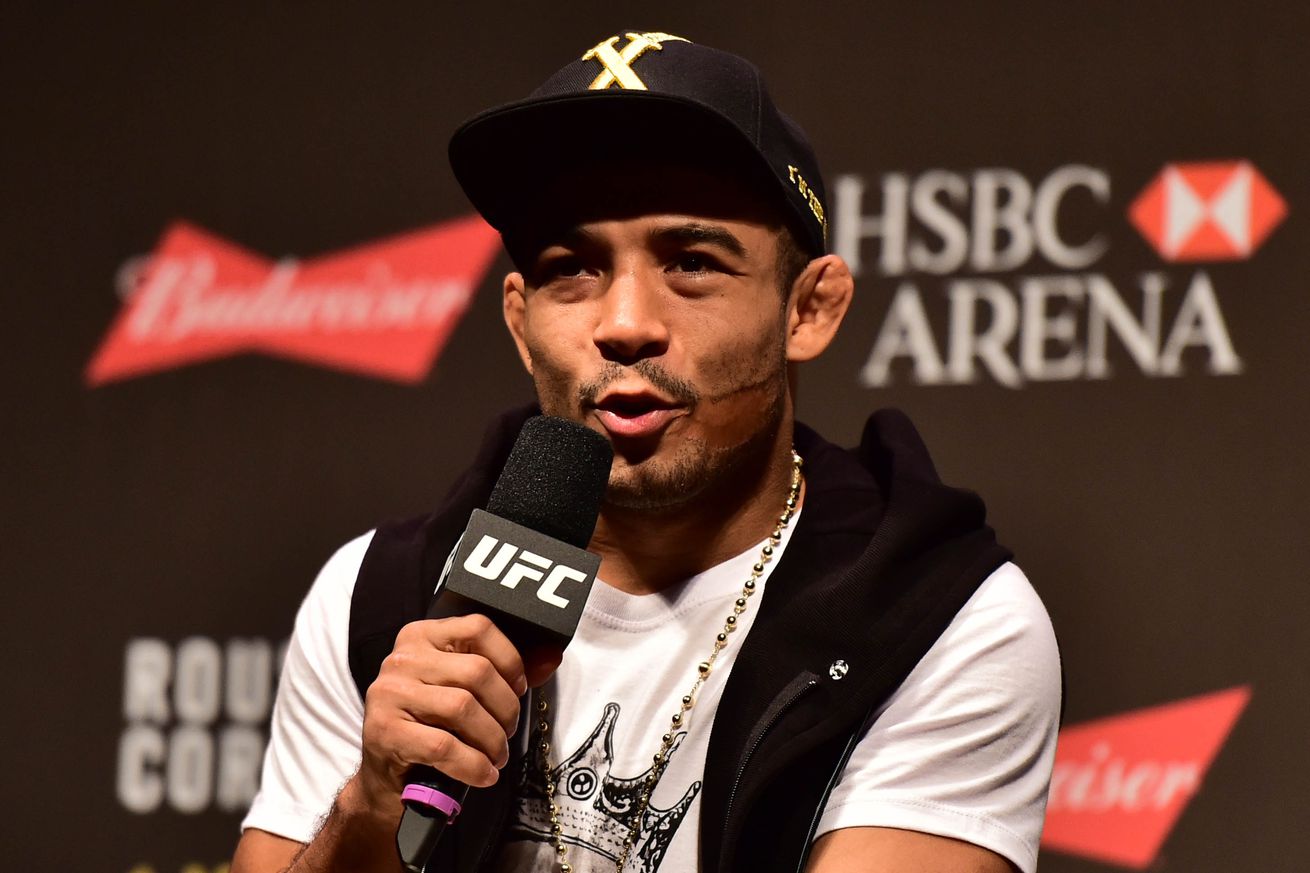 While normally reserved, even when his buttons are constantly being pushed, Jose Aldo broke character when offering up a response to Frankie Edgar’s criticism after “The Answer” picked on Aldo for pulling out of multiple fights with injuries.

As the former featherweight champion stated during a media day in Brazil (via MMA Fighting), he couldn’t care less what Edgar thinks of him and warns the former lightweight king that his talking will be done in the cage.

“You have to know if you’re injured or not before talking. I couldn’t care less what he says or doesn’t say. I know I’m training hard here. I will be in great shape in the fight. I’m hungry to win this fight. There was no fight last time (against Conor McGregor), so we’ll see. I couldn’t care less. Fuck him. I don’t care. I care about my gym and my training. We’ll settle that face to face.”

Aldo and Edgar are set to face off at UFC 200 on July 9, 2016 in Las Vegas, Nevada for the interim 145-pound title. It will be the second time the two men come face-to-face inside the Octagon, as Aldo defeated Frankie in the main event of UFC 156 three years ago.

And Edgar expects pretty much the same outcome this time around, as he says despite being known as one of the quickest men in MMA, Edgar won’t be able to to keep up with his pace.

“My striking. He won’t even see me. If he thinks he’s fast, it’s a whole different speed. He will be frustrated standing in there. (Edgar) was doing five-round fights, except the last one. Chad (Mendes) was better, controlling the fight, and (Edgar) connected a punch and it’s over. I don’t see this big ….View full article